A few months ago, I posted some video and pictures of a tilt-rotor quadcopter called iQuad. Since then, I've been working on building a new version of iQuad which is lighter, has a cleaner design, and adds FPV. The new iQuad weighs 1600 grams w/o batteries (down from 2260) thanks to a carbon fiber body and custom-built rotation mechanism and landing legs. My goal for this version is to achieve faster forward flight and eventually add 3D-printed wings to get airplane-like flight characteristics.

The previous iQuad used unmodified arducopter firmware, with the tilt servos being directly controlled by one of the channels on my radio, which limited the tilt angle at which the APM was still able to produce stable flight. For this version, I am going to control the tilt servos directly from the APM, for which I'll need to write some custom firmware. (any help would be appreciated as I am new to arducopter development)

Here are some more photos: 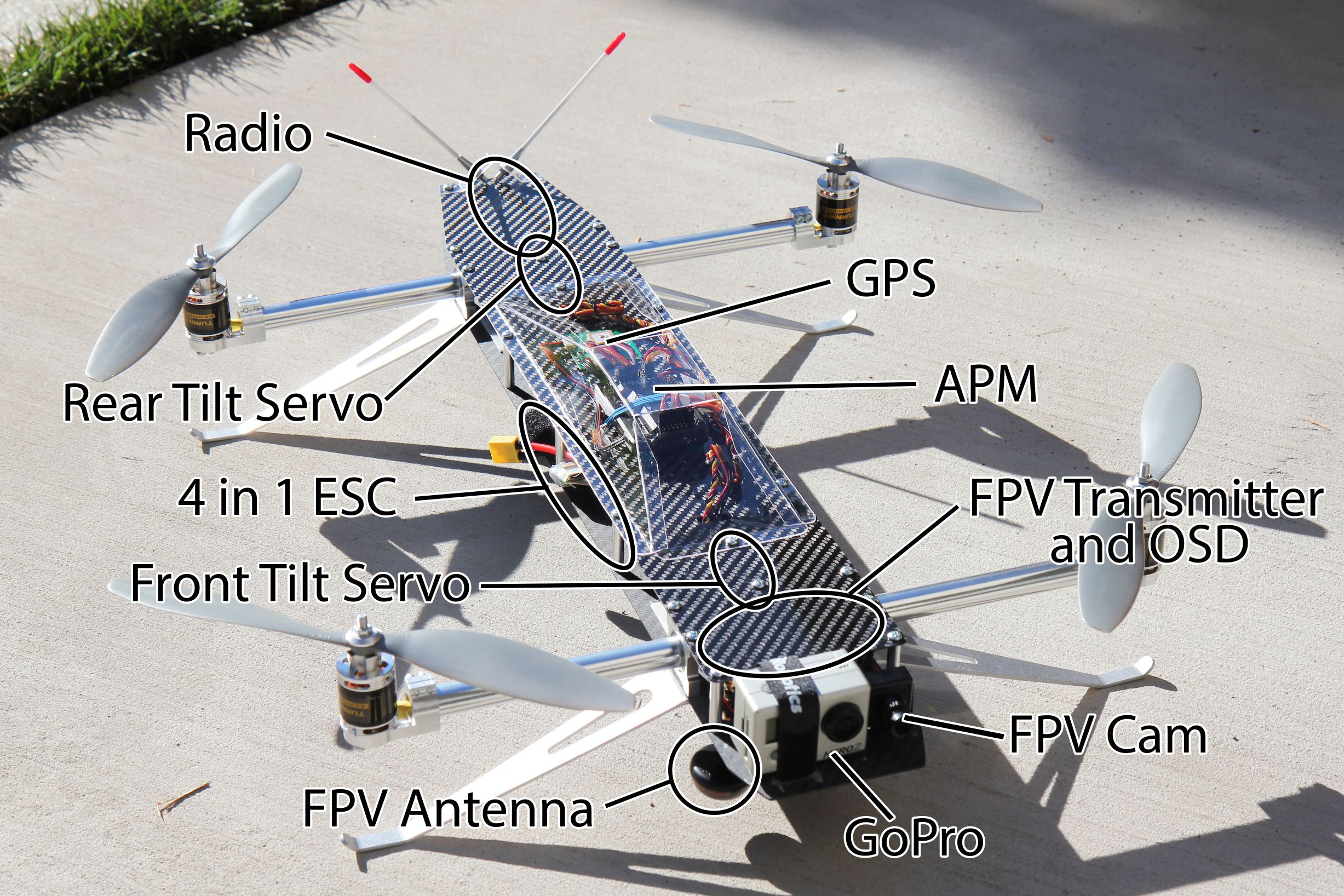 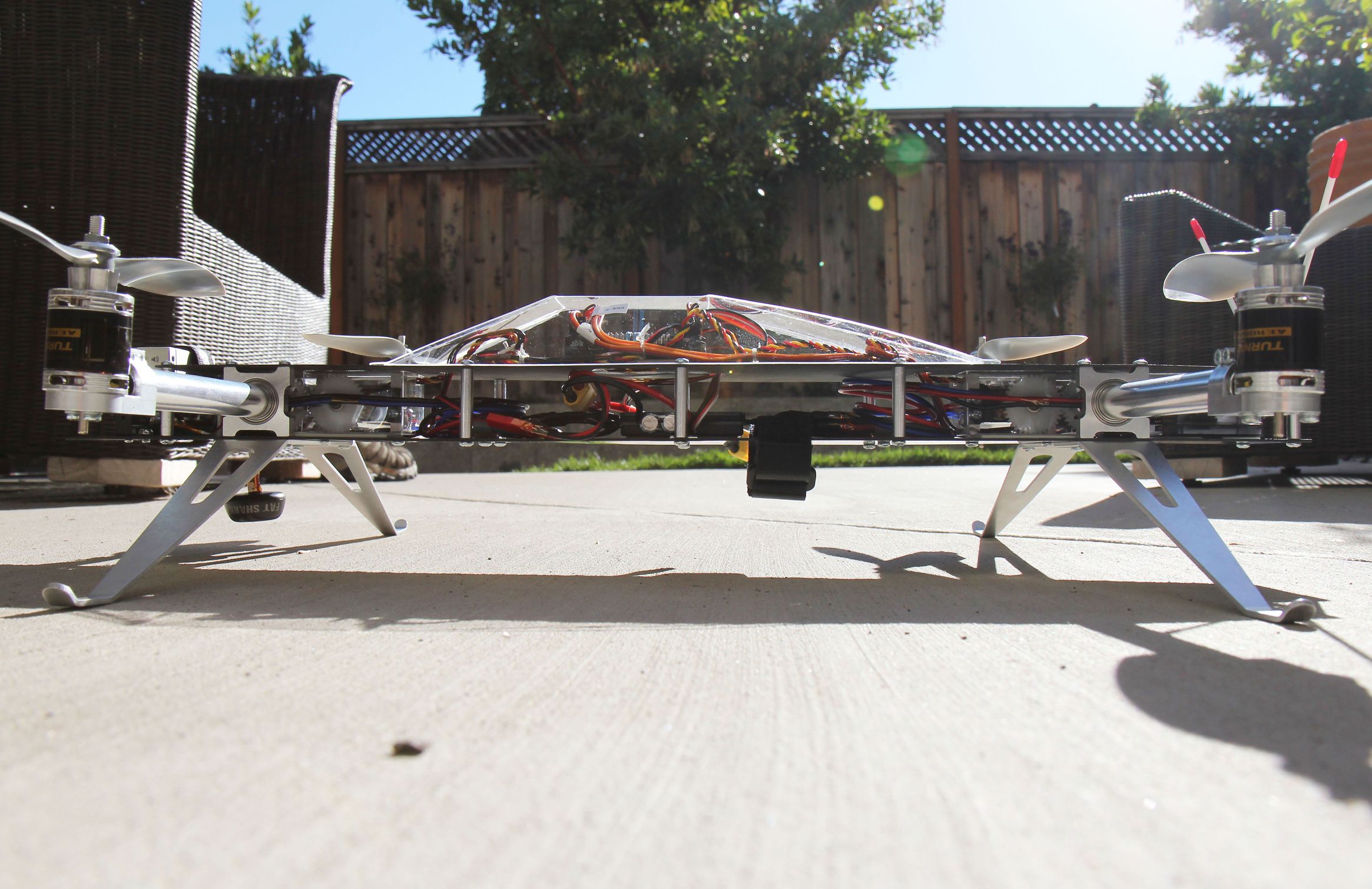