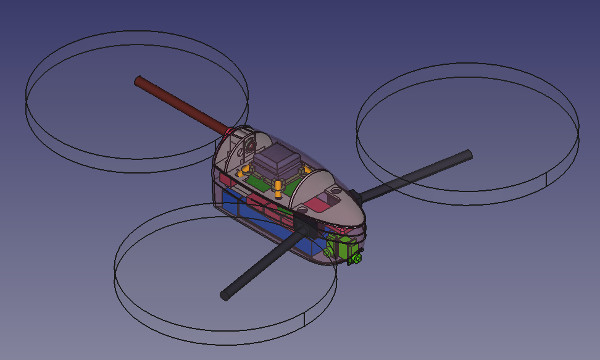 The prototype will have a 3D printed fuselage shell but I'm hoping to mould a polycarbonate sheet. Perhaps a coke bottle, a heat gun and a vacuum pump will do the trick. If it works out it'll be super light. 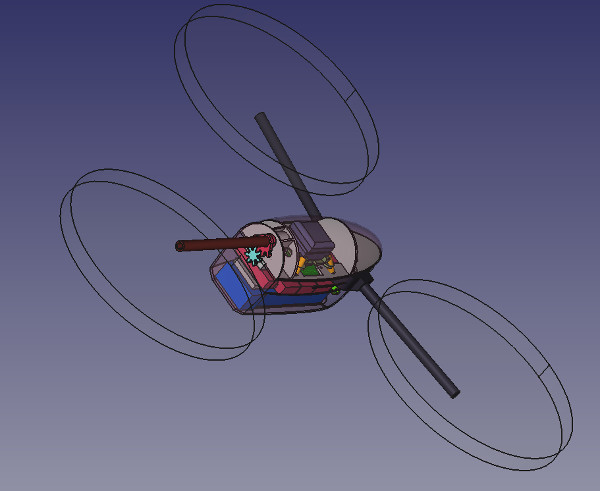 One thing I'm not sure on - initially I put the GPS/compass module at the very front however I was going to try having it stuck to the top of the PixFalcon, for no other reason than it seems to fit and leaves useful free space at the pointy end.

Is it better to have maximum separation between the two compass modules or is that not really an issue ? I was also thinking the extra weight on the PixFalcon may help with vibration damping.

Thats all for now, I'll post an update when the first set of parts are ready for assembly.