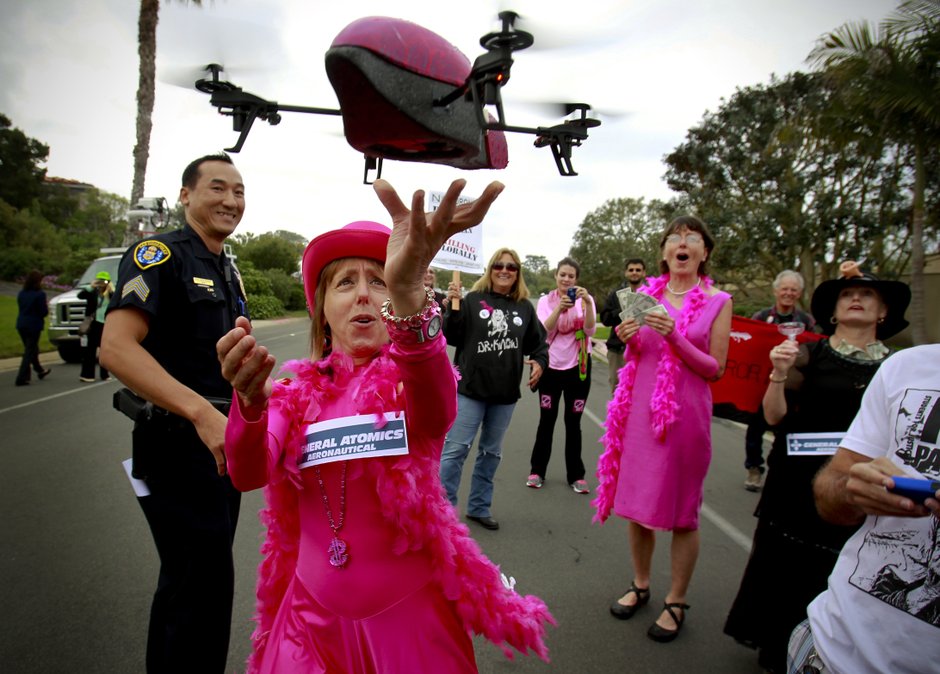 San Diego’s “drone zone” manufacturing hub is under fire from groups opposed to unmanned aerial vehicles carrying out deadly overseas strikes and serving as furtive eyes in the sky for domestic law-enforcement agencies.

A series of small protests that began Thursday in this region continued Friday and is set to culminate this afternoon at the USS Midway Museum in downtown San Diego.

The demonstrations are part of a nationwide effort by activists seeking to focus attention on a growing debate over the technology, one that runs from Congress to think tanks to classrooms. They’re occurring as a business and military coalition seeks to have the region declared as a national test zone for drones, which generate more than $1 billion a year for the local economy.