The 6.4 magnitude earthquake struck southern Taiwan shortly before 4 in the morning on Saturday, February 6th. Later in the day, aerial robots were used to capture areal images of the disaster damage, like the one below. 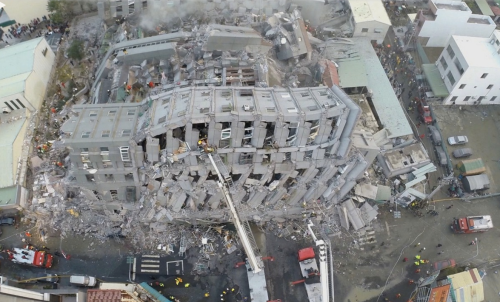 And before the day was out, Taiwan's National Cheng Kung University used the aerial images to create the 3D models here, which can also be viewed in Virtual Reality.