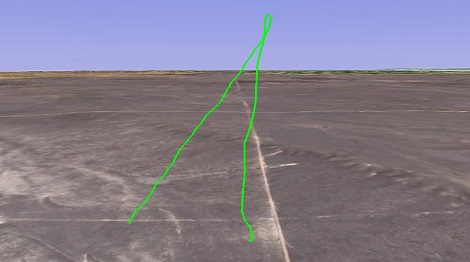 When we posted our call for rocketry hacks and builds, we expected to see a few altitude sensors and maybe a GPS module or two. Apparently, we forgot similar hardware is very popular in the remote-controlled aircraft world, and can be successfully added to a rocket as [Kevin] and his ArduPilot equipped J motor rocketshowed us

The ArduPilot is a small Arduino comparable board designed for UAVs, quadcopters, and other whirligigs not powered by rocket motors. To get real-time telemetry from his rocket, [Kevin] attached a GPS receiver and an XBee transmitter. When launched on an H165 motor, [Kevin] was able to keep a radio lock on his rocket, allowing him to pull down data in real-time.

There are a few drawbacks to using the ArduPilot to collect flight data; the ArduPilot only reports ground speed, a somewhat useless feature if the vehicle is going straight up. Also, there is no way for [Kevin] to record data to an SD card; the ground team must be able to receive the XBee, lest bits of data go missing. For most rockets the radio issue shouldn’t be a problem. [Kevin] launched the same hardware on a J motor and was able to receive data from 3600 AGL.