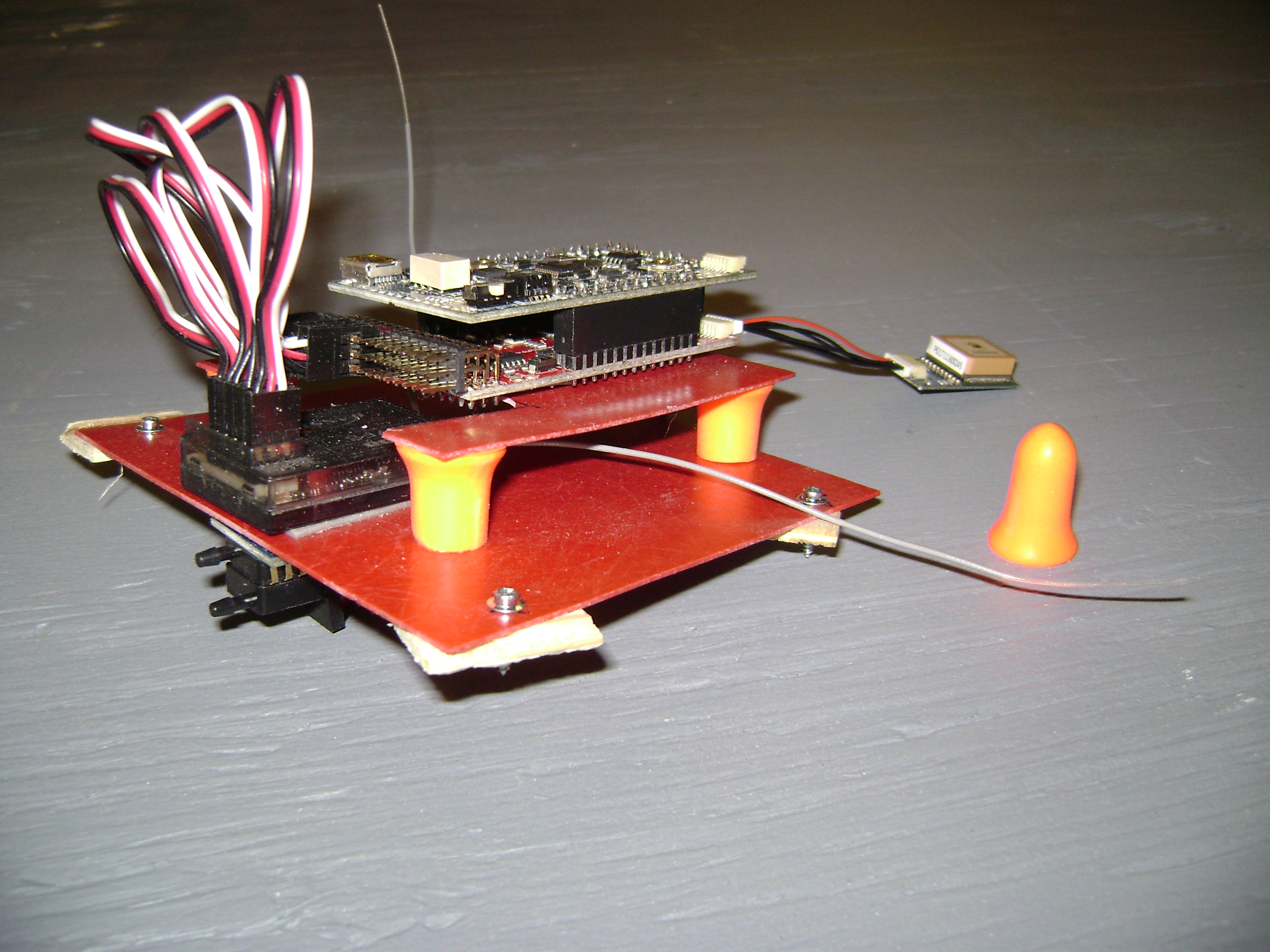 I had read about issues or concerns with vibrations and gas/nitro powered planes so I come up with a vibration damper assembly made up of 2 fiberglass plates separated by 4 foam ear plugs that I cut the tips off and glued to each piece.  On the lower board I also mounted my receiver and the airspeed sensor.

I flew this in a 66” Decathlon power by an O.S. .70 four stroke and had no issues at all with vibration – at least as far as the APM is concerned.  I tested the unit in stabilize mode and RTL both worked flawlessly!  Late into my second flight while in manual mode I was doing a few touch and goes after the third one I was on the downwind leg and everything quit working the plane ended up rolling onto its back and nosed straight into the ground.  The plane is a total loss however after stripping all of the parts and performing a few checks on the APM all of the really cool stuff is still working perfectly.  The vibration mount had to help some but it does show the boards are fairly durable