The autopsy was finally done on Vika 1's final crash, on Sep 27, 2010.
No idea what caused the crash.  The best theory was mechanical failure
of the tail rotor servo horn.  The original theory was a lucky PWM glitch sending

the servo into a safe mode. The final autonomous flight of Vika 1 was skywriting.  Then we took
manual control & she lost yaw control. But the golf course finally had a rare sight:  An intact airframe after
nearly 14 minutes of flying.  The tail servo is cracked.  She has a new
computer which will probably need serious rework before full autopilot
returns.  Last year's configuration values, written by a much younger

servo when not flying, to maximize life of the brushes.  Turning the pin to an input

doesn't work, because current leakage causes the servo to glitch.  It really needs a 0 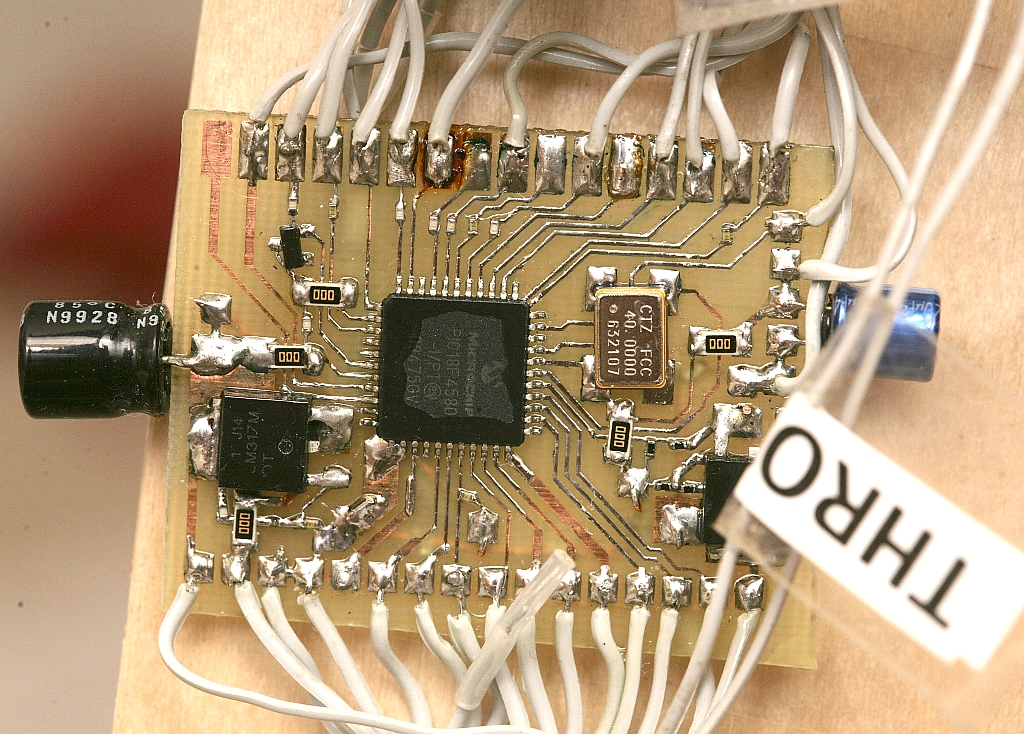 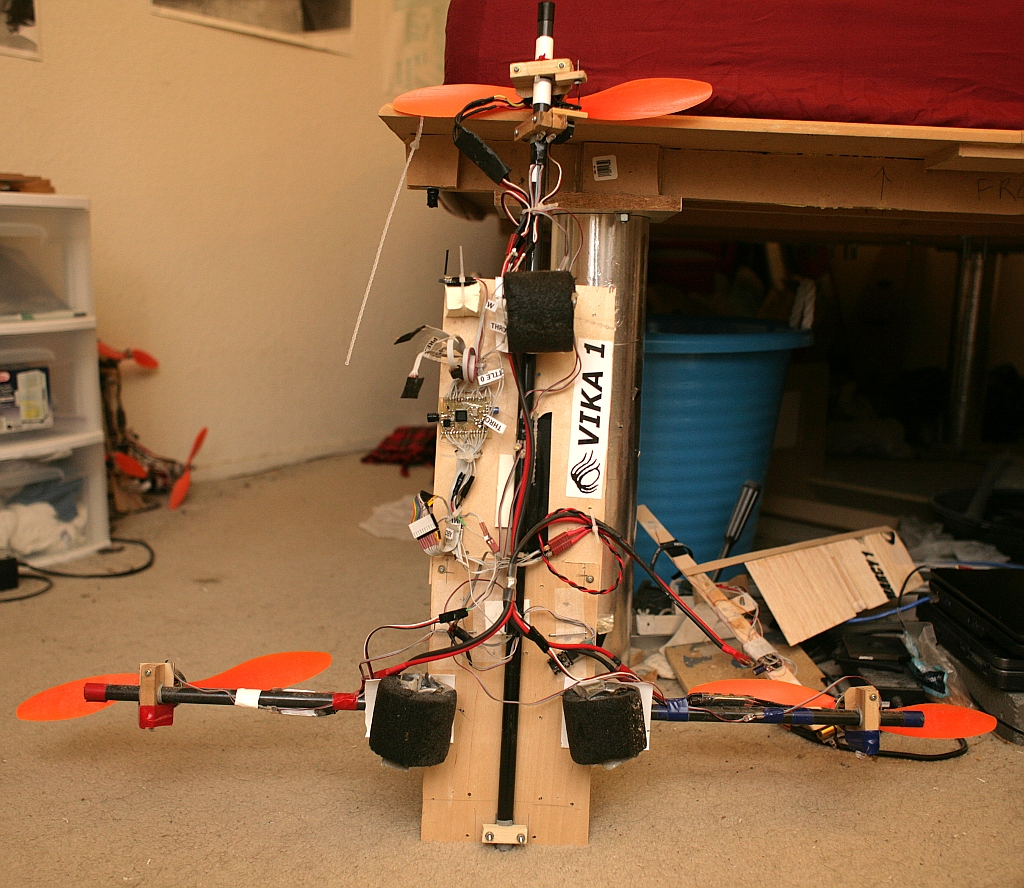 We've concluded the most valuable flight controller with today's
technology is not a full autopilot but a stabilizer.  GPS isn't cheap
enough to get the mm precision in the movies.  Energy storage isn't
cheap enough to have a fixed orientation platform in the sky.

The Marcy 1 airframe seems to have converged on the most stable & efficient design. 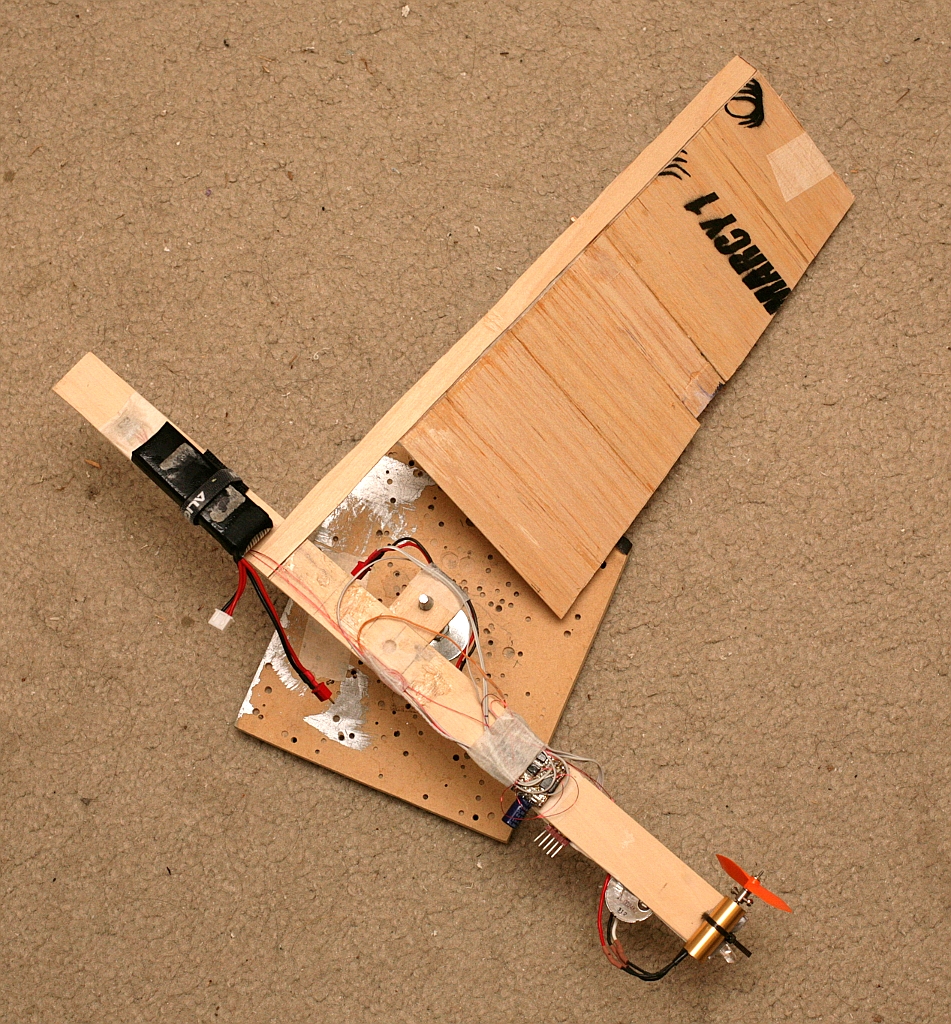 Embry Riddle guy recommended replacing the winglet with dead weight. Put
2g of mass on the wing & the RPM decreased to the 250 range.  The weight
increased the angle of attack by weighing down the wing.  Started
installing sonar pieces.  Stability seems improved.  High winds have
dominated, except for 1 day a week.

There were a lot of parameters yet to be explored in last year's
design.  With the weight, she's very stable.  All our designs have been
stable with no cyclic, but the weighted wing is the most stable with
cyclic.  A bit surprising how stable such a low RPM could be.

Flight time with any battery is 11 minutes.  The damaged one may not be as That's how the wing is fabricated. The sonar array was revived, a year later.  Surprised how well it
works inside.  We put a lot of energy into perfecting sonar. 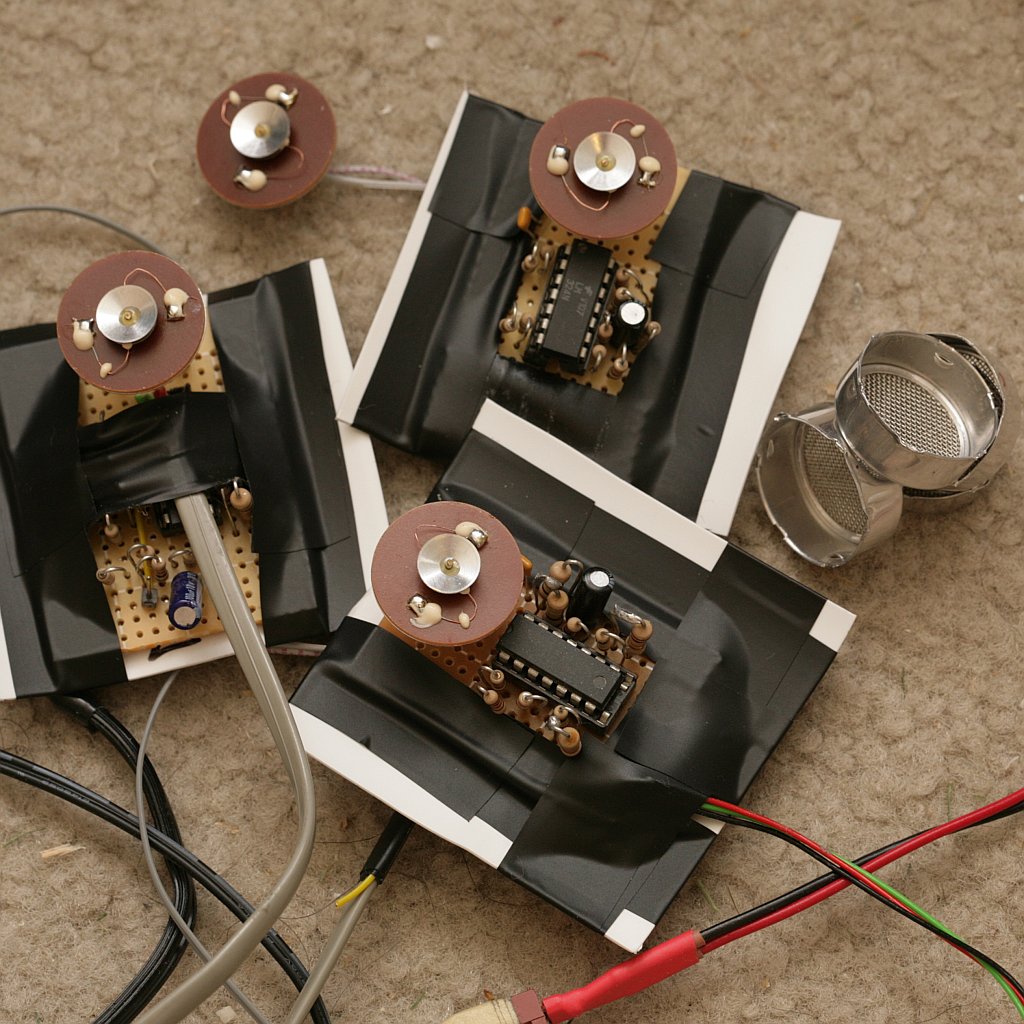 Recall how this sonar array evolved, in a time before Major Marcy, 1000 years ago. Decided the range was being reduced by the environment, so a conformal
coating was finally in order. 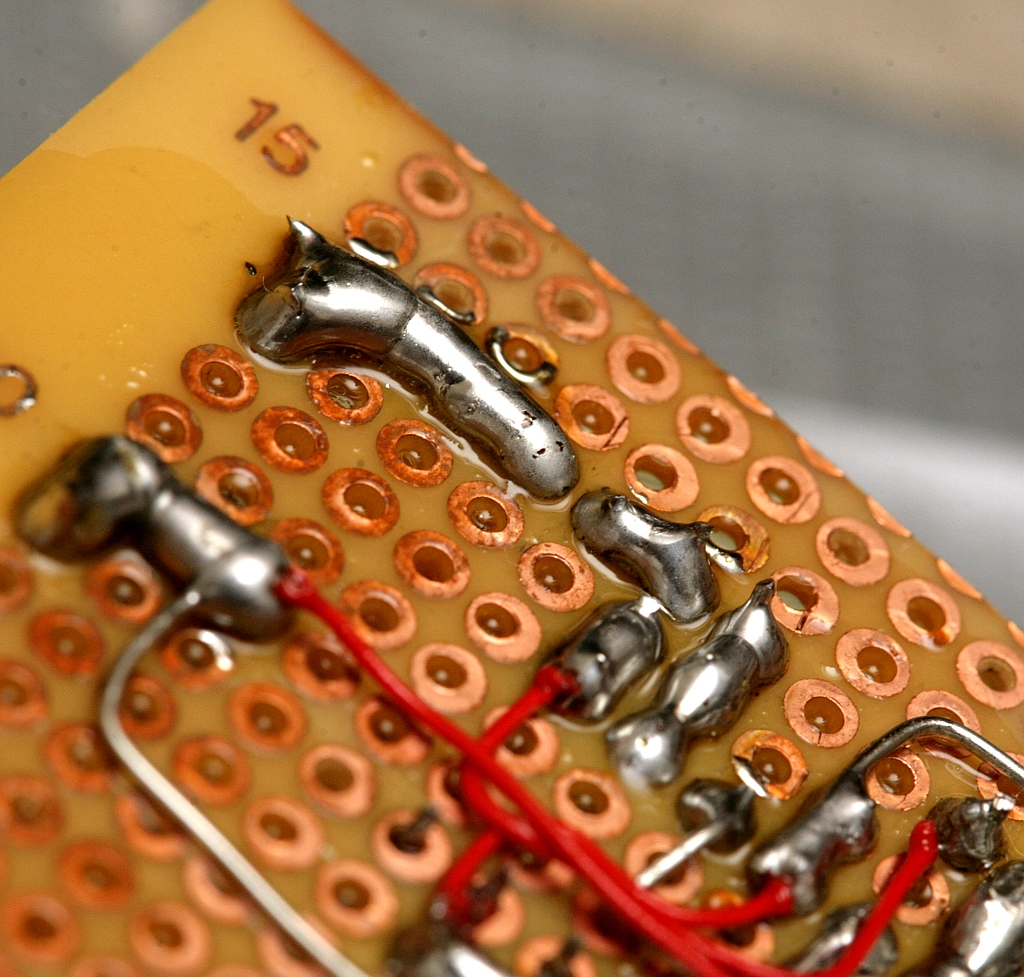 Most important is where the microphone connects to the 1st amplifier
stage. 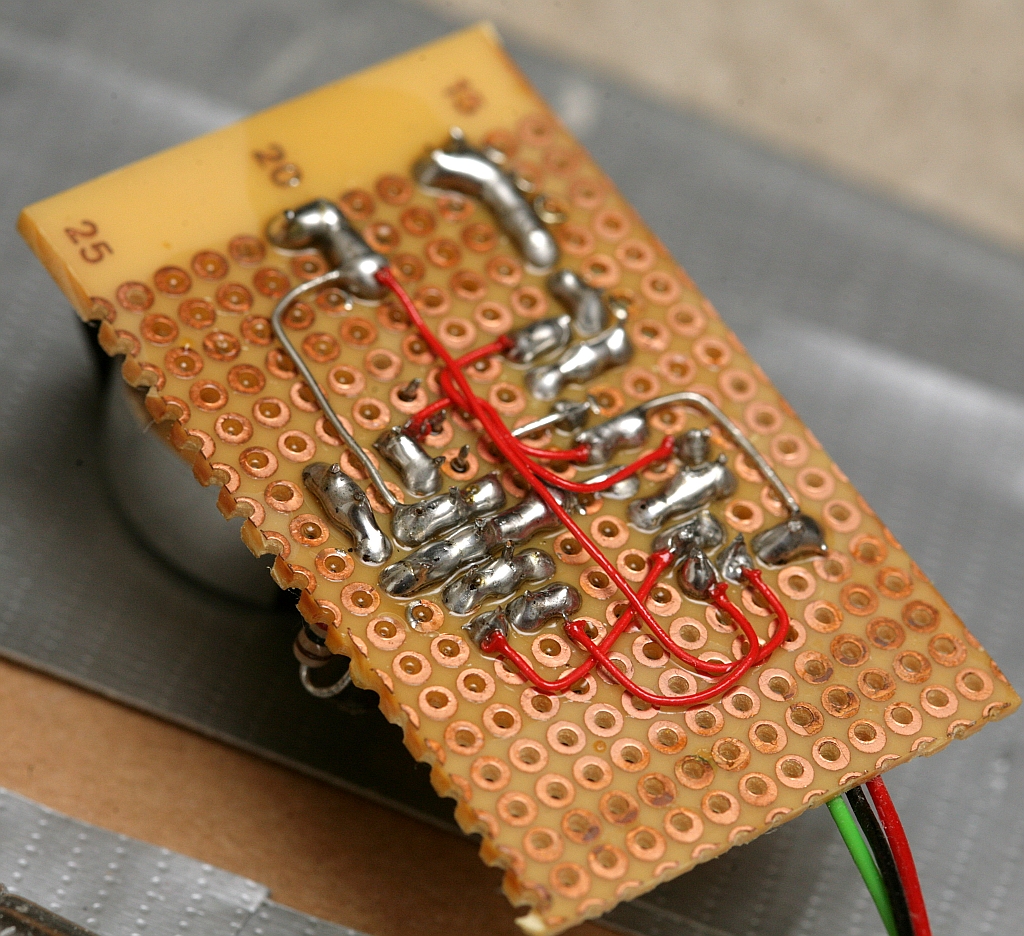 There is a beauty in through hole soldering, even though it only goes in
the 1 Mhz range.

Sonar remains useless with this aircraft.  It could be the spinning, the
coning angle pointing the emitter sideways, or the wind destabilizing position too much. 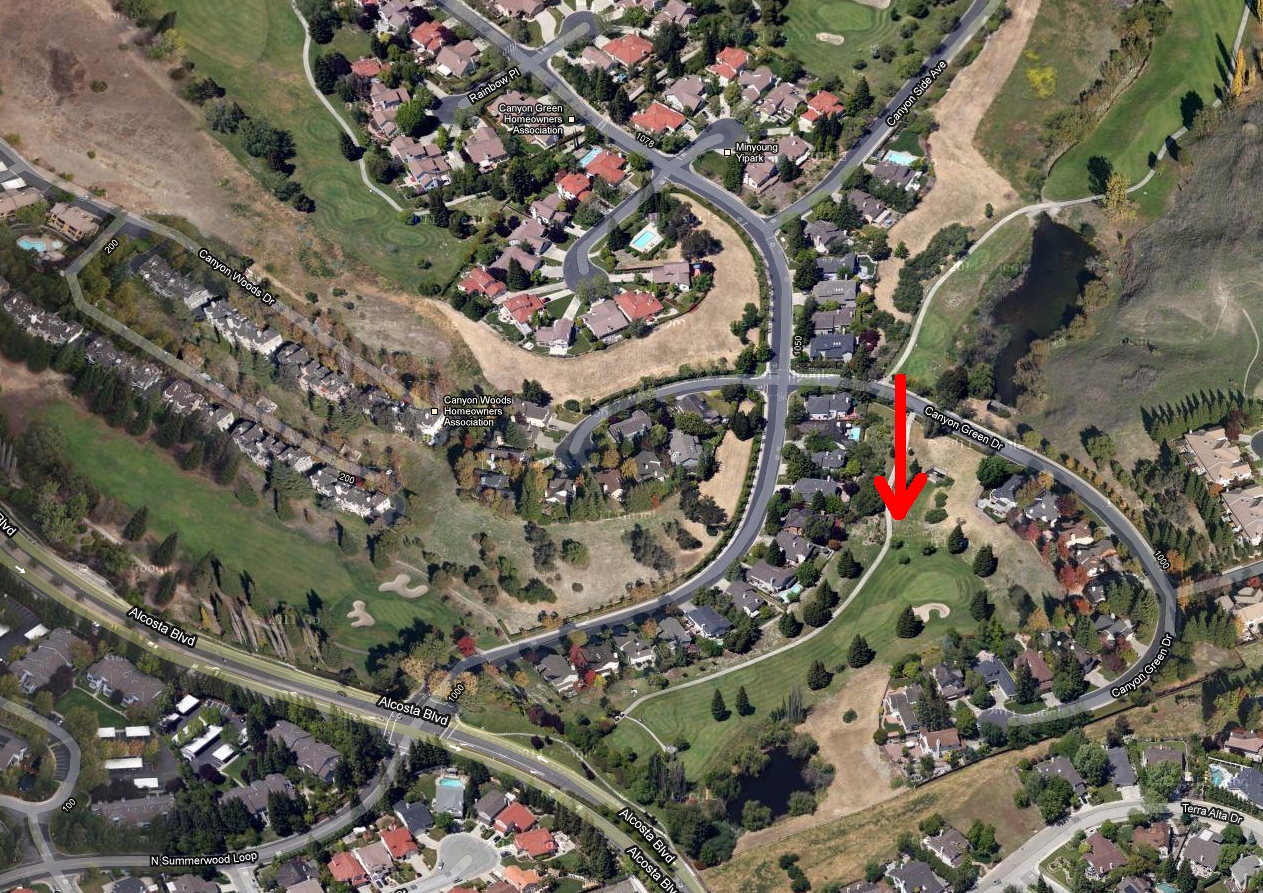 Hole 13 was your best shot at an autonomous flight. It's the most wind
sheltered area.

Hole 13 definitely had no wind, but was too small.  Hole 11 is
definitely a hurricane.  Ran around the golf course for 90 minutes.

Radio is bulletproof, with the conformal coating.  The days of falling
out of the sky & smashing are over.  Every landing is under radio
control.

Finally, for the copter fans, it's a rare confluence of having an HD cam, the HD cam working, & an MD 902 landing near the HD cam.