Having the Precise location of our RC craft can be used to retrieve it on the scenarios of crashes or failures. It can be used for autonomous flights or RTH (Return to Home) functions with the help of a Flight controller. Using the coordinates of the location at a specific time interval can be used to calculate the speed at which it is moving. Because speed follows the simple equation, distance divided by time.

GPS gives x,y,z (and time as well) coordinates which means it just not give the latitude and longitude but also the Altitude. Hence we can know the altitude without having the need for a Barometer sensor. In Short, We can get the location, speed, and altitude with the help of GPS of our RC Crafts. Let's cover more about the Frsky GPS module and sensors rather than talking about GPS and its uses.

Before getting to know about FrSky GPS Module, we need to understand the difference between a module and sensor in order to have a better understanding of the next section. A module is a part of a circuit or hardware (or software) that can be connected like auxiliary devices. But on the other hand, the sensor is more like a “raw module” which cannot be used like how you can directly use a Module.

The sensor is more like “PNP (Plug & Play)” where the module is more like “RTF (Ready to Fly)”. A module usually has extra circuits in it which makes it easier to use than a sensor where the wiring will need to be figured out.

FrSky GPS Module (or GPS-01) is a very old one released by FrSky. It was released before 2010 and that’s like more than 10 Years technology. I highly doubt if it exists today to purchase. This was supposed to use with the first prototype of telemetry released by FrSky. Smart port might be the first word to come to the mind when thinking about Frsky Telemetry.

But that wasn’t the case before 10 Years. There was no Smart Port telemetry and it required complex wiring to get Telemetry back in those days.  For Example, You will need a sensor hub in order to serve as an information collecting and processing center, monitor the model status, and feedback all data back to the receiver.

FrSky GPS Module 01 is a small module and its output gives longitude, latitude and speed. The wiring is pretty simple as there is only three wires coming out of it. They are Ground, 5v, and Signal (RX) to be connected to the respective pins on the FrSky receiver that have telemetry. If you want to use other sensors like voltage, accelerometer, or even a temperature sensor, then you will need the sensor hub as they won't work in series.

This is a more developed and advanced version of the FrSky GPS sensor that runs on Smart Port Telemetry. The wiring is pretty simple. You can connect it directly to the smart port of the receiver. Moreover, you don’t need a sensor hub to connect more sensors. Instead, You can connect the sensor in series without having a sensor hub.

This is supposed to be an introduction to the FrSky GPS Module and sensors. Hence we will cover this topic in detail in another article including how to use it.

We have briefly covered the Frsky GPS Module and sensors. The GPS Module (GSP 01) is a very outdated product and the chances are rare you might find it on sale somewhere. Above all, this stand-alone GPS are outdated, and more advanced functions can be performed with the help of a Flight Controller.

FrSky GPS sensor V2 is a little bit advanced and easy to set up, but we cannot set any RTH functions with it. Hence it is more suited to go for a Flight Controller plus GPS Combo which might be cheaper than the GPS Module and can be used for autonomous flights as well. 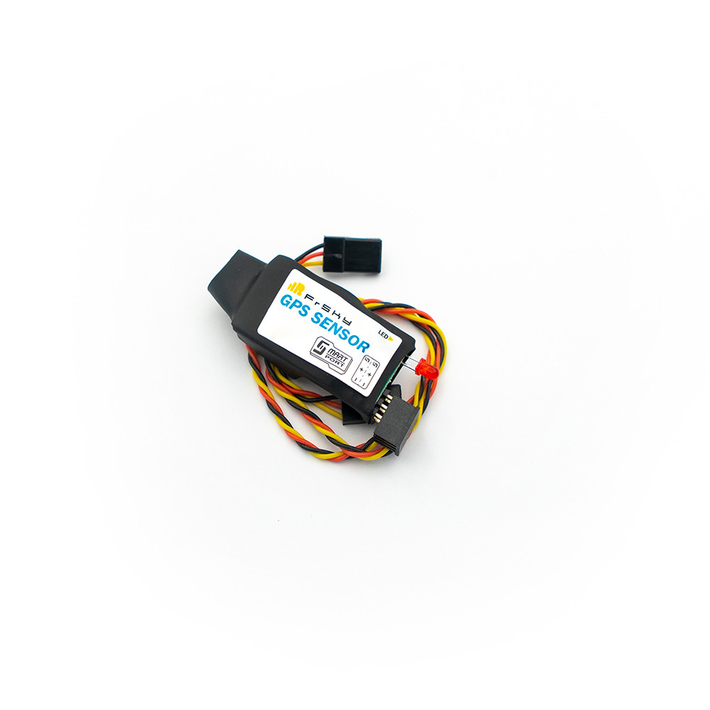 Don’t worry, we haven’t stopped the FrSky GPS Module and sensor series here, We will be covering them in detail in the upcoming articles. Stay Tuned!

Tags: frsky
E-mail me when people leave their comments –
Follow