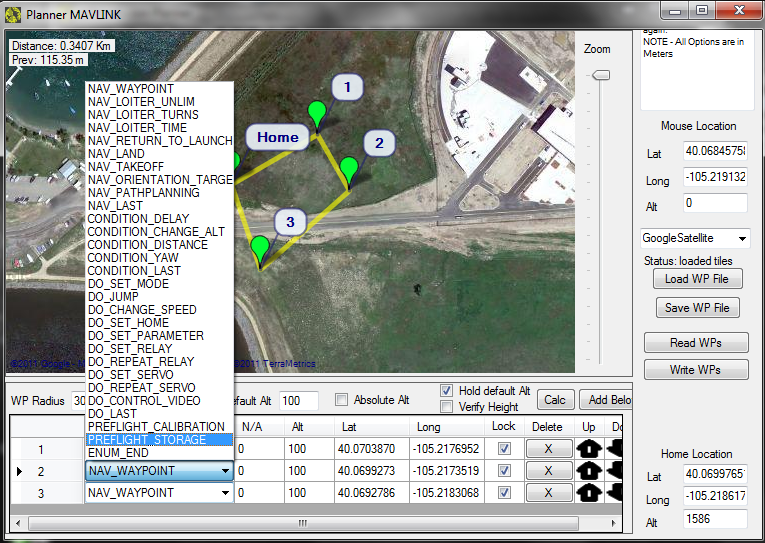 On the occasion of the first beta release of ArduCopter 2, I wanted to take a moment and talk about the teamwork that was required to get to this milestone.

There are many quadcopter projects out there, some of them excellent. But they are all, with the exception of the commercial Mikrokopter (which is impressive, but expensive and closed source), just RC aircraft. They're not UAVs, capable of fully autonomous flight with waypoints, mission planning, etc.

We're DIY Drones. We do UAVs, not just RC. Our multicopter had to be the real thing.

Going from RC to full UAV is no small task. Along with the basic RC functions, you need navigation algorithms, mission planning, comms, datalogging and analysis, all sorts of extra sensors and payload controls and desktop utilities that make this easy to use. So in this post, I wanted to credit all the teams that came together to make it happen.

What's different about ArduCopter 2 (as opposed to ArduCopter 1) is that it's built from the ground up on the APM codebase, which is a mature full UAV system that has been in development for several years. That means that it inherits all the sophisticated mission planning and comms technology that is in use already by thousands of APM users. It also means that ArduCopter 2 includes the works of scores of people from many teams around the world. Here are just a few:

There are countless others who have made major contributions, but I wanted to give you just hint of the scale of teamwork that's required to release something as advanced as ArduCopter 2.  My huge thanks to everyone who got us here today!