The barometer, as the main sensor component of flight control altitude measurement at present, meets the needs of fixed altitude in most cases, but its accuracy is not satisfactory, especially in advanced flight, such as automatic takeoff and landing, which is difficult to ensure the accuracy of barometric data. In order to achieve high precision ranging and altitude determination (terrain mode), auxiliary automatic takeoff and landing (especially fixed-wing aircraft), and other functions such as obstacle avoidance, TF radar can be used to connect F4.

This document describes how to use TF radar to establish communication with F4. The TF radar will be used as a range finder and displayed in the sonar sensor option of F4.

TF series radars include TF03, TF02, TFmini-Plus and TFmini. They all have versions of UART interface, which can be directly connected to F4 welding and need to occupy a UART interface of F4. When wiring, pay attention to the line sequence corresponding to TX-RX, RX-TX.

Take OMNIBUSF4 SD as an example. It occupies UART1 interface. The wiring sequence of the device is shown below. 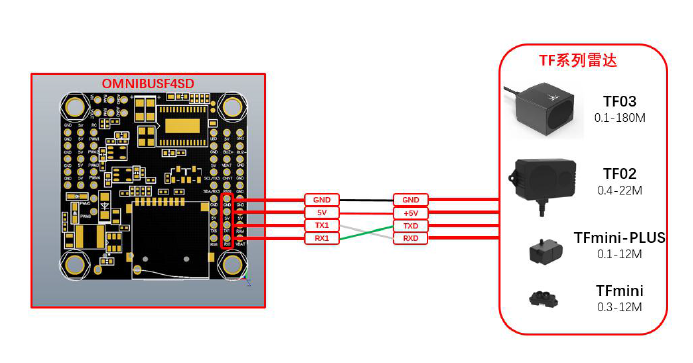 In order to establish communication between TF radar and F4, ground station is needed to configure it, and the corresponding firmware version of F4 supporting communication is burned in. This paper introduces three common ground stations for demonstration, namely, "Beta flight", "Cleanflight" and "Inavflight". 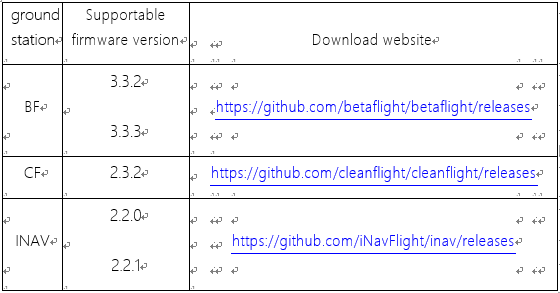 In order to ensure full functionality, please use the latest version of the ground station.

The debugging steps of BF and CF ground stations are the same, so taking BF debugging as an example, the flight control model of F4 used is OMNIBUSF4 SD.

The debugging steps are as follows: 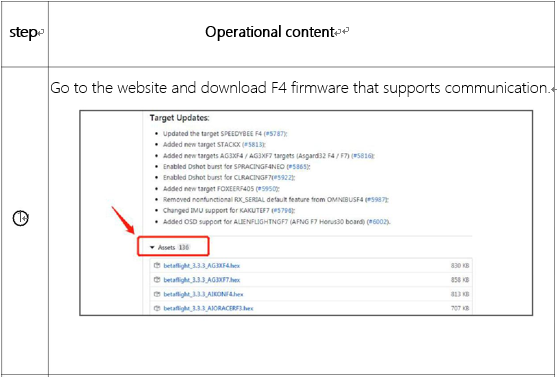 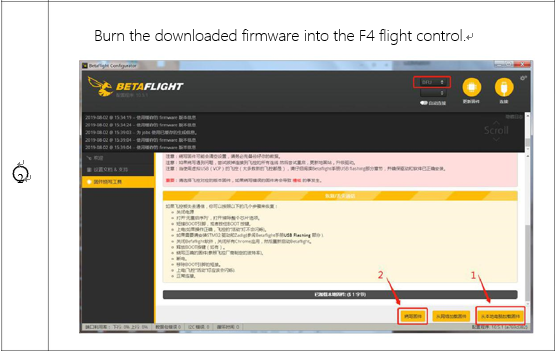 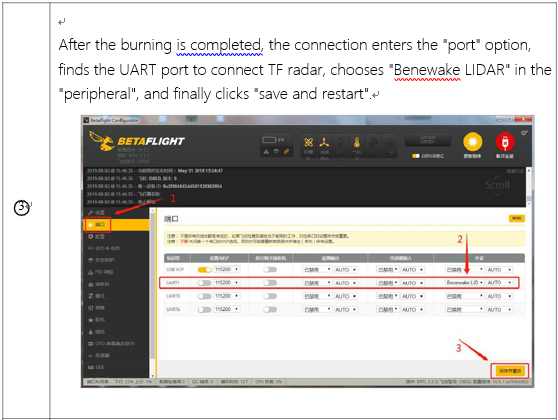 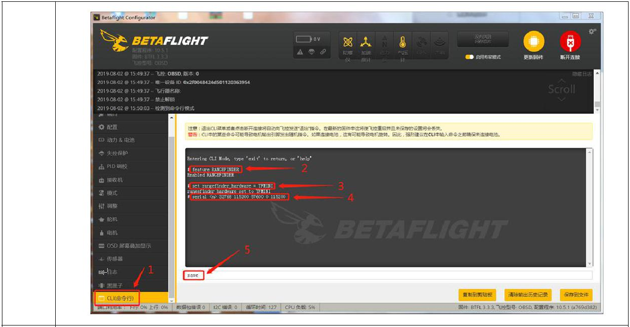 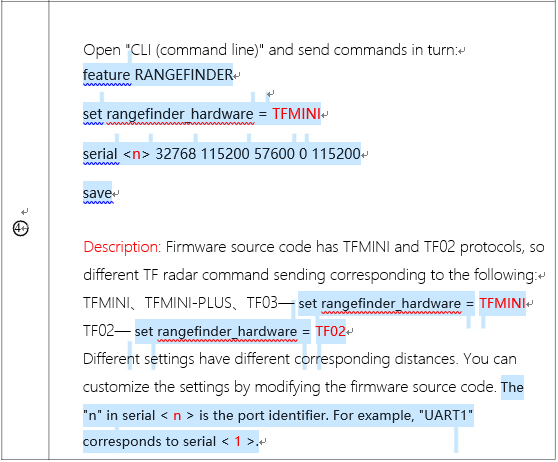 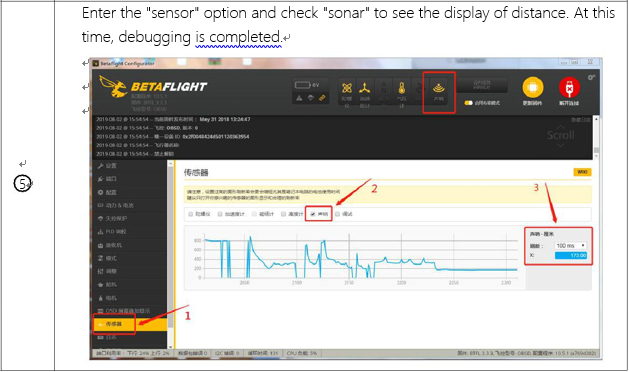 The debugging steps are as follows: 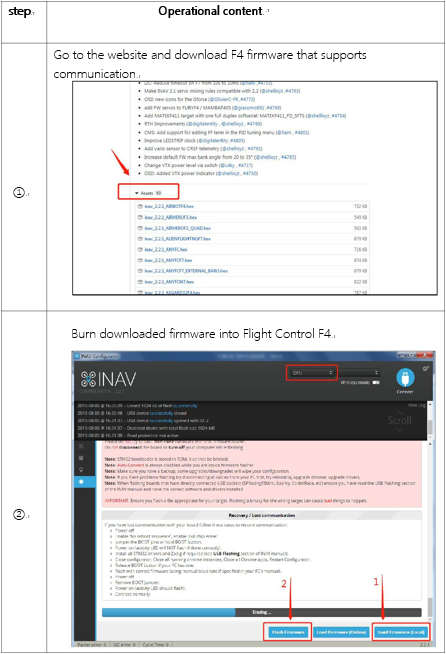 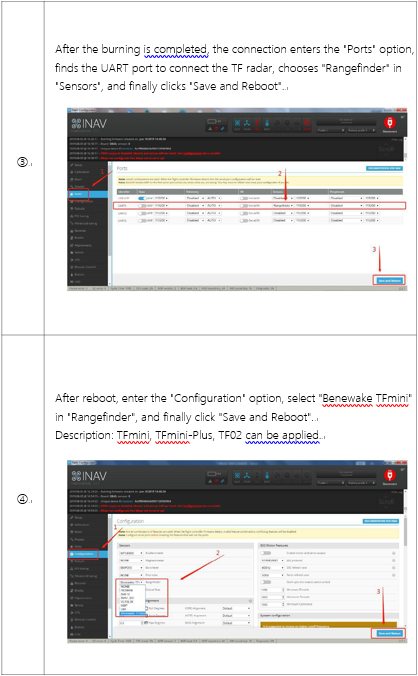 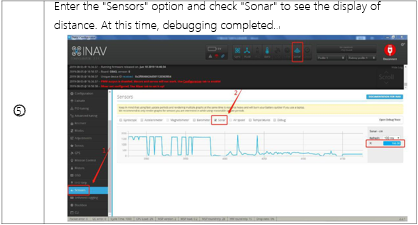 ①TF radar should be the default serial mode.

②The serial port of F4 flight control terminal should not be occupied by other peripherals such as receiver.

③Flight control of F4 should be placed horizontally, otherwise "-1" value will appear.

④In BF and CF source code, there are two protocols, TFMINI and TF02.

⑤TF03 cannot be used in INAV.