No idea what went wrong today (which is why I'm here). I have (had) this awesome Alien 560 quadcopter. As soon as I put it up in the air for the maiden, it flew beautifully. I actually flew an auto mission my very second flight. 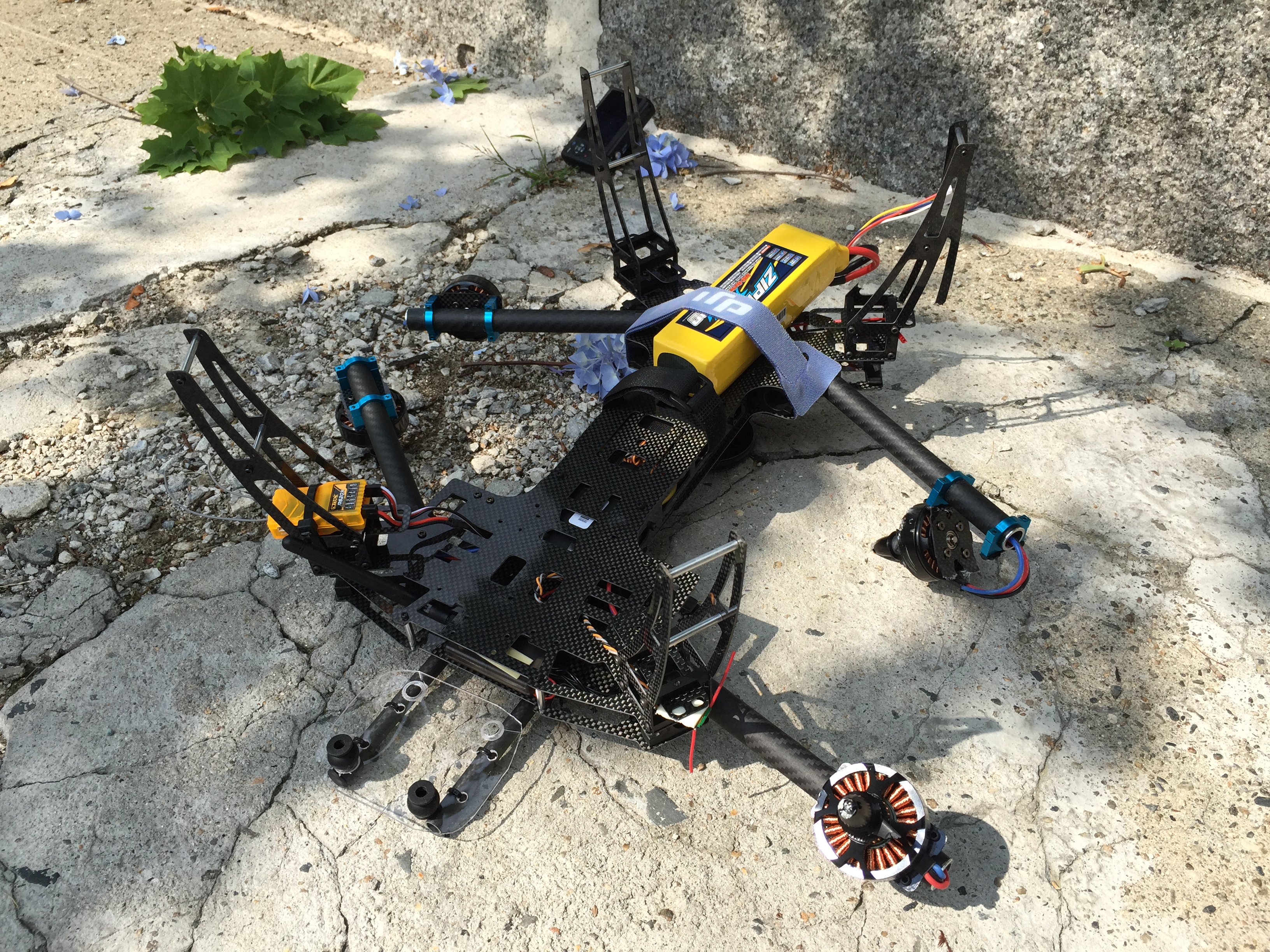 Anyways, I've put about 5 flight hours on this guy. It flies great in stabilize, and for the most part is great in auto as well. One mission last week I noticed the quad rose about 30m (several times in a row) for no reason while in auto mode, but then it descended and finished the mission. Here is another thread were I give more info about that mission and about the craft itself: http://diydrones.com/forum/topics/strange-behavior-in-mapping-mission-alt-changes

Two days after that, I took it out for another mapping mission. It was super windy and the quad seemed to be struggling to keep a straight path on the way to the first waypoint. I tried several times, but every time once I switched to auto it seemed very confused and would wander around and yaw weirdly. I attributed the issues to the wind, so I just packed up and decided to do it later.

Today I went back to try that mission again. Step by step breakdown:

I have the failsafe set up to complete a mission if it's in auto. Never had any issues with that before.

Looking at the DataFlash logs, I see that the quad flipped forward and went down with throttle. Needless to say, this guy won't be flying again.

I'm super upset, but I also really want to know what could have gone wrong. I'm inclined to believe I messed up the set up, but then again I've put together at least a dozen autonomous aircraft by this point and I've never had any issues like this while in Auto Mode. I've attached the dataflash log and KML, so please let me know if you have any ideas.

RT @araffin2: 🏎️ After hours of video editing, I'm happy to share a best of my Twitch videos on learning to race with RL. 🏎️ Each part is…

RT @a1k0n: Fully autonomous wipeout in the corkscrew at Laguna Seca @selfracingcars today. Got some tuning to do; this car is very fast, bu…
More…
Loading ...