I am an UAS Operations student at UND and this is my current project, not school related.  This is a Giant Telemaster (12ft wingspan) that was built from a kit and flown for a few years.  The previous owner then converted it to a twin but never completed the project.  With so many other projects to finish, he decided to give this to me.  The plan is to put 2 ryobi weed eater engines (fully converted for use on a plane) on the wings and an APM.  With this set up the payload bay will start at the nose of fuselage (which has been stretched for CG purposes) to the aft of the wing.  I estimate a 15-20lbs payload capacity.  This is loosely based of the fact we built a Senior Telemaster with a MicroPilot Autopilot and electric power plant, and it can lift 6lbs for an hour endurance.  I built that aircraft to use for research projects within the university (I work for UND Aerospace flying sUAS). With the small 33cc engines and plenty of room for gas the endurance could easily be setup for over 6hrs.  In order to handle the extra weight and the multi-engine setup there are a few modifications to the air frame.  In addition to the original wing mounting spars there is also an aluminum tube running from one nacelle to the other.  Also the inner part of each wing half has been sheeted with ply to prevent flexing due to the weight of the engines creating torque on the wing.  The struts and landing gear have also been replaced by stronger versions. The tail now has 3 vertical stabilizers and rudders to help in the event of a engine failure.  There is still a lot of work to be done but I am trying to finish it before the first snow.  Thoughts, ideas, suggestions? 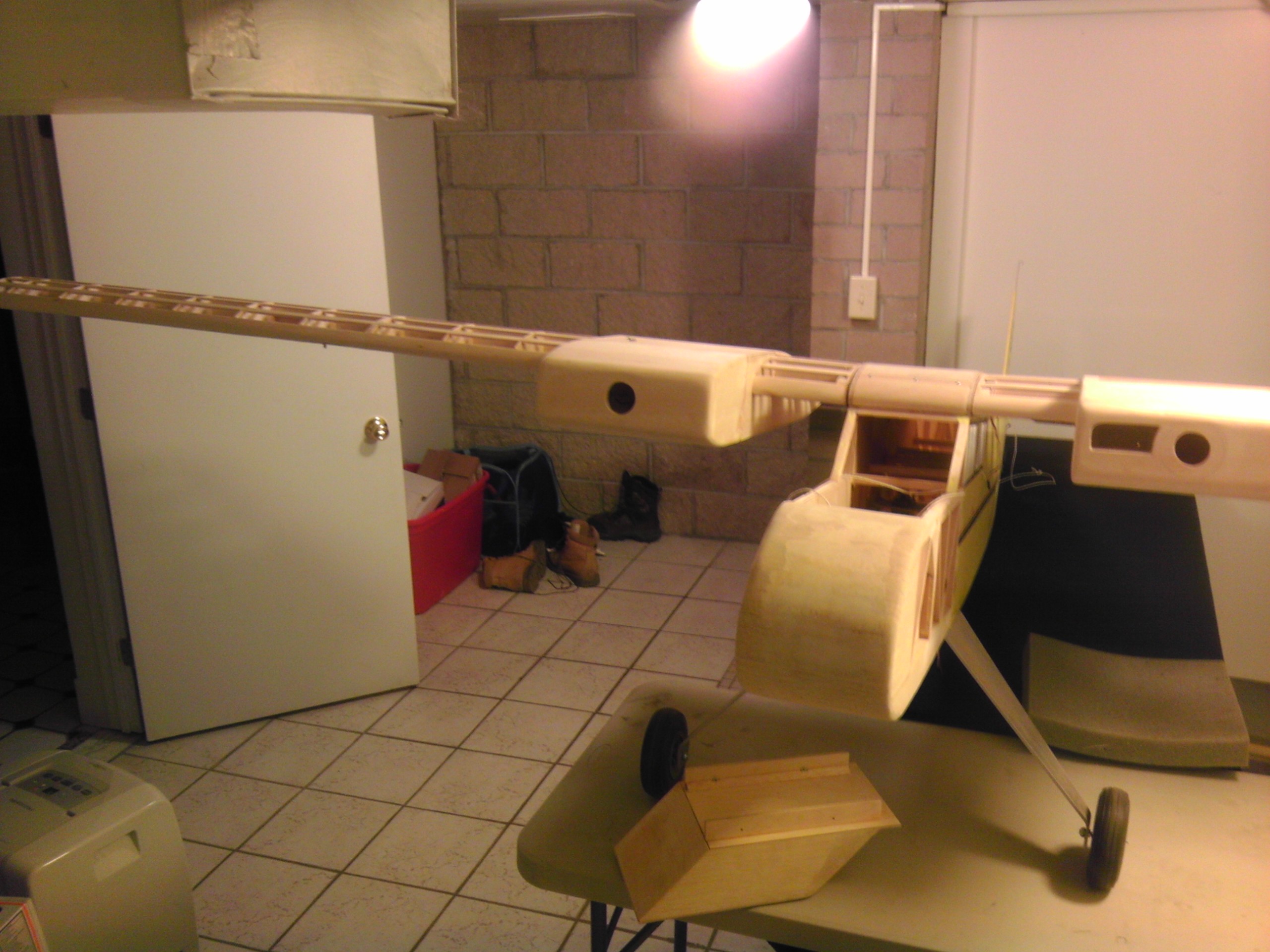 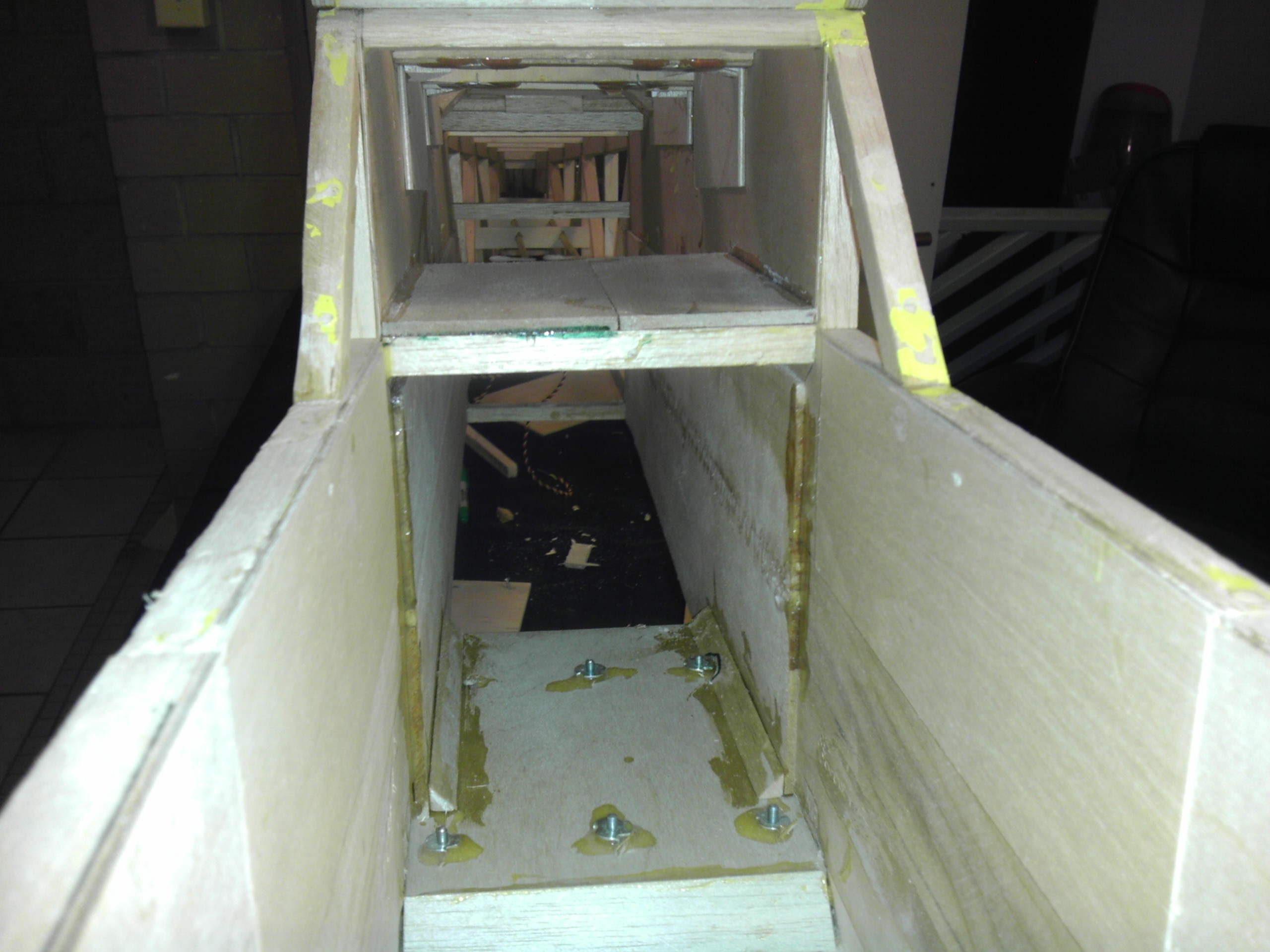