I need some help analysing my crash or confirming my theory. APM 2.6 with Arducopter V 3.2.1 firmware.

It is (or rather was) a V-tail quad with 3printed centerplate and arms made of Balsa wood. I flied this frame for about 6 months without any problems. Flied it at least twice a week, both normally and agressive, with full throttle forward, hard turns etc. no issues whatsoever.

One small design issue was tha

t my COG and COT were displaced by about 5-10mm at most (nose heavier than tail) but I was aware of that all the time and still had no problems flying it last 6 months.

So today I decided to replace my wooden amrs with alluminium ones due to I had vibrations which I think were caused by softer wooden arms. So I replaced them and went out for a test flight.

During a take off I noticed slightly more pitch forward than before. I flied it easy for about 5 minutes without any issues. Then I decided to go into aggressive test mode and did a sweep with full forward to one direction then opposite direction followed by a hard turn right. So suddenly quad pitches forward (Altitude=20m) and starts to tumble and fall down. My first reaction was full throttle to help the flight controller recover. But it continued to tublme and smashed.

It was very light flying conditions, an evening at arou

My theory is the following: Since I replaced the arms with alluminum ones, which are 25g heavier each, the the slightly heavier nose became even more heavier. Than made it more easily available to forward pitching. Flight controller was not ready for correcting COG/COT displacement. I think the max pitch angle during forward flight was too much for this frame configuration and FC did not expect it to tumble. I was pretty sure that the FC would recover from fall and stabilize the quad, instead it just continued to tumble and fall.

So what do you think had happened by looking at the logs?

Here is the video of the crash taken by GoPro 3+. Interestingly it automatically turned off before it smashed on the ground. Anyone knows if GoPro has some sort of protection during hard crash or G-forces?

3D printed centralplate and gimbal parts went into peaces taking all the impact. Alu amrs are intact! Fortunetely all the electronics survided besides the Martinez controller which lost one of the capacitors. One broken landing foot. 3 propellers half-broken. Still need to test ESC+motors but I think they live. Battery damaged, is in the water tank now till tomorrow morning.

I appreceite your thought and input on this. Thanks! 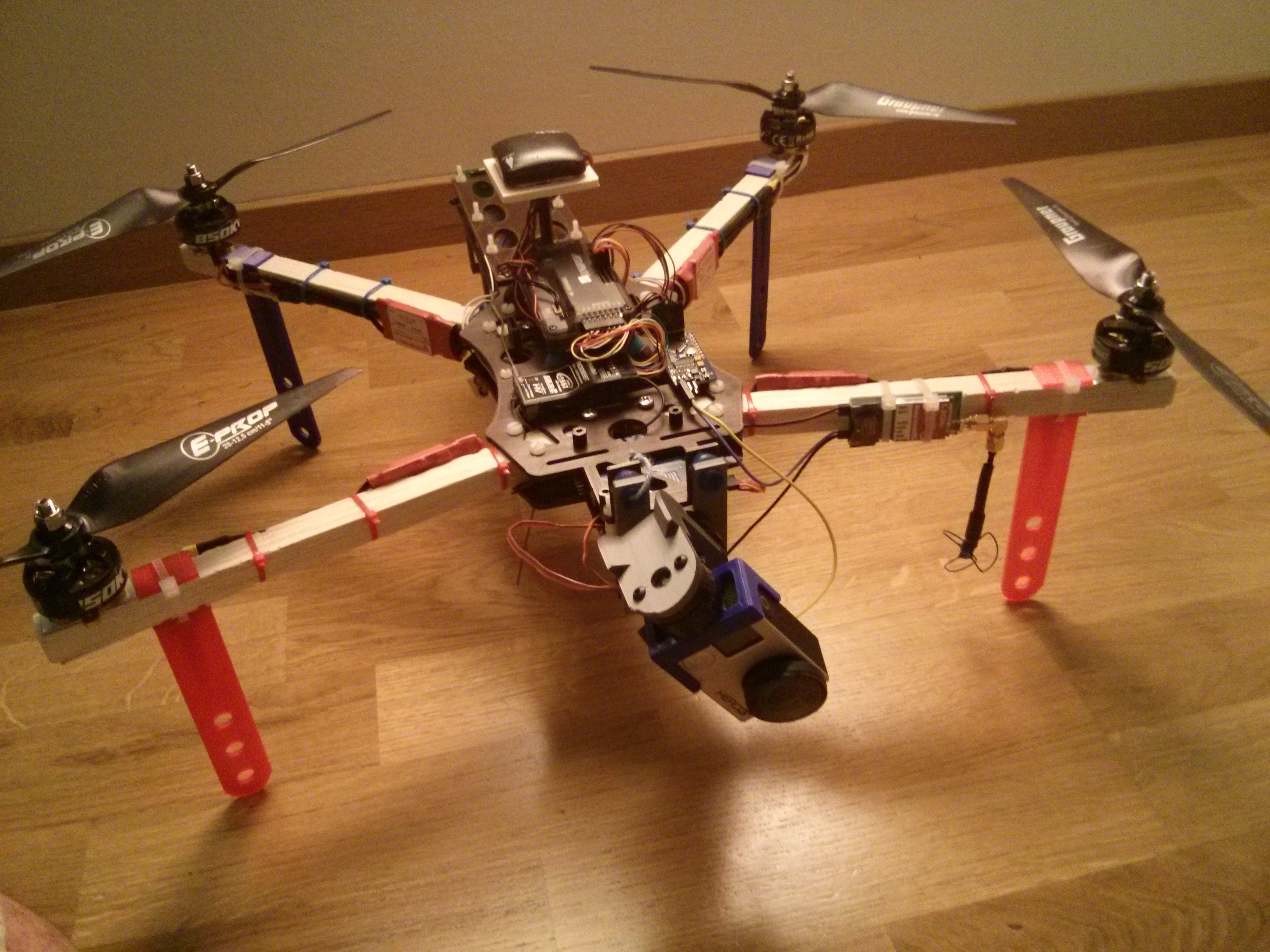 This reply was deleted.
Loading ...
"Tomorrow, I am thinking about the wording at the moment."
More…
Loading ...