First Previous of 87 Next
This reply was deleted.
E-mail me when people leave their comments –
Follow

Hello guys,I have a problem with one motor, do not spin and making a sound (videos in attachment), I changed the motor to another ESC and is work, so I checked the connections on ESC and all connections looking great. any ideas or something I can do, iam trying to build YMFC32 Brokking .thank youhttps://youtu.be/LagBqwGbixkhttps://youtu.be/PU20nCxApcs

Will AHRS_ORIENTATION=8 for Arducopter 3.2.1 on APM 2.5 using a traditional Heli

I have been Reading Chris Olsen posts and watching his videos on Arducopter with traditional Helis using a Pixhawk.I have inherited an older Trex 450 heli with the old Align 3G FBL hardware.  The FBL controller appears to be bad.  So I have an old APM 2.5 without a compass or GPS on board.  I just want to replace the failed Align 3G FBL system with the APM.Now I have to mount the APM under the skids on the heli so the APM will be upside down.I have Two questions.1)  Is the AHRS_ORIENTATION=8…

Hi all,I'm setting up my PX4-based quad with ST VL53L0X Lidar sensors (I currently have three) and I noticed that line #24 of the current Rangefinder library (here: https://github.com/ArduPilot/ardupilot/blob/master/libraries/AP_RangeFinder/RangeFinder.h#L24) has the maximum number of sensors set to 10 (ten). Am I understanding this correctly? And has anyone ever tried to setup this many rangefinders (or anything close) with any measure of success?Any input/advice will be greatly appreciated. 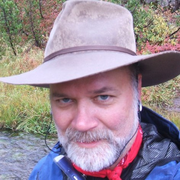 I have a raspberry pi reading mavlink messages from a pixhawk. When I read SCALED_PRESSURE I get hPa values around 490  - less than half of what I would expect - and a temperature around 4834 in cdegC - seems warm to me. This is consistent with what is shown in Mission Planner (see below). Is this normal or is my barometer on the fritz? I am trying to calculate my own altitude like AP_Baro::get_altitude_difference but in a companion computer.