I've been working on an accessory-cage based quadcopter design to have a modular way of adding and removing components. 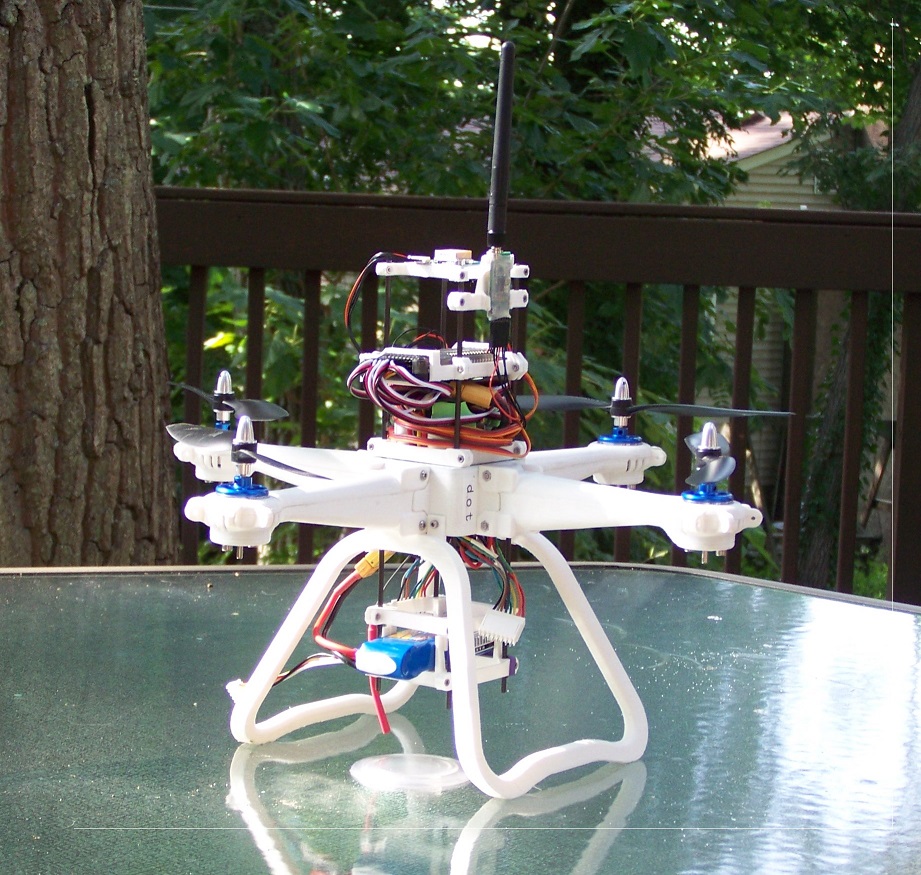 The intent is to avoid the rubber-band and tape method of attaching components to the airframe. The accessory cage is comprised of four vertically-oriented carbon tubes and is meant to hold everything but the motors. There's a 3D-printed stage for each component; the flight controller, battery, ESCs, etc. each sit in their own carriers that slip on and off and can be repositioned as one sees fit. I have a basic "starting point" CAD model for an accessory stage, and I modify it as needed for whatever component I want to add.

The design needs some refinement: I'm going to implement a better thermal break between the motors and the [low-melting temperature] PLA airframe. It also has underside LED lighting (not visible in the pictures) that I would like to make removable for wiring access in the next version. I designed and printed prop guards but haven't installed them because I don't want to mess with the aesthetic and add too much weight, so instead I have minimalist stainless spring-wire prop guards in mind for v2.

Once I'm really happy with it my hope is to upload the files to the Thingiverse for those with a 3D printer, if anyone is interested. I'll also include the "starting point" file for the accessory stages, as well as the Inventor part files (2009) for anyone with access to that program. 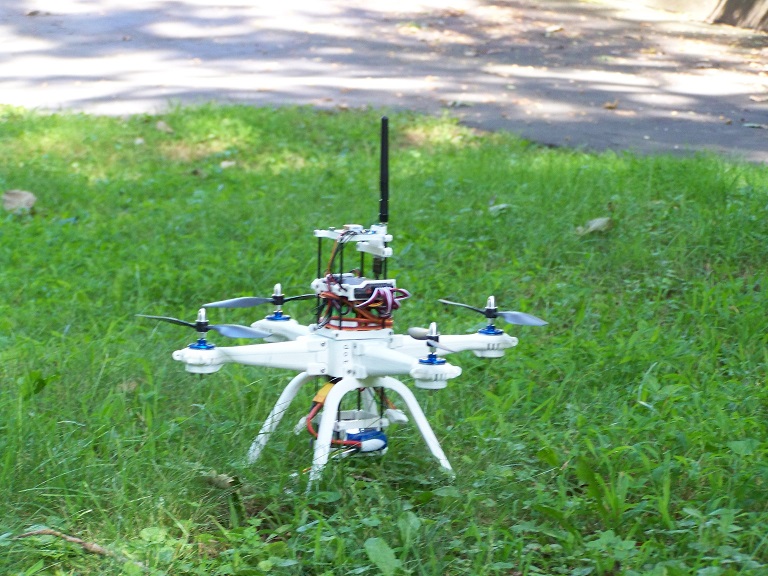