The new iteration in the Voyager series of autonomous sailing drones is Voyager 3.0.
She's bigger and faster than the previous boats, at 1.8m LOA. I've started sailing trials on a lake to try out some variations in sail proportions and design. The initial sail is slightly oversized to see how it performs. It can easily be cut down later for further trials.

Voyager 3.0 introduces a new controller based on the Teensy 3.6 microprocessor. This processor has a good amount of I/O, especially serial ports.It has quite low power consumption when operated at low clock speeds. The main areas of development in the controller are focusing on reducing power consumption to extend battery life. The current design goal is to support 4 weeks at sea on battery, without the use of any charging. In the long term, solar charging should allow for almost indefinite operation at sea.

The software for the Voyager series is gaining maturity and has successfully navigated previous vessels autonomously for several days at sea. It has been written from ground up for running a sailing drone with a self-trimmimg wingsail. It was inpired by Ardupilot, but shares almost nothing in common. Ardupilot has a lot of complexity that has no relevence to a sailing drone. 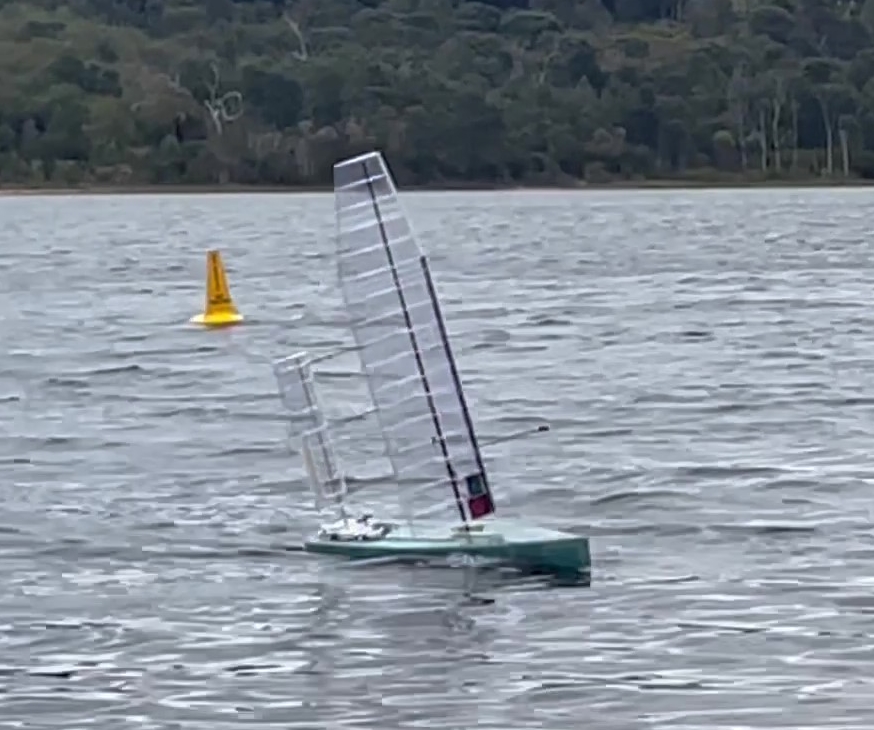