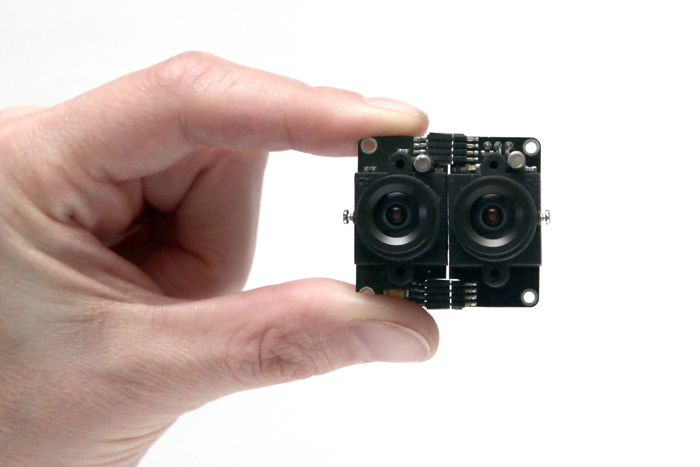 Hello! Today I want to tell You about the company's product FPV3DCam (fpv3dcam.com), a little and beautiful, you can say first of its kind - 3D video camera for fpv.

And thus, meet - The BlackBird is the smallest and cool 3D video camera real time.

Let's begin the discussion with the appearance of The BlackBird. The BlackBird is the representative of a class without hull cameras and looks like a small box the size 34 x 34 mm, consisting of two video modules, connected by a two reliable 7 pin connectors. Such design allows to separate modules and change the length of stereo connecting them with connecting cable, as well as detachable design allows setting of convergence. On the front of The BlackBird are two lens 3.6mm ( maybe 2.5 mm, depending on set of delivery, lenses standard M12), led - indicator, holders of lenses, which are hidden ultra compact high quality video sensors OmniVision OV7950 on the sensor 1/4" CMOS. The size of the array of pixels 656 x 492, image quality 470 TVL. Rear 3D camera is a board to the locations of electronic components - all parts are soldered to the Board very efficiently and accurately. Also here is an interface connector to connect The BlackBird to the video transmitter (video glasses, monitor, etc) and voltage. By the way, the range of supply voltage camera from 5 to 12 volts, allowing you to use LiPo batteries 2S or 3S. 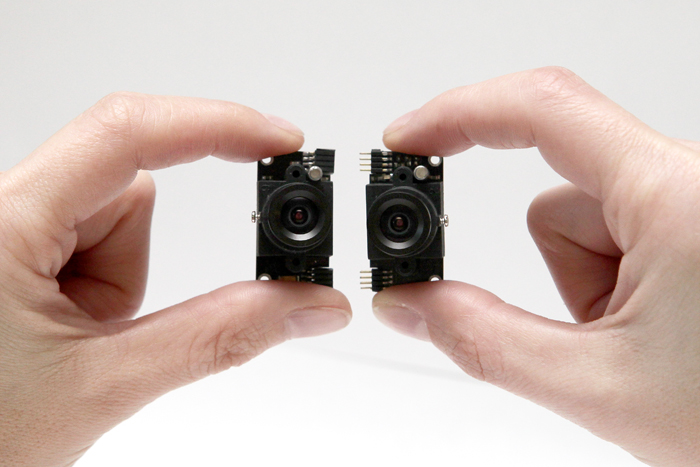 The outgoing video signal from the camera is transmitted in the format NTSC 525/60, 3D - Field Sequential 3D, which allows to use standard video transmitter in FPV system. And get in the video glasses quality Video in 3D, which allows us to more accurately navigate in space. The person using The BlackBird in FPV, feelings when managing rc model become more real, he feels the speed, volume, perform any complex maneuvers, becomes an easy game... you Can tell people use The BlackBird in FPV begins to look at this world with two eyes that originally given to him by nature.