A couple of months ago when we got the first working prototypes stereoscopic flight camera BlackBird 2, I decided to conduct an experiment - 3D FPV headset from the smartphone. For this I needed:

The first 3 items I had in stock, and 4 and 5 position I had to order and wait some time, when will come to mail order. And here a couple of days ago, I received a missing device yesterday and conducted an experiment.
Stereoscopic flight camera BlackBird 2 I connected to the  Converter AV to Wi–Fi. On your smartphone Samsung galaxy S4 mini I have installed the app WIFI AVIN, it is in Play Market. My phone has found a new Wi - Fi network and connected to it. On the screen I saw video of 3D FPV camera The BlackBird 2, the video broadcast with a slight delay. I have measured the delay – I turned on the black smartphone stopwatch and began to remove its screen camera BlackBird 2. On screen white smartphone I saw the stopwatch with a slight lag. According to the result of the test video delay of 200-300 MS, which is comparable with many digital video cameras like GoPro or Mebius. 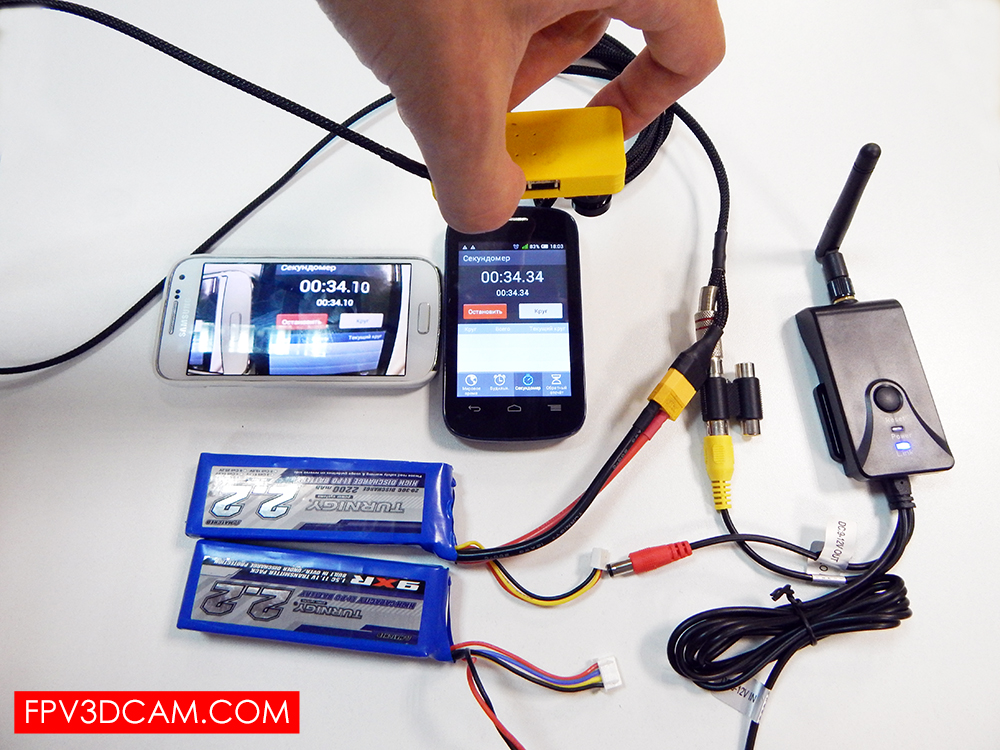 The result of the work I was satisfied! 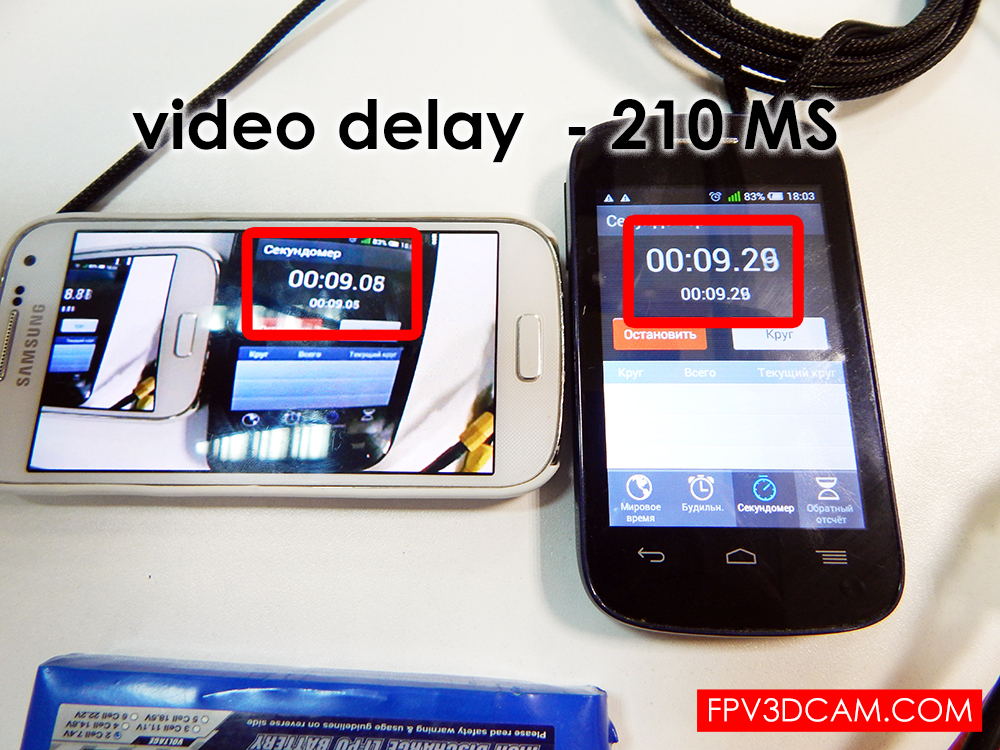 P. S. Power convertor AV to wifi small and should not be installed on quadrocopter. You can connect the convertor to your receiver and see video from the camera on the smartphone screen.