For more info. here is the full article.

As we all know when someone claims to have invented something that goes against the established norm we all are skeptical and we all raise a lot of questions. I was no different when I started following the thread created by Josh McBride (Ion01). Josh said that he had a patent pending revolutionary new idea for increased propeller efficiency, increased thrust, reduced load on the engine, etc. Pretty much all the things that we really would like but thought were impossible.

So when I received a p.m. from Josh asking me to check out this new product he has created I jumped on the chance. Without having any inclination of what he has done to this point, I met up with him at a local RC field in Guthrie, Oklahoma and, low and behold, there was something that I wasn't quite prepared to see. As you can see from the photo it looks like an exaggerated scimitar prop, until you do a double take and check the direction of rotation. As you can see the tip of propeller is forward of the hub. I must confess, I am not an engineer, but I do understand the principle of a forward swept wing. And that is exactly what this design is.

So now we get down to the testing! Josh had a standard Bolly 23 x 8 bolted onto the front of his DL – 50 engine that was mounted on his Double Vision. We ran the engine on the ground and it produced 6,800 RPM. I then flew the airplane through the entire flight envelope to get a baseline of flight characteristics. Josh then bolted on his propeller onto the Double Vision. This prop has the same diameter and pitch (23 X 8) as the previously used propeller. After warming the engine up again the tach read 7,500 RPM's, giving an increase of 700 RPM's over the previous prop. I know that rpm readings are not indicative of the actual performance of the propeller/engine combination but 700 rpm is a huge difference and I was ready to fly it and see. I proceeded to fly the plane through the entire flight envelope again. There is a distinct noise that this prop delivers, but it never ripped even when it unloaded. The engine responded quicker to throttle inputs and performance was improved in vertical maneuvers including pull out from a hover. I must add that it takes a lot of guts to design, develop and produce something this is completely different than what we are all used to. I applaud Josh for his vision and hope that he is successful in his endeavor. Thanks for being a Giant!

One last note,I will be using one of these on my 50cc bird!

Here are a couple of questions I had for Josh and thought I would share them with you guys:

Josh, What was your inspiration for this design?

I have always loved and been fascinated by the exotic look of the X-29 and the huge advantages of the forward swept wing. Then when the airline industry become so focused on the reduction of the wingtip vortex and the huge savings that resulted I began to wonder what could be done to a prop to provide the same improvements. In recent years RC Propeller designs have attempted to make the same improvements I was so interested in but I never saw a forward sweep. With the instruction of affordable carbon fiber construction, providing the strength necessary for the forward sweep, it occurred to me that material strengths must be the main reason this configuration had not be used in the past just like on aircraft. So, I figured this was my chance to finally bring the well known advantages of the forward sweep to the propeller.

Are there more sizes of props available?

Currently, we only have the 23 x 8 due to the start up costs but plan to bring many sizes to the RC industry and eventually move into full scale aircraft. In the short term, once we regain some of our expenses, our next prop will be for a 120cc and we will continue bring other props from there.

Do you have any data on the propellers performance other than RPM’s?

I was very careful during testing to ensure the only variable was the sweep of the propeller to eliminate any other “contributions” to the measurements/performance. I measured RPM’s, “wind speed” of the prop wash near the fuselage (important to 3D performance), and static thrust (those familiar with propeller design will realize that static thrust does not show the actually thrust generated in flight as a prop is designed to move through the air and not be static.) All measurements were taken at the same throttle positions in the same atmospheric conditions as well. All areas showed a clear increase in performance. I will have charts illustrating these increases on the website revolutionaryprops.com soon.

As this design is a departure from the norm, what would you say to someone who is skeptical?

The advantages of the forward swept wing have been known since the Germans first experimented with it in WWII. With the X-29 and the SU-47 the advantages have became well established. Considering it provides such large advantages to such performance aircraft it only follows that there would be advantages to a propeller which is really just a wing that rotates. Simply, it’s a simple, well known concept and I was just lucky enough to be the first to apply it in the most advantageous form on a propeller. 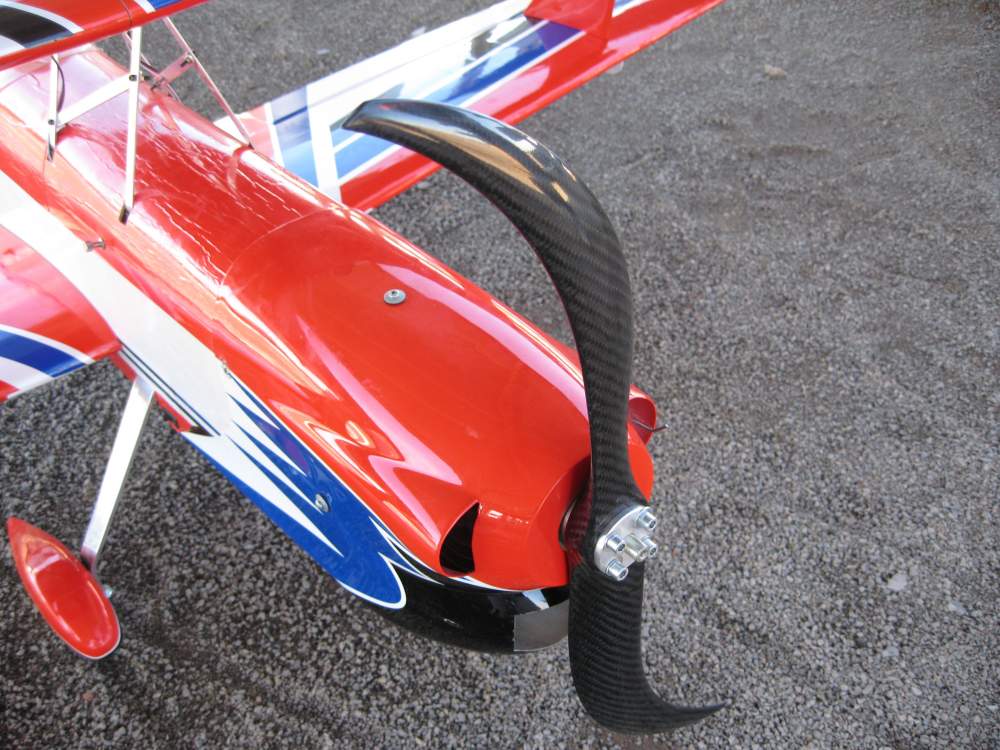 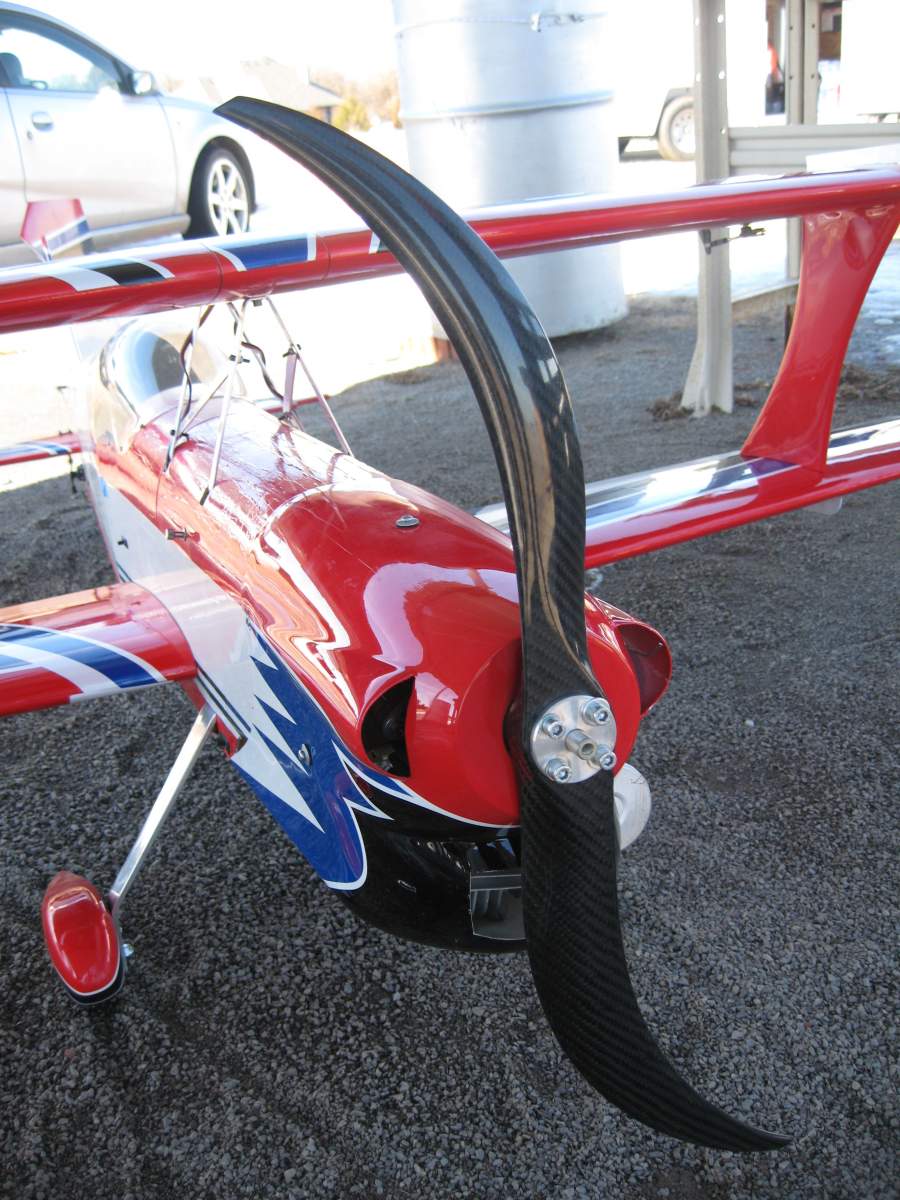