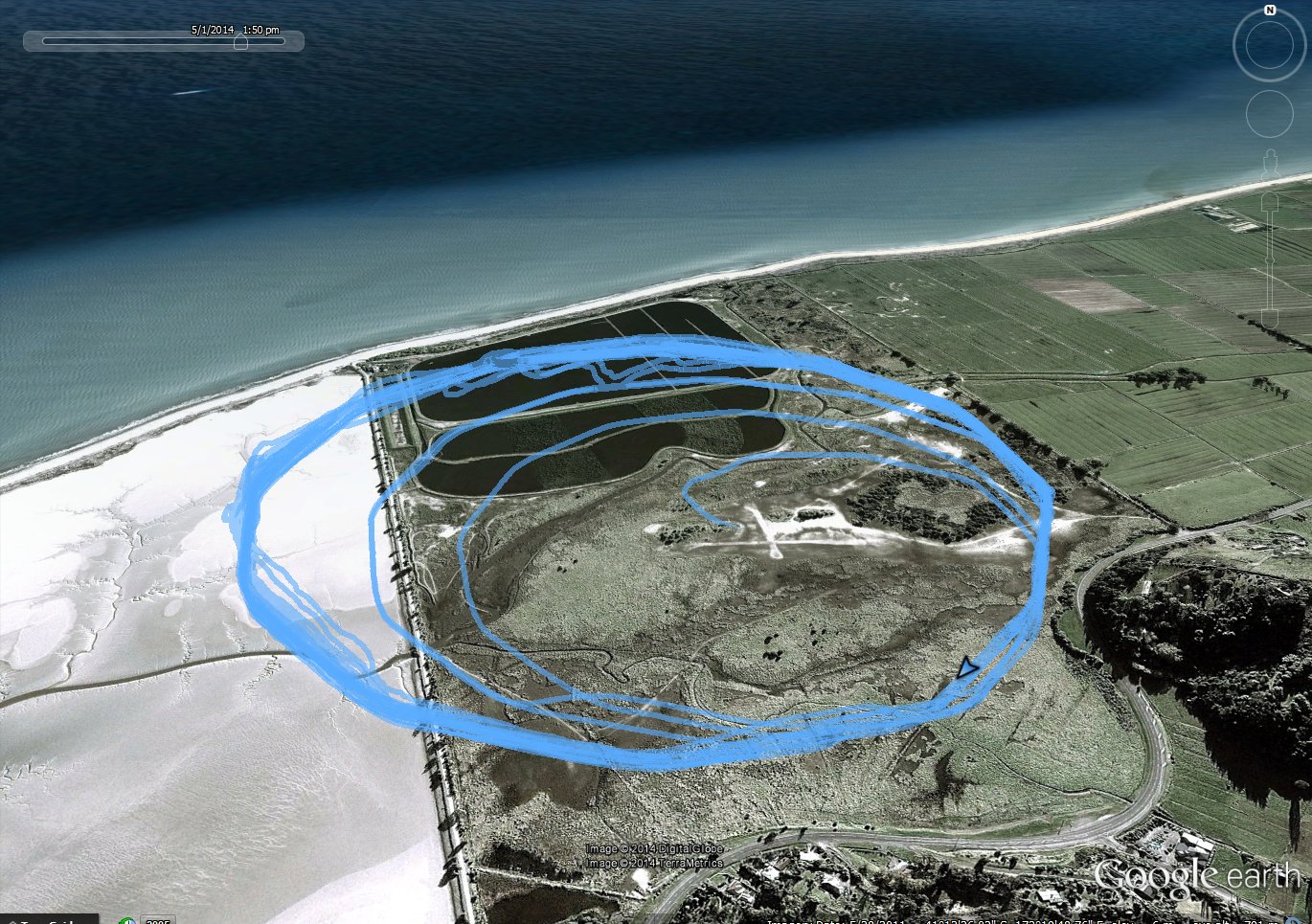 After flying my Maja for 126km I decided 200km would be my next challenge. I got the Cyclops with that in mind, it was very very efficient straight out of the box and after my first flight test I realised it was capable of much more.

I did 5 flight testing sessions where I tested different speeds, C of G positions and propellers. The data from my last two sessions suggested 300km was possible with good conditions so that became my goal.

I planned my mission with a couple of waypoint path options that I could switch between using do_jump. After a hand launch I switched to auto for a very gentle climb reaching 50m of altitude over about 2km. I flew a few laps of a 2.5km lap, before switching to a 3km lap and then a 3.5km one which used a do_jump command to fly continuous laps at 60m altitude.

To monitor my progress I’d made battery consumption schedules for 250, 280 and 300 km. My calculations said that I would need to run my batteries down to 10% remaining to reach 300 km. The first half of the flight was very calm and I was ahead of schedule. But the wind picked up in the afternoon and it became apparent that I might finish with less than 10%. I tried to help the situation in the last hour by varying my speed around the lap. I flew at 14 m/s for the head and cross wind sections, and dropped to 13 m/s when I had a tail wind. I hadn't done any calculations to support that, it just seemed that I could make the most of the tailwind section by dropping my power there a little.

I’d decided in advance to end the flight when the battery dropped to 12 V (3.0 V per cell) and I could see as I passed the 280 km and 290 km milestones that it really was going to be tight. The voltage was hovering either side of 12 V as I approached the 300 km mark so I knew it was time to bring it in, but I also knew that Mission Planner can underestimate the distance compared to the GPS log. I decided to fly to 303 km to be safe. The way the laps worked out it was 305 km when I hit the ground, and just as well because the GPS log came up as 301 km. If I’d come in when Mission Planner told me 303 I would have been member of the 299 club.

The telemetry log file is 47 MB (linked below) and Mission Planner crashed when I tried to create the KML file (I tried on three different machines). It did manage the GPX file thankfully.
Key specs: