And they say smoking is bad - Part 2 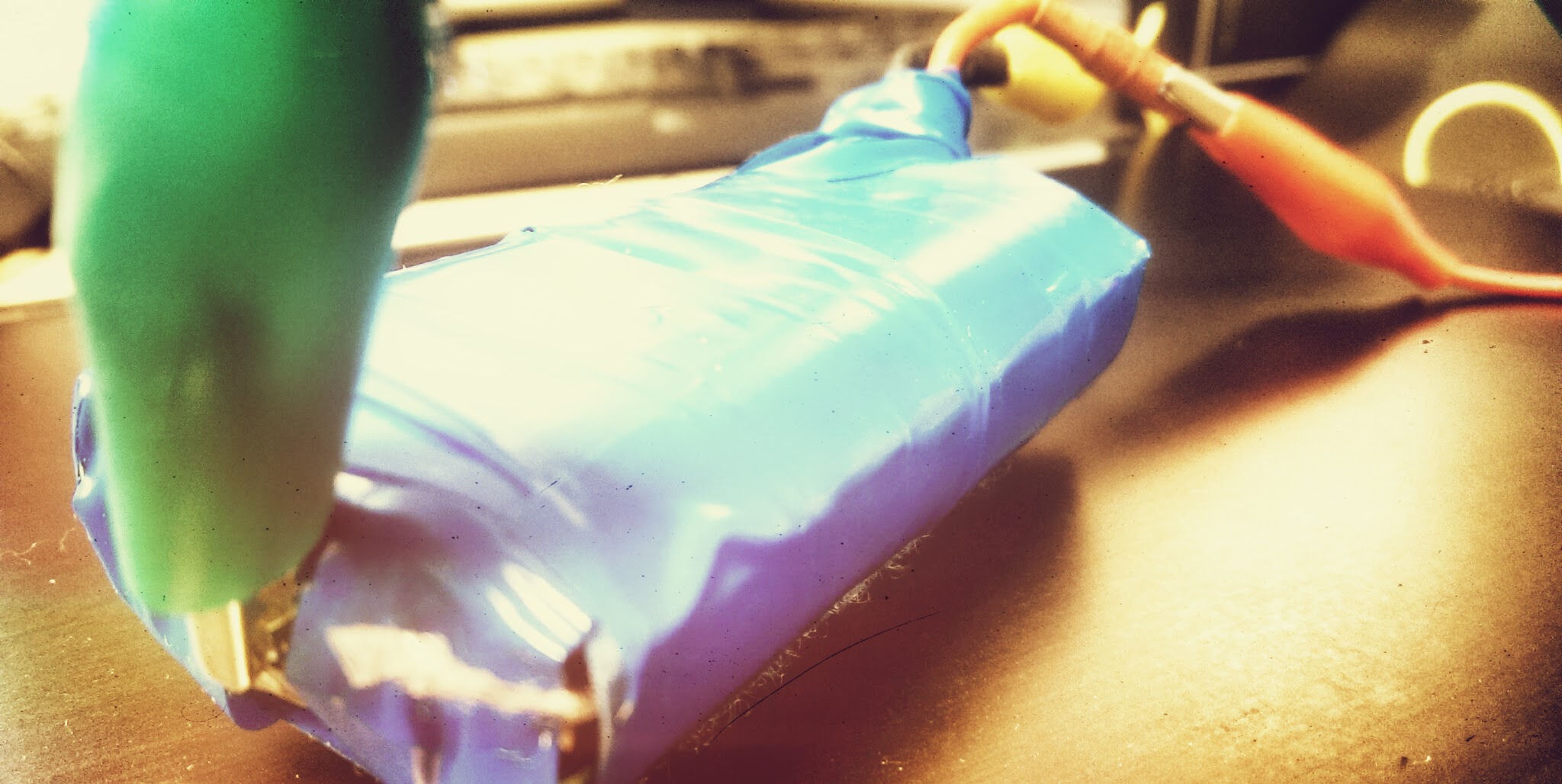 Last time I looked at a set of 18650 batteries that had some nice specs, but in the end proved to give me less flying time than my half capacity LI-PO.

I got a lot of comments - thank you so much - and several people whispered NCR18650B as an almost mythical 18650 sized battery.

I went ahead and order two with solder tips - this caused by the uncertainty of the effects of using a cheap battery holder of dubious quality.

The NCR Panasonics state a 3400 mAh capacity at nominal discharge. The cell has a fuse that melts at 10A discharge for a longer period but is otherwise unprotected.

I quickly soldered the two batteries in series, and taped everything together in order to protect the solder tips and wires. End result was not the prettiest, but it worked and the pack is easy to charge.

The other day was a nice calm flying day, and I took my trusty delta wing to the skies with the stopwatch ticking. First up was my good old 1300 mAh turnigy lipo, which clocked just below 18 minutes at cruise speed (approx 45-50 % throttle).

Next up was the NCR18650B pack, which is approx. 15-20 grams heavier thus needing a bit more throttle to get airborne and cruise along.

I flew both packs until the ESC would automatically cut out to prevent battery damage.

The flight itself wasn't particular interesting, flying slow in big circles - but the extra time was very noticeable.

This all sounds good, but there are some things to consider

So I will probably fly the NCR18650B if I want to fly slow, for a longer period with little payload, and LiPO if I want fast and/or more payload.

That said, the NCR’s were definitely good batteries that seem to keep up to their specs unlike so many 18650 type batteries these days.... you get what you pay for :-)