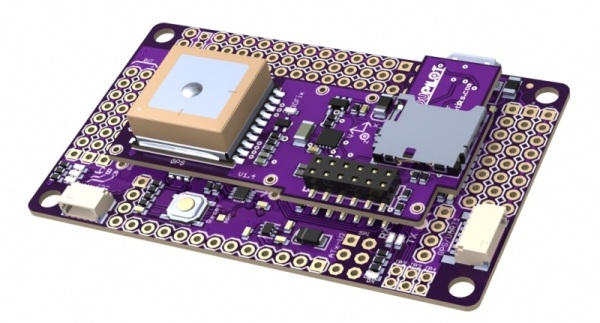 About once a year we post our software roadmap for the next 12 months. Last year, we promised we would take ArduPlane and ArduCopter into their 2.x generation, with full two-way MAVLink control and a full featured ground station and setup process. The 2.x generations of the code were intended to give APM-based vehicles all the features of professional-quality autopilots at a tiny fraction of the cost. With a huge amount of effort from the whole dev team, which now numbers nearly a hundred people across its many projects, we've completed that. Yay!

The 2.x generations of ArduPlane and ArduCopter are now being flown by thousands of people, making the APM platform the most popular open source autopilot in the world.  With the introduction of APM 2 (above), with vastly improved sensors, lower price and fully-assembled delivery, this growth looks likely to accelerate. After a shipment of 150 boards to early-adopters last month, full production of APM 2 will resume in early Feb. The current 2.x codebases already fully support the new APM 2 boards.

So at this point the 2.x codebases are essentially feature complete, and we can move on to 3.x. (That said, the 2.x software will see continued updates to improve performance and reliability. In particular the traditional heli version of ArduCopter is a couple versions behind the more mature multicopter code, and will continue to evolve over the next few months--helis are hard!).

As the dev teams focus on the 3.x code, you should see far fewer public code updates for a period of about three months (until April 2012). Lots of work will be going on behind the scenes in the Git repositories, but we will not be rolling out public releases of new features that risk drowning the team in tech support and documentation demands. Again, we will continue to fix any issues that are identified in the 2.x code and otherwise ensure that it's flying well for everyone, but we won't be adding new features to it during this period.

The main objective of the 3.x codebases will be a new architecture that emphasizes modularity and portability. This is to help with the following:

If you'd like to join the dev teams, please read this post on the best ways to do it. (Short form: pick something specific that you'd like to help with and show some familiarity with the code). We're always looking for more programmers, but we're careful about taking time to figure out how to integrate them best and on which project, both for their sake (to have the highest impact soonest) and for the sake of the existing dev team members, who have limited time.

You can always PM me with a request to join the team, and I'll generally start by adding you to the dev team mailllist so you can see how we work and get a feel for where you might fit in best.