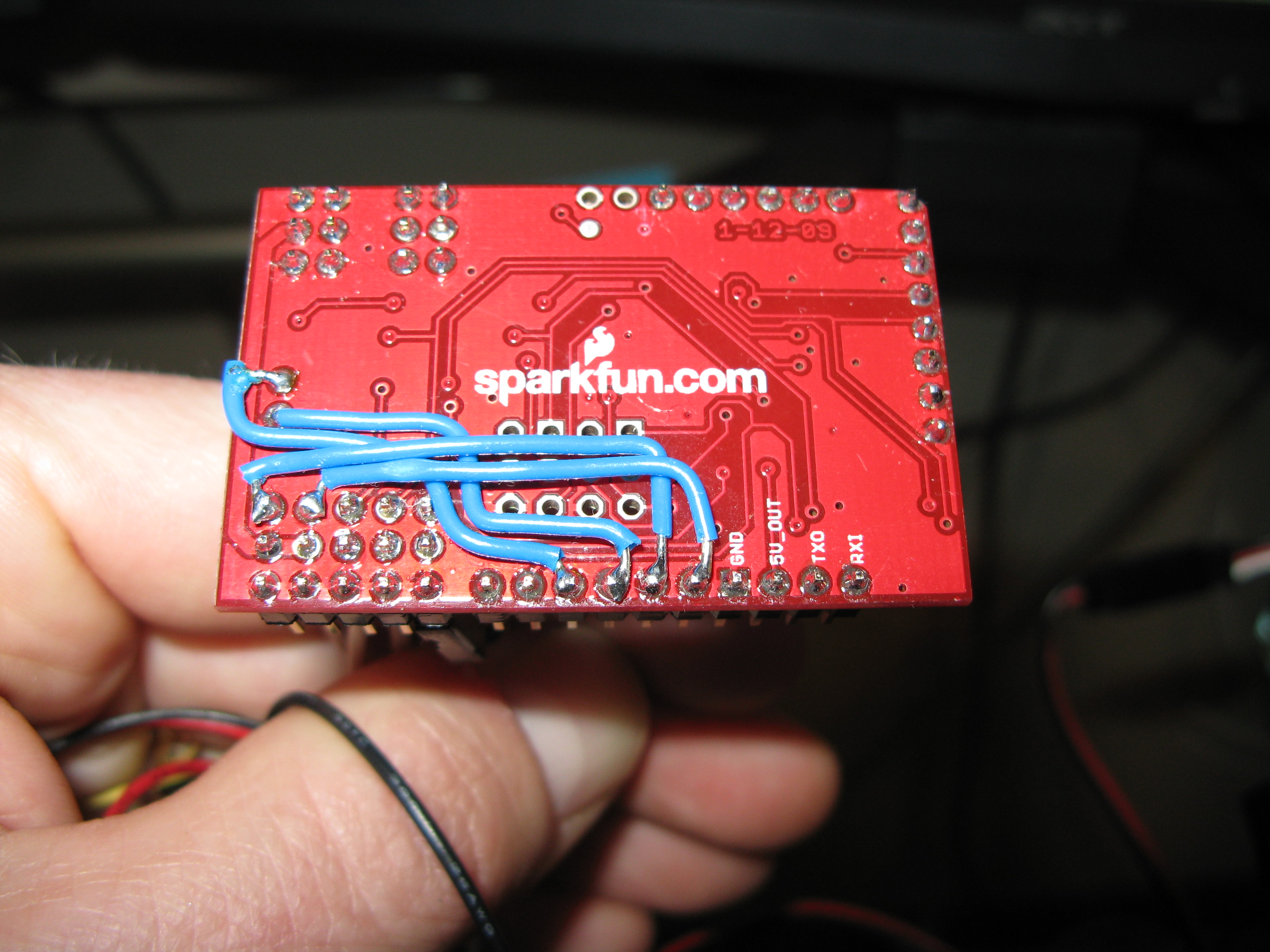 What: This is an ardupilot board that has been modified as per the picture above. The modifications allow reading the position of 4 channels from your receiver and driving 4 output servos. The firmware has been altered to remove support for gps and instead use the one ATMega328 serial port to write out the receiver channel data and read in servo position commands from an external computer.

Why: I am working on a gumstix based autopilot. The gumstix runs all the "smarts" but I need a simple way to decode receiver channels and drive servos, and I need a manual override safety switch. The ardupilot provides both of these.

I'm no master solder expert, but I managed to avoid soldering my fingers to the board and everything works, so I'm happy.

I am attaching my firmware mods (based on the Ardupilot-2.2.3 firmware with lots of hacking and chopping.) My current incantation only does servos, but I tried to leave the door open to attaching other analog sensors which could then also be reported to the host computer ... this could include pressure sensors, voltage sensors, etc.

I ran into problems using pulseIn() to read the receiver pulses (which made sense after I looked at what pulseIn() is actually doing) so I wrote my own routine that watches all 4 channels at once and times the pulse. I haven't convinced myself that I have the overall board timing locked down exactly the way I want it, but for now it seems to work pretty well. I can read 4 channels of data off my receiver (+ the selection channel state) and I can drive 4 servos from the host computer (tested with a simple sine wave function.)

On the subject of hardware in the loop testing, a board mod like the one described here could be used to read the servo outputs of a standard ardupilot, and feed them to a simulator to be translated into control surface commands there. Some additional software/communication work would be required, but it should be a reasonably straight forward project.