2
Ok, I've spent the last few weeks putting together my ArduPilot and plane.  It's running ArduPilot 2.7.1 in "Stabilize" mode.  The first flight was not very stable, possibly due to the fair amount of wind, but also because the ArduPilot is not tuned.  I've read the manual and have some observations/questions for anyone who can answer.
1. I'm running on a plane, Sky Fly Max by Hobbico, that is a boom type plane with ailerons, rudder, and elevator. I've modified the wing so it's about 52" wing span.  I'm using X,Y, & Z sensors from FMA.  My Z sensor is a second thermopile from FMA.  The AP is setup to use the Z sensor and the X,Y is configured to be "Right Side Up" with the connector facing forward.  That is how it was installed, when I tested the AP the roll compensation was the opposite to what it should have done.  As I recall the pitch was correct.  I ended up making the sensor face backward from the setting in the ArduPilot configuration.    Any Ideas?
2. Having read the manual and many posts, I know I can use the second Thermopile as the Z sensor.  I have found no orientation settings for this sensor.  Obviously, it should have a set of thermopiles facing up/down.  How do I know which pair is the one that is being used for the configuration of the AutoPilot?  The main sensor moves the controls when I put my hand in the way for it to read it, but that doesn't seem to happen on the Z sensor?  Anyone know how the FMA XY sensor should be positioned for use as the Y sensor so the thing works correct?
3. There is Roll and Rudder PIDS in the ArduPilot configuration that can be tweaked.  If I'm running Ailerons doe I modify the rudder settings? Are they in use?  When ailerons are in use I'm thinking they are tied to Roll.  Am I incorrect? 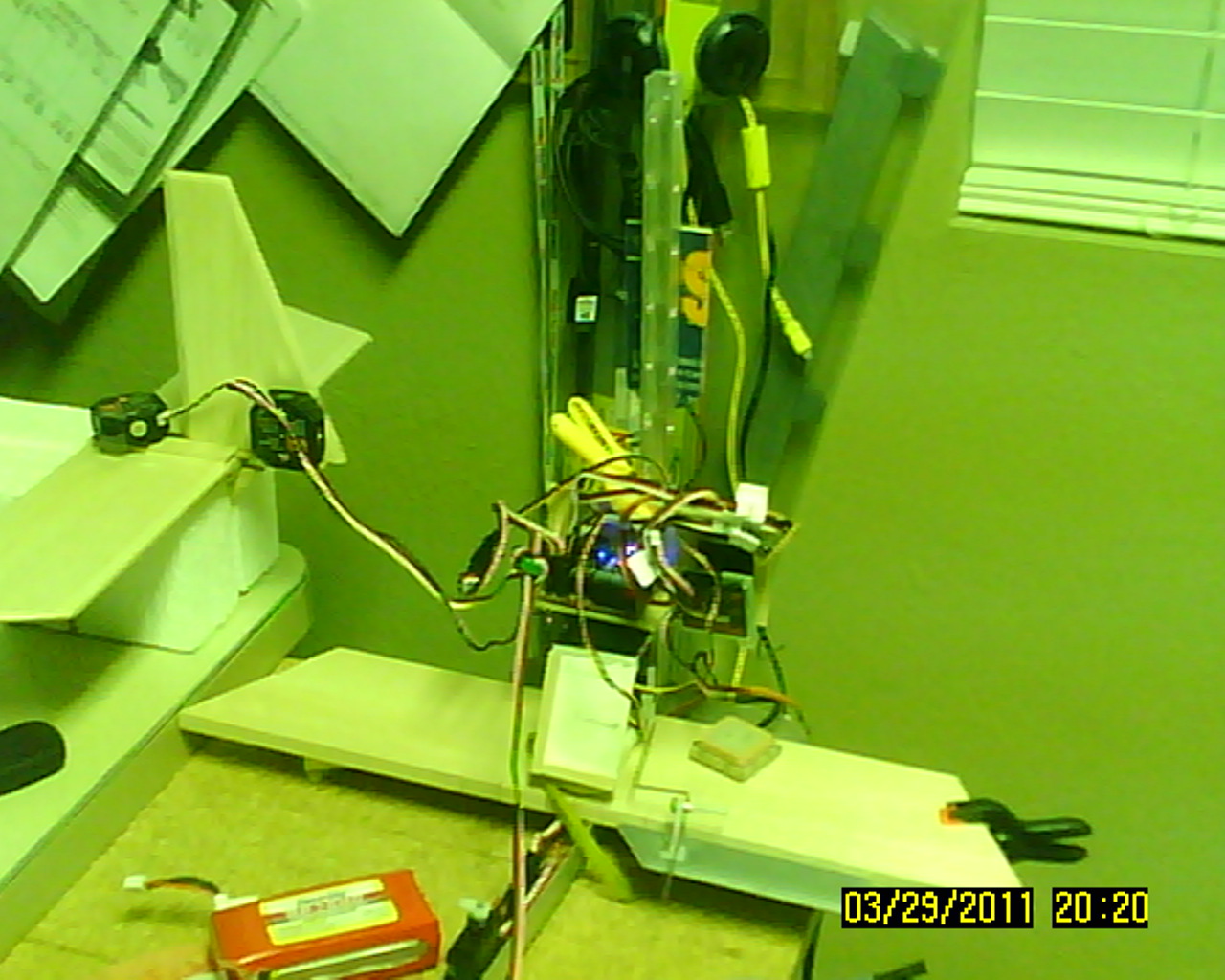 Just a shot of the ArduPilot on my bench.
E-mail me when people leave their comments –
Follow