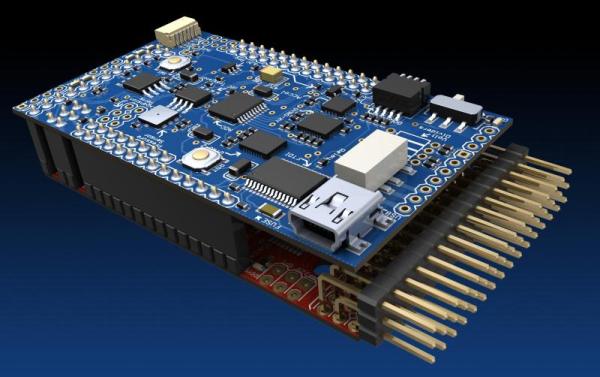 After nearly six months of development from first public alpha, hundreds of hours of flight testings and countless bug fixes, I'm delighted to announce that ArduPilot Mega 1.0 is now out of beta. This code is solid, should run pretty much out of the box and has been tested on more than 30 different airframes, to say nothing of countless flight simulator hours. This is almost certainly the most complex Arduino program ever written, and takes the Arduino hardware further than anyone thought was possible.

Between the APM code and the Libraries, there have been more than 3,000 commits to the SVN repository, which is just one indication of the amazing amount of work that's gone into this. Huge thanks to the team leaders: Doug Weibel, Jason Short, Michael Smith, Michael Oborne, James Goppert, Benjamin Pelletier, and Paul Mather, with special library assistance from Jani Hirvinen, Jose Julio and Randy Mackay.

To get started with APM 1.0, we highly recommend using the hardware-in-the-loop simulator using the Mission Planner and the excellent Xplane Flight Simulator. Hugely fun to program missions and watch the planes perform them perfectly, hands off.

The work to bring APM to maturity will also pay dividends for the rest of the Ardu* family of autopilots and UAV systems, which share the same libraries. This includes: