The product design of new motorcycle of biomechanical horses.

Demo reel include all application packages.

About the formula of the voluntary movement of natural animal

A mathematics teacher of Chinon, Mrs Françoise Jacot did describe in her words the construction process for our formulas and made a demos with GeoGebra. These formulas becomes the reference of all voluntary movement.

She explains that this is similar with the Cardoid curve. https://en.wikipedia.org/wiki/Cardioid

About the next generation industrial revolution on a long-term philosophy 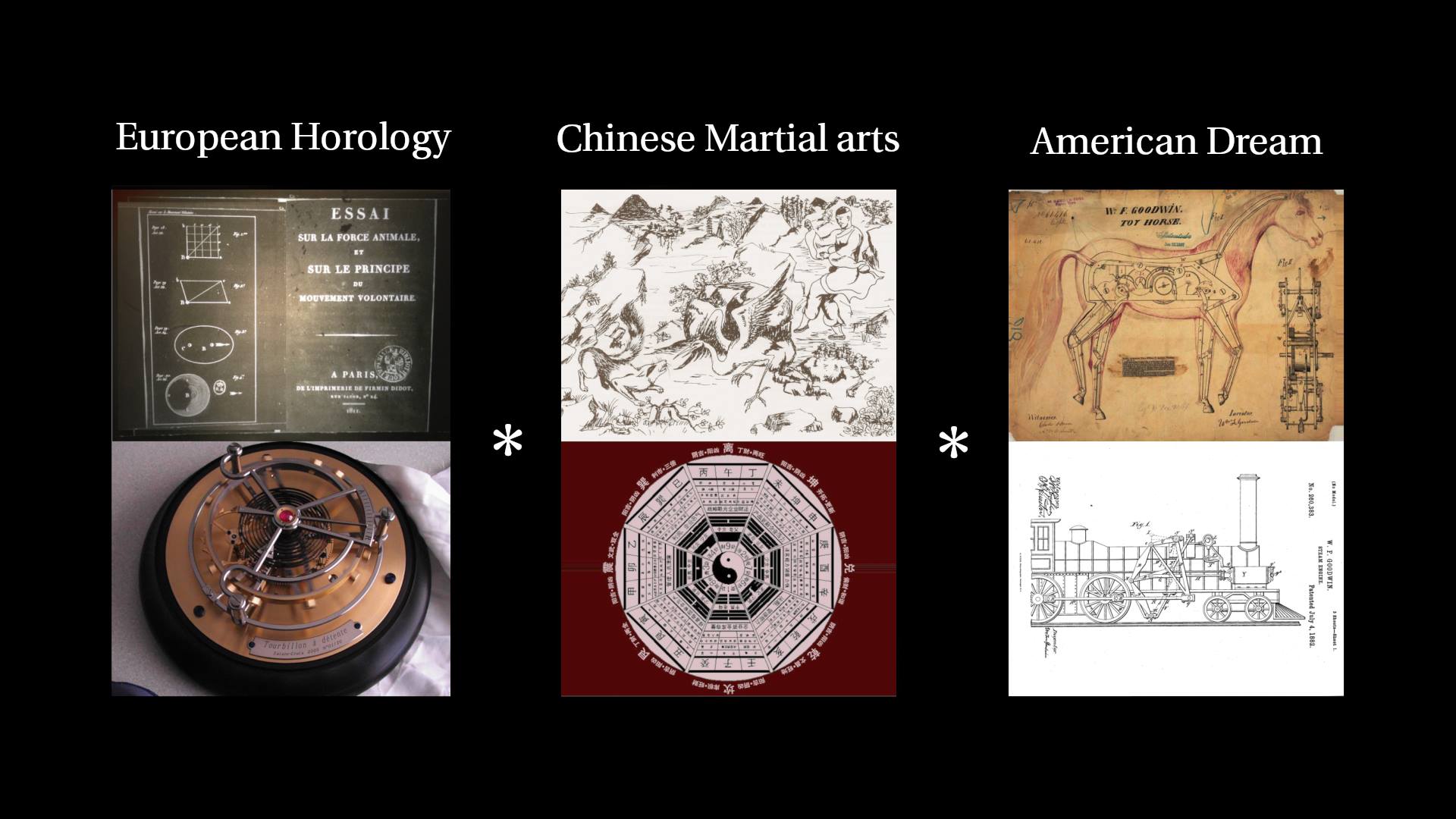 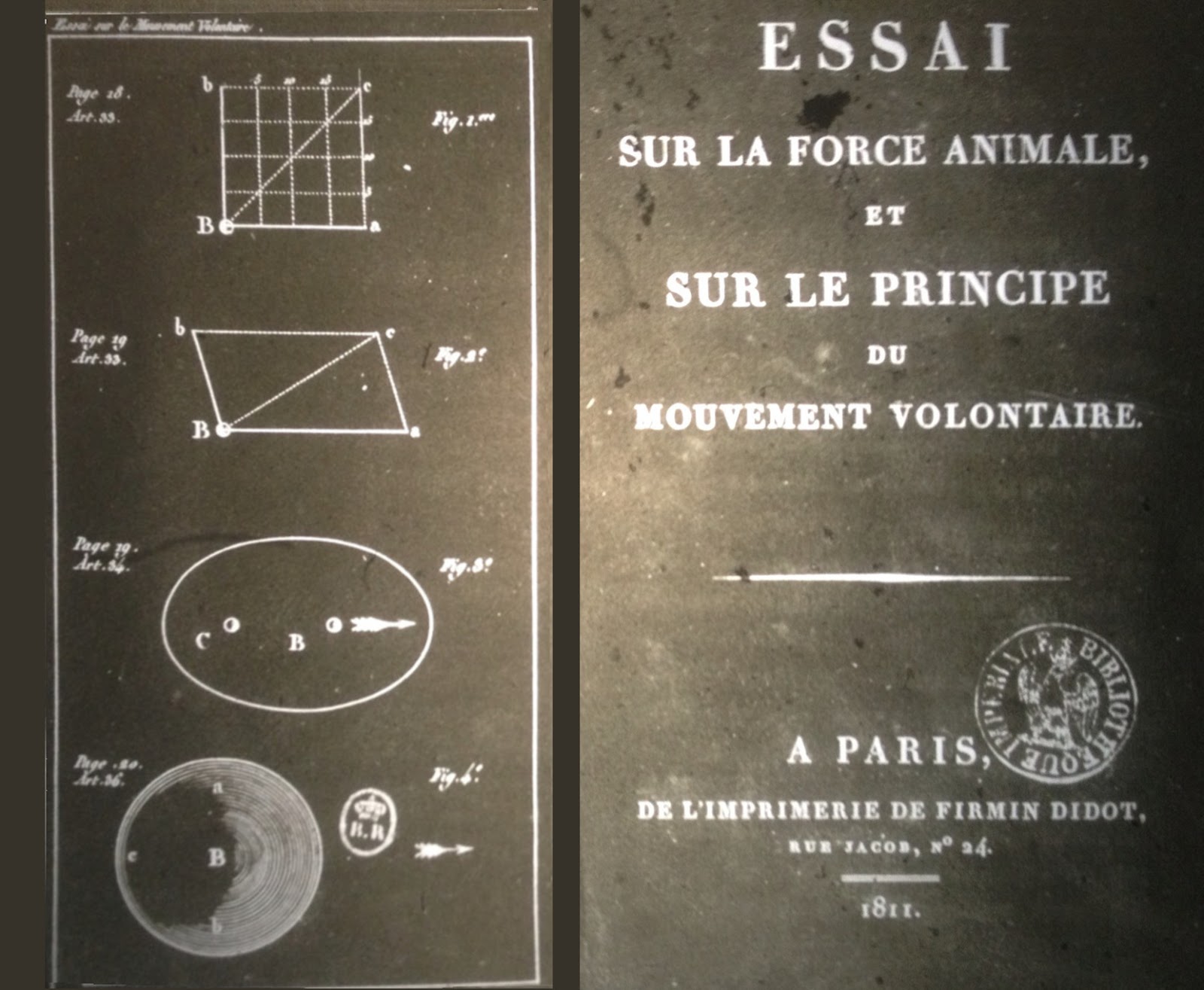 Applying the theory of Breguet to modern time, the movement agent(expansive movement) that he was referring, that is Λ, the cosmological constant to Einstein's equations. It's dark energy that accelerates the expansion of the universe against attraction agent(concentrating movement).

"Movement, thus considered, is presented in a different aspect of that physicists gave him until here. I think, in nature, there is the matter and agents, that is to say, bodies and agents, or powers: bodies are the various modifications of matter, called substances, minerals, plants, animals, stars, atmosphere, etc.. : Agents are active principles of the material, or the general laws of nature, namely, attraction and movement. Attraction and movement are perpetually fighting;

they are two opposition movements, which should be called concentrating movement and expansive movement;

the maximum of the latter is the minimum of the other, and the maximum attraction, or concentrating movement is the minimum of expansive movement. It seems that in nature, there is no phenomenon that has not its positive and its negative. There is a principle of movement related or attractive property to each molecule of material, for unite with each other, calling in all directions. ..."

The clock mechanism metaphor to aware of the progress of the universe. It is important to the innovation of humanity.

Our new vehicles and robotics development must be practical and rational.
We can find a natural philosophy for that in the mechanical clock escapements.

Abraham-Louis Breguet focusing on the tremendous power of small organisms on the Earth, he said animal movement is brought from the rotational motion of the Earth. Its motion source is the dark energy that is filled in the universe.

I imagine it as a clock mechanism. https://www.youtube.com/watch?v=Z7xNhjf3eFw

In other words, These living matters and the earth always are interacting to function as a regulator. (Emergence by the nonlinear interaction.) That movement energy is an open system.

In the theory of relativity, time dilation is a difference of elapsed time between two events as measured by observers either moving relative to each other or differently situated from a gravitational mass or masses. so from the local frame of reference (the trotting clock on a Horse), the relatively accelerated galloping clock on a Horse moves slower.

Our formulas construction is attributed to Chinese Internal arts in Tai Chi Chuan. that is Yin and yang, Wu Xing, Bagua.
Also those reference angle of articulated arm is attributed to Wing Chun. (135 degrees is Tan sao)
http://varipon.com/index.php/work-plan-6/task-61-formula/
http://varipon.com/index.php/work-plan-6/task-62-octagonal-formula/

We can understand well a natural logic from the movement of Tai Chi master.

Then, please attention to the formula of voluntary movement (ω1) on the video uploaded.

The Yin and Yang is a joint (γ1) which is coupled to a joint (β1) and a fulcrum (α2). having tilted peacefully to the left, the joint (γ1) is suddenly rocked aggressive to the right.

So when biased to extreme, always recoil occurs powerful.
It is a fundamental natural law of yin and yang. this is because, that the Taiji (Supreme Ultimate) which is a link element coupled together by a joint (β1) and a fulcrum (α1) keep it revolution constantly same speed. the joint (β1) is disposed so as to be capable of revolving in an orbit centered on the fulcrum (α1). the Wuji (Without Ultimate) is a fulcrum (α2).

William Farr Goodwin of 19th-century mechanician had been tried to give a regularity to the structure of the mechanical element of horse machine legs. (that element form is like a character of "斤")

Probably, he had expecting a presence of the voluntary movement theorem. 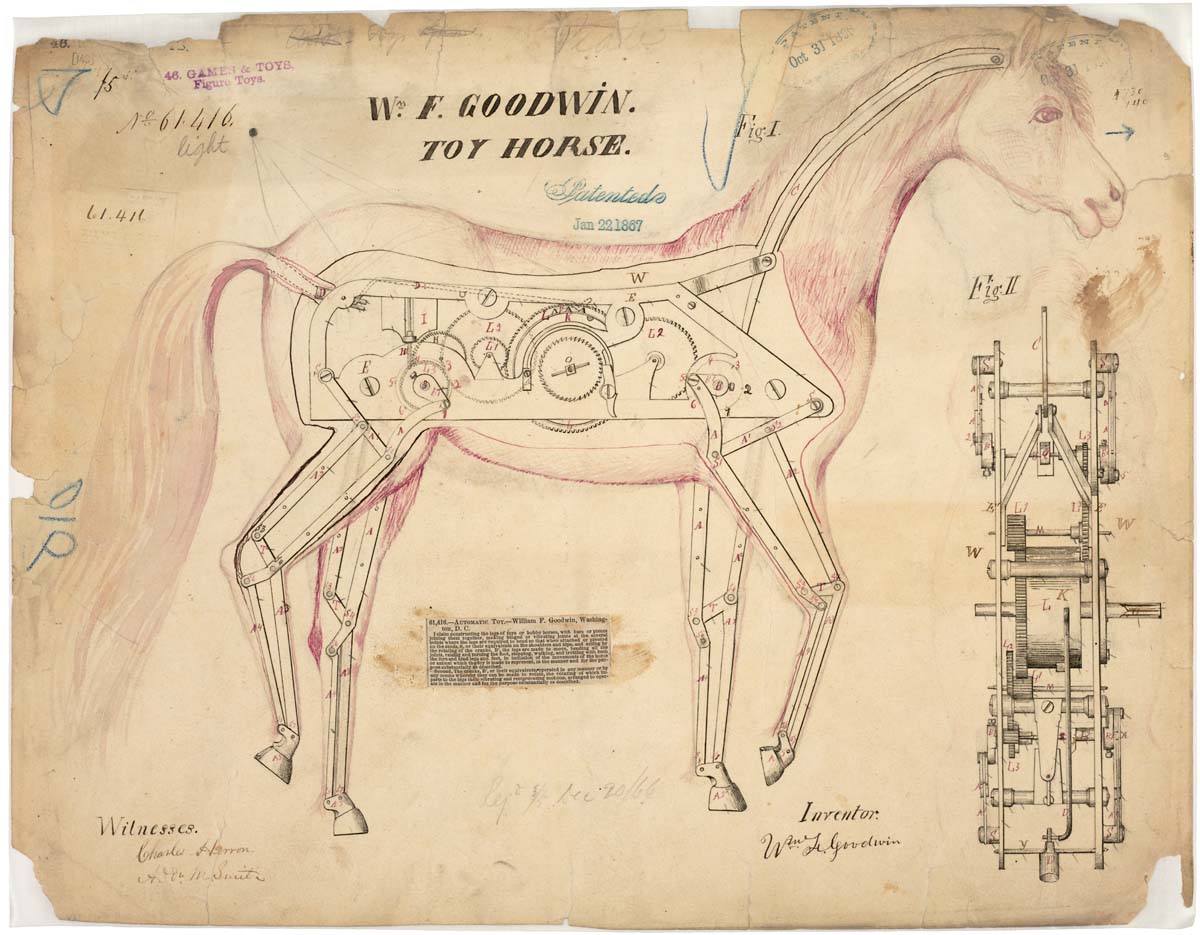 When we look back the history of American industry, we can find pioneers dreams and creative potential that remain even now. For example, William Farr Goodwin had conscious of equivalence between the biomechanical movement of horse legs, and a mechanical linkage for driving the wheels of the locomotive.http://www.google.com/patents/US260383 https://research.archives.gov/id/594926

In 2005, at the Art and History Museum Neuchâtel, while watching the demonstration of three androids made by Jaquet Droz, I met a engineer of NASA Advanced Supercomputing Division. then I brought him to some craftsmen's ateliers of Switzerland.

He was hoping to my future, gave to me some criticisms about the automaton of past. "Jaquet Droz family works of the 18th century are masterpieces. but french automaton of the 19th century are just toys. there is no formidable idea, however that storyteller's demonstration is fun." etc...

Among them, he so surprised when he saw the idea concept of mechanical horse legs. "Wow, where this great idea come from?"
http://varipon.com/index.php/intro/ François Junod also did not know well about the meaning of this idea. He said humbly that this is a maybe useless toy, or a representation of mechanical poesy.

I knew that the NAS engineer had been blessed with talent of the long-range outlook. he was a top athlete of rifle shooting that is ability to capture a far away target. from his profond reaction, I recognized that mechanical horse is a most important artifact.

The difference of two masters could be seen also from driving skill. François Junod was a very polite driver like a good teacher. NAS engineer was a perfect racer with a international competition license.