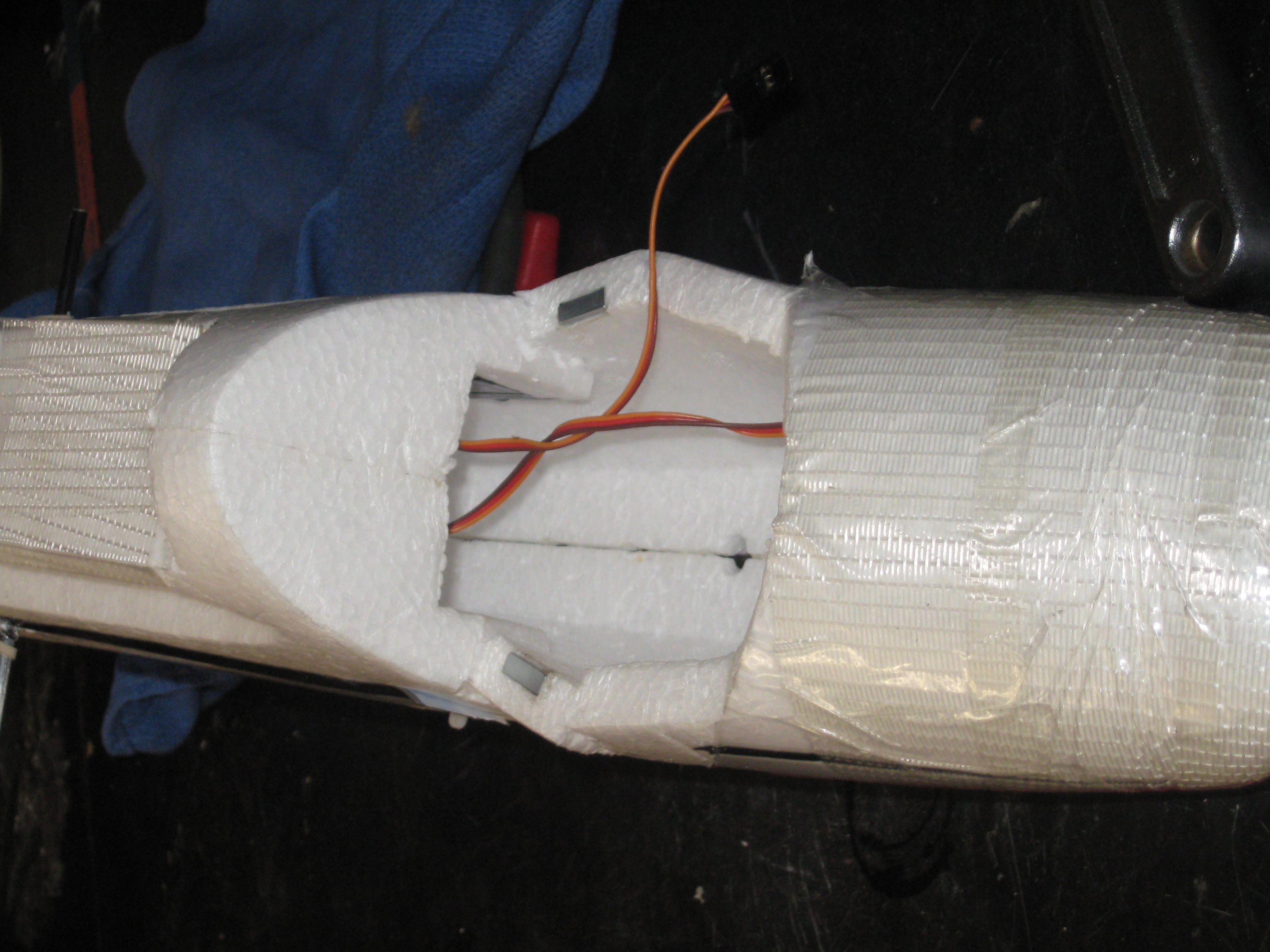 The most recommended plane for a starting drone researcher is the Bixler or Sky Surfer (depending on what company re-branded the model).  These planes are all made of a foam material called Expanded Polyolefin "EPO".  A topic that most people that use EPO planes encounter is how to go about repairing crash damage.  I present for your consumption the boiling water method, which has been presented a few times before in RC group posts.

First, if we examine Figure 1 below it will be noted that my 2nd bixler has the characteristic front crumple zone damage associated with a nose in landing.

In order to repair this crash damage I prepared the apparatus pictured below in Figure 2.  This consisted of a 4500mL beaker, supports, and a Bunsen burner.  I also used an RTD senor to measure the temperature at specific points during the process  Conceptually, one could easily employ a standard boil kettle, but care should be taken as chemicals may potentially leach out of the foam during boiling, so if possible use a canning pot or other vessel that does not come into contact with foodstuffs. Using this apparatus.  I determined that in order to re-expand EPO foam the required temperature is quite high ~90 Celsius.  I personally used 1 minute as my dip time, as I wanted to minimize the servos exposure to moisture.  Longer dip times might yield similar results at lower temperature, but I did not investigate these.  In order to check the temperature without a thermometer you could either wait for a rolling boil or dip a wing tip in the water for a minute and observe.  If you see the characteristic "pearling" or "lizard skin" pattern where the EPO pellets have expanded out after ~1 minute you are at the right temperature for your dip.  The horizontal stabilizer of my first bixler, which has been partially dipped is pictured below in Figure 3. I dipped my planes nose into ~90C water and held it there for ~1minute until I could visibly see "pearling" thru the glass of the beaker.  I then removed the plane and attempted to foam safe CA glue the now de-stressed rifts back together.  The result is presented below in Figure 4. 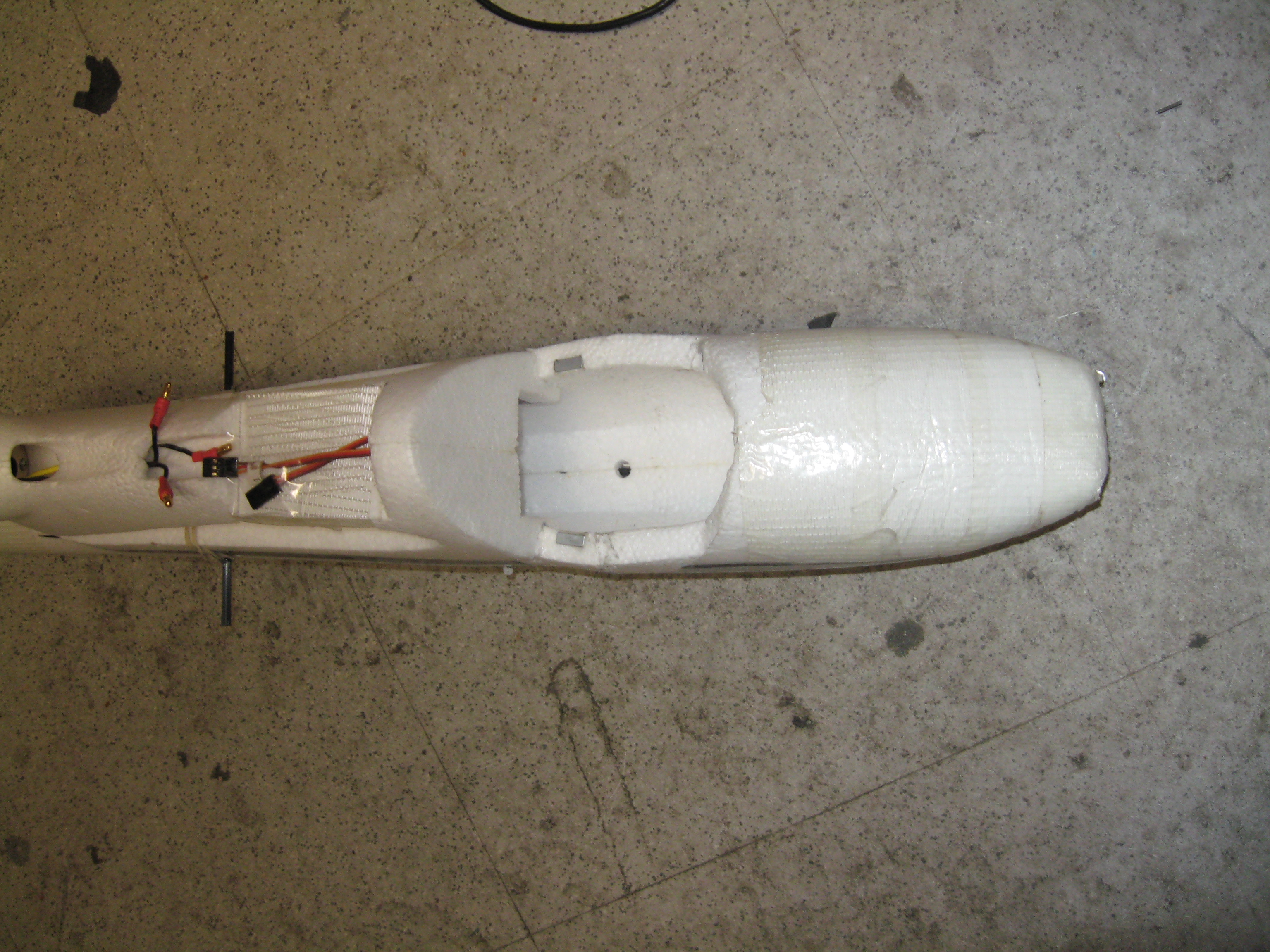 All in all, this method does work to some extent particularly for eliminating bent areas especially on the rudder, wings, and horizontal stabilizer, but it probably will not restore a plane to factory condition.