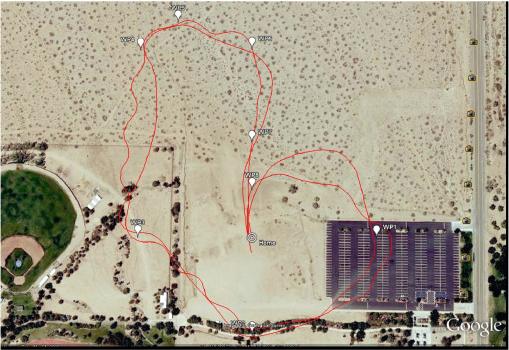 Another great run by Brian Wolfe with his custom PicPilot autopilot, and he wins Round 7 of the T3 competition--the autonomous takeoff and landing round! Second place goes to Mark Griffin (Paparazzi), Third to William Premerlani (UAVDevBoard), followed by Riccardo Kuebler (UAVDevBoard) and Krzysztof Bosak (EasyUAV).

This was a tough round--not all autopilots can do autonomous takeoff and landing--so hats off to the winners. They're all real UAV pros, as shown by their consistent high performance in multiple T3 Rounds.

I'll announce the next round this weekend, and it should be a bit easier (and fun!) to encourage lots of entries. Plus it's summer--what else do you have to do??

Full list of winners and standing after 7 rounds below. Huge thanks to our judge, Gary Mortimer, who has handled the difficult task of reviewing and grading the entries (requiring the smarts of Einstein and wisdom of Solomon) with charm, good humor and constant encouragement. We couldn't do it without you, Gary!