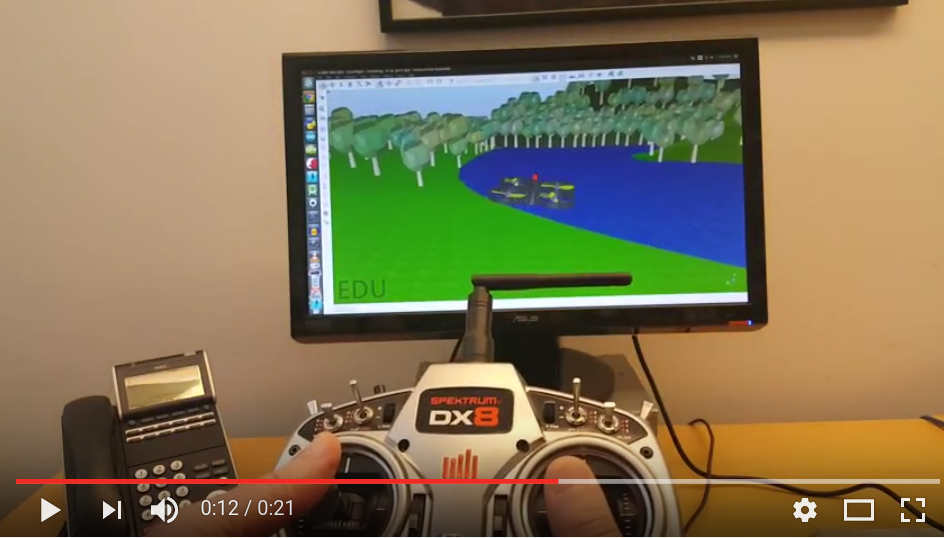 This video shows me flying our homebrew "Hackflight Sim" quadcopter flight simulator using a Spektrum DX8 receiver without a cable. The DX8 is talking to a Lemon RX satellite receiver connected to Teensy 3.2 (32-bit Arduino-compatible microcontroller), which connects to my Linux computer over a USB cable, as shown in the image below. A simple Arduino sketch reads the DSM-encoded values from the RX over the Teensy's RX1 (UART input) pin, and converts them to serial messages encoded using Multiwii Serial Protocol (MSP). The simulator parses these messages, converting them into stick demands to fly the simulated MAV.

Consistent with the Hackflight approach of using and re-using inexpensive, open-source hardware and software as much as possible, this hack relies on hardware (Teensy 3.2 micrcontroller, Lemon RX satellite receiver) and software (MSP parser) that we are using onboard our MAVs as well. 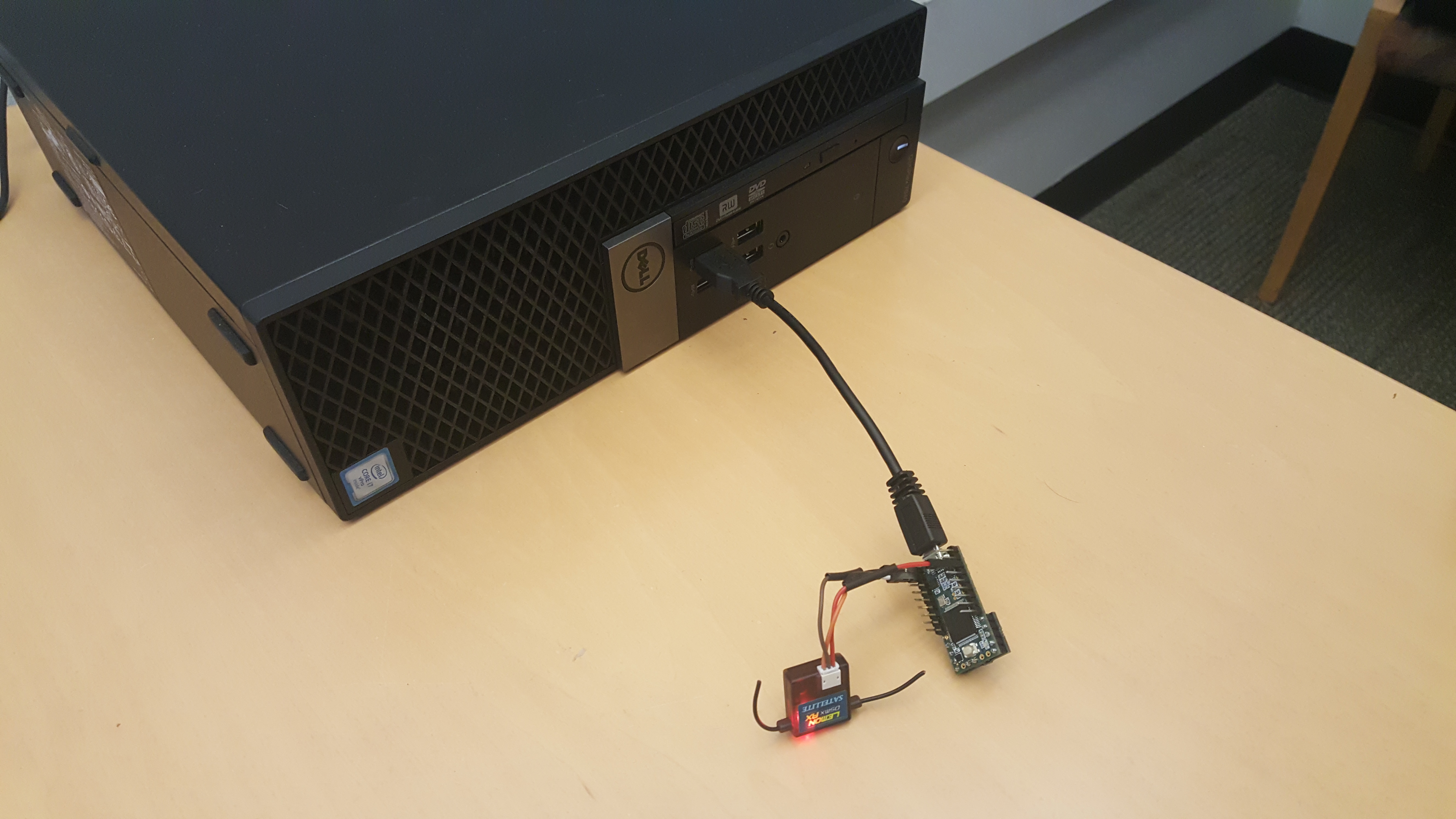 Although it'd be great to get this cable-free hack working with a commercial flight simulator like Phoenix, there is already at least one such solution available commercially.