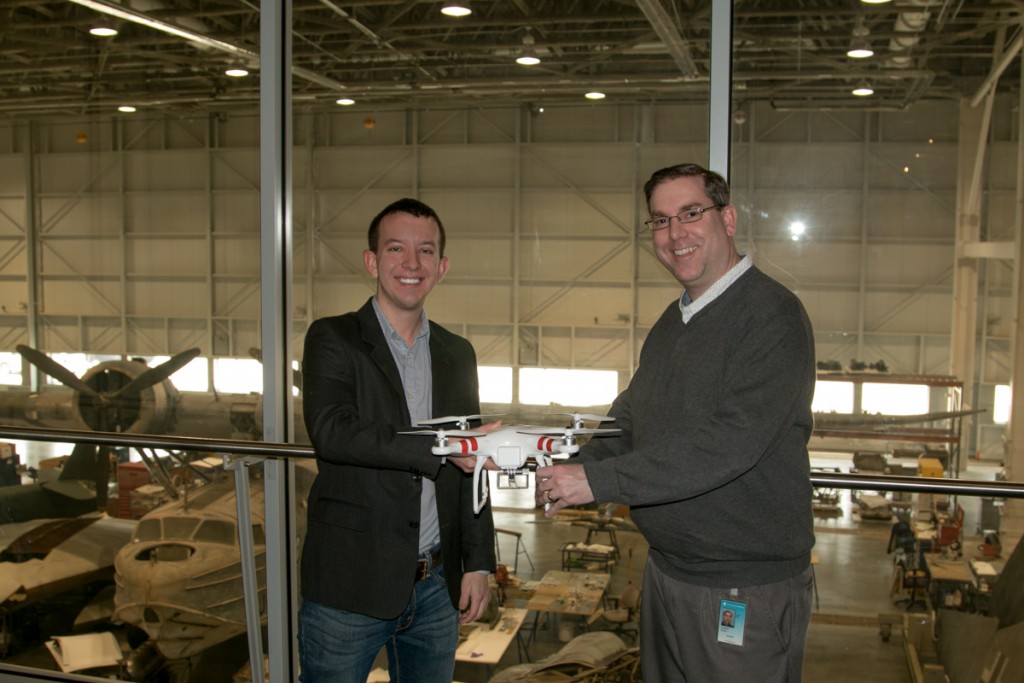 As reported by Bard College's Center for the Study of the Drone:

"On Thursday March 19, the Smithsonian’s National Air and Space Museum, home to such iconic aircraft as the Enola Gay, the Spirit of St. Louis, the SR-71 Blackbird (which travelled from Los Angeles to its final home in D.C. in 1 hour, 4 minutes, and 20 seconds), and the Space Shuttle Discovery, took delivery of something much, much smaller: a DJI Phantom I quadcopter drone. And not just any Phantom, to be sure. It was our Phantom I. That is, it was owned and operated by the Center for the Study of the Drone for its educational programs at Bard College. Though only a fraction of the size of most of the famous aircraft at the NASM, the Phantom I represents a moment in aviation history that is, by some measures, no less significant."