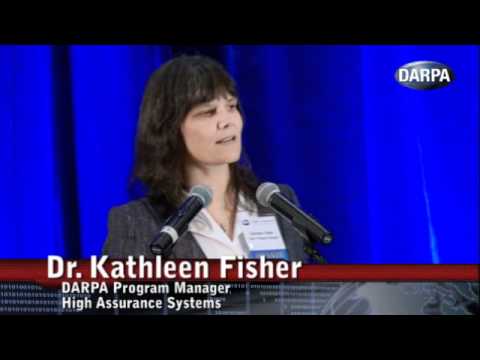 “It’s not just that you’re proving the absence of a particular bad property from the security perspective,” she explains. “You’re actually positively proving that the software has the correct behavior.”

Fisher points out that with unmanned systems, an attacker can reach the relevant software remotely. Until a few years ago, cyber-physical systems such as automobiles had their own built-in security because they were not networked. But, automobiles increasingly are likely to have network connections, especially those that automatically provide for emergency response in the event of an accident. “The fact that pretty much all of these systems are networked means that the kind of vulnerabilities we’ve seen on desktop and traditional computing systems for the past 20 to 30 years now carry over directly to these kinds of cyber-physical systems, such as vehicles,” she says.

One target platform is an ArduCopter, which Fisher describes as a hobbyist unmanned aerial vehicle. The code in this relatively small system is readily available, so developers should be able to replace the code completely. Developers already have built a domain-specific language called Ivory that would generate flight control types of code. Half of the original control system code has been replaced by the new high-assurance version—enough that the helicopter can be flown using this new code, she posits.

Galois, including APM dev team member Pat Hickey, is leading the effort to create high-assurance flight control software for the APM:Copter (ArduCopter) platform. This project, called SMACCMPilot, uses the PX4 hardware platform, parts of the APM software stack, and new Ivory language software components. SMACCMPilot currently implements the basics of ArduCopter's stabilize mode, including MAVLink telemetry, and plans to expand autonomous functionality soon.
As a by-product of this effort, Galois developed the APM Hardware Abstraction Layer (AP_HAL) and contributed it to the APM community.
The Ivory language and SMACCMPilot project are open source. More information is available at smaccmpilot.org.
E-mail me when people leave their comments –
Follow