I have been playing with some concepts here to try come up with a repeatable implementation with reasonable performance. The main aim is to obtain a good match to the feedline and RX/TX equipment, and to ensure that the dipole radiation pattern is preserved as best possible. The idea is to use a vertically orientated sleeve dipole on the ground as this could be housed in a plastic tube with the radio connector at the base of the tube. On the aircraft such an antenna is rather unwieldy since it is around 400 to 500mm tall, so a conventional dipole coaxed into a V form is suggested. This can be cut into the fuselage and vertical stabiliser foam, or simply taped to the foam on the outside for tests. It could also be taped onto the horizontal stabiliser, one element on each, with the coax down the center of the fuselage, although the signal polarisation to the ground vertical is not optimum this way. If this were the prefered installation, then a similar 'V' could be used on ground.

I have not indicated all the final construction details, such as the tube into which the sleeve dipole could fit, or a substrate onto which the V antenna could be fitted for robustness when used for ground antenna - I can help with further ideas and suggestions in this regard if need be - it is just a little difficult as I do not know what materials may be available to each in his part of the world...

This forms the dipole and the braid section forms both the one half of the radiator, and a balun to suppress unwanted current from flowing down the outside of the coax shield and degrading the radiation pattern of the antenna.

However, the performance and matching of such a 'folded braid' sleeve dipole is not optimum.  A more optimum sleeve is where the inside diameter of the sleeve is 2 to 4 times the outer diameter of the coax cable, and when around 4 times, the sleeve should be around 0.21 wavelengths long. With this in mind, an antenna was constructed and tuned to see if this would be easily reproducible. The first used the 'folded braid' method, and then a further three employed brass tubes as the sleeve, of 7mm, 9.4mm and 11mm internal diameter. In each case the sleeve length started out at 0.26 wavelength.

In each case the antenna was tuned by trimming the length of the top vertical element till resonant. Then an RF current probe with a spectrum analyser was used to measure the currents flowing in the braid of the coax , a 400mm long section below the sleeve on the antenna. Then the sleeve was trimmed in length by 2mm, and the top element re-trimmed for resonance, and the currents measured again. This process was repeated on for each diameter sleeve tube.

The results indicate that for the thinner diameter tubes ( folded braid being the 'thinnest') the SWR would remain above 1.5:1, and the common mode current on the coax outer shield was still high. As the tube diameter increased, the tube would need shortening, the top element lengthening, and the SWR would improve. Simultaneously, the coax currents began to reduce dramatically. The 9.4mm diameter tube showed excellent results, with SWR of 1.15:1 at 434MHz, a tube length of 145mm,( around 0.21 to 0.22 wavelength,)  a top element length of 182mm, and the coax current was less than 7%  of that measured on the folded braid version. The 11mm tube showed no worthwhile improvement, so the 9.4mm tube is chosen as the optimum.

Dimensions are indicated in the drawings below: 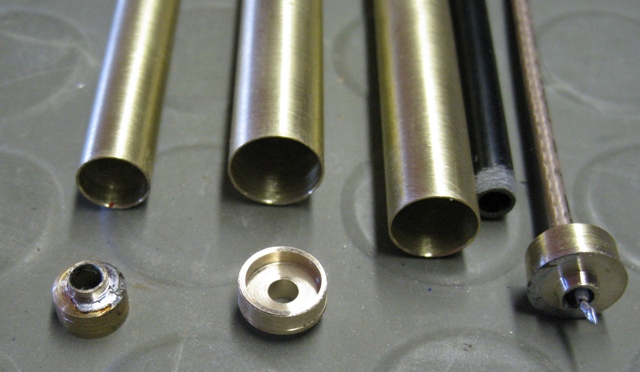 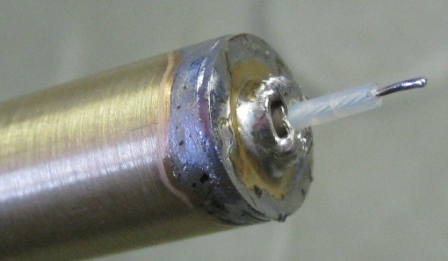 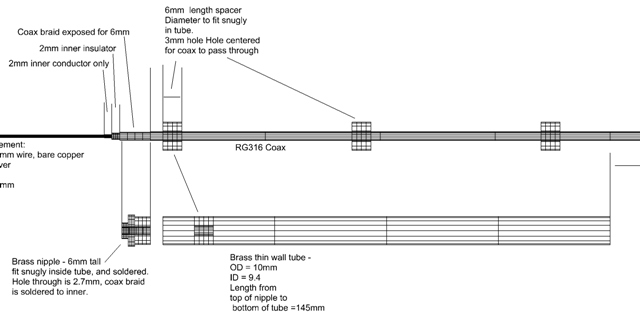 The following images show SWR and Smith chart data for the final antenna. Note that this antenna is not fitted into any housing or tube. I fitted it into a length of 20mm diameter PVC conduit tubing to measure the effect, and it is quite dramatic. Therefore, if anyone wished to package is so, please let me know what the tubing that you wish to use is - I will try to obtain something similar, and retrim the elements to compensate for the tube shortening effect. 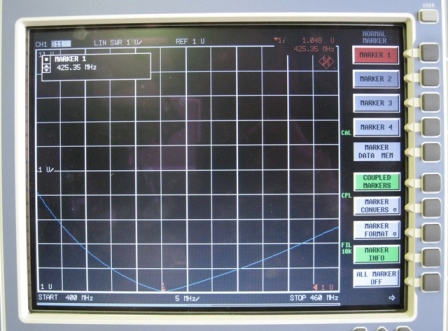 The V Dipole is made with a 1.4 wave section of the same coax serving as a balun to suppress the common mode coax currents. It is seen as the parallel section in the photo at the beginning of this blog. here the antenna is taped to a tall block of polystyrene, which does not affect the antenna characteristics, while taking measurements. The balun is clearly visible. 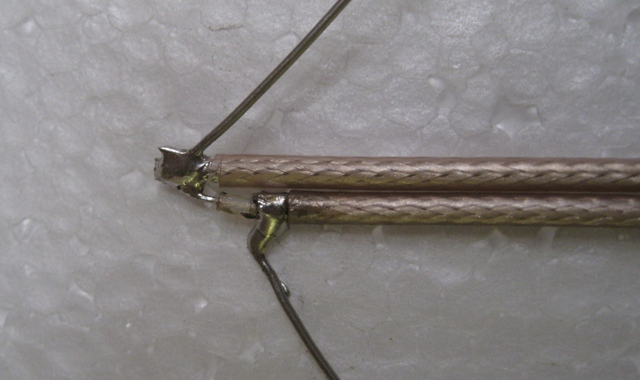 his shows how the balun is terminated at the top -

the main coax shield connects to the left element.

The length of the balun is the same as one half dipole element, close to a 1.4 wave. Measurements were taken with the current probe with and without the balun - with the balun current levels were almost 22dB less, a significant amount.

This shows the balun shorted to the main coax at the balun bottom end. 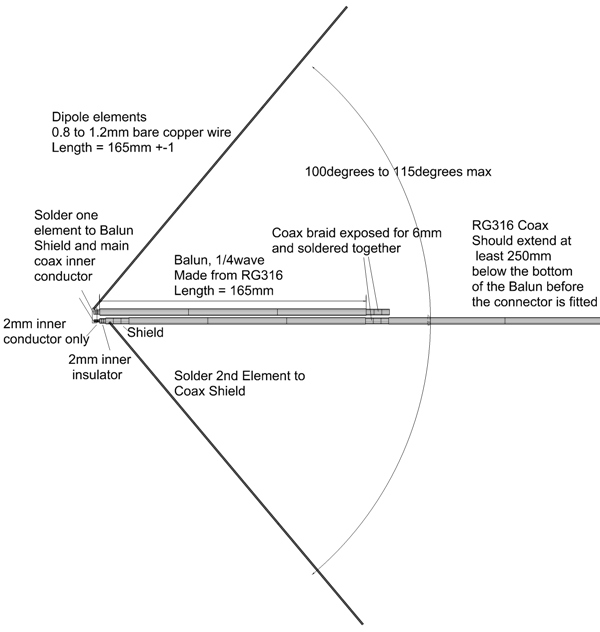 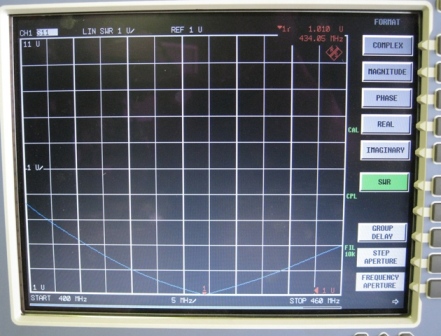 In this case the bare copper wire dipole elements was replaced with 'servo lead wire' - wire covered in plastic insulation - the resonant frequency has moved down considerably.

You cannot just put any plastic over the wires without re-tuning.

Also, 2mm removed from the wire ends shifts the frequency up by 1MHz - it is sensitive to adjustment! This Smiths Chart plot shows the excellent match of this antenna - no reactance and a good 50 ohm match.

The 50 Ohm match is achieved by the V shaped elements - bending them into the V form lowers the feedpoint impedance in this antenna. The element show very good match for inter element angles between 100 and 115 degrees, typical of V antennae.

The elements can be bent upwards or downwards ( away from or towards the coax feeder), as required by the installation.

I hope this will be of some use to all - if anyones ends up building any of these ideas, let me know if I can help with re-tuning for you choice of materials and mounting methods - I will try!