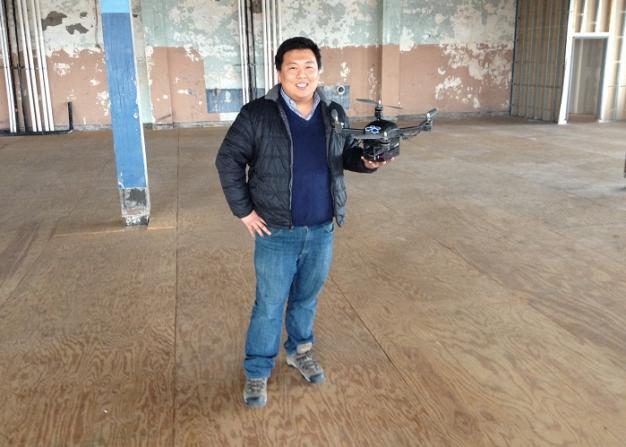 Inside a former bowling alley in Pittsburgh, the future of environmental protection could be taking flight. It’s 3.5 pounds of technology and it’s whipping around a vacant floor above a robotics lab.

“We can fly up to 40 miles an hour,” says Dick Zhang, the founder and CEO of Identified Technologies, a startup making drones for use in the oil and gas industry.

Zhang is showing off what he’s calling the ‘Boomerang’—basically a tiny, four-propeller helicopter programmed to return to a docking station. It’s rigged with several devices tucked inside a small carbon fiber body. It’s got a camera, an ‘optical flow’ sensor—the same technology a computer mouse uses to track its movement—and an ultrasound sensor.

Zhang has already leased several units to oil and gas companies in the Marcellus Shale region. Right now, they’re using the flying bots to map and survey their sites.

The drones could also be outfitted with other sensors—ones that could detect plumes of harmful chemicals seeping out of oil and gas operations. That represents a growth opportunity, Zhang says.

“There’s a huge opportunity to get into methane detection,” Zhang says.