So it`s been just a bit more than a year and a half since we first offered the Aeromaper UAV platform and we have seen the Aeromapper evolve significantly.

Since we introduced the Aeromapper Option E it has been a great success because it is a complete package with excellent features on it, that we managed to keep at a reasonable price, like the following:

- Camera: Sony NEX 7 (24 megapixel camera!) with Voigtlander 15mm wide angle lens. It is a top quality combination for mapping. The camera mount inside the UAV also allows for enough room to use other lenses, like a Pancake lens. Not as good as the Voigtlander, but much lighter in comparison.  In addition, we received a great amount of requests from customers wanting to use as well the Tetracam ADC Lite camera on the Aeromapper option E, so we ended up adding a very light camera mount for this camera too. The user just need to switch cameras between flights. 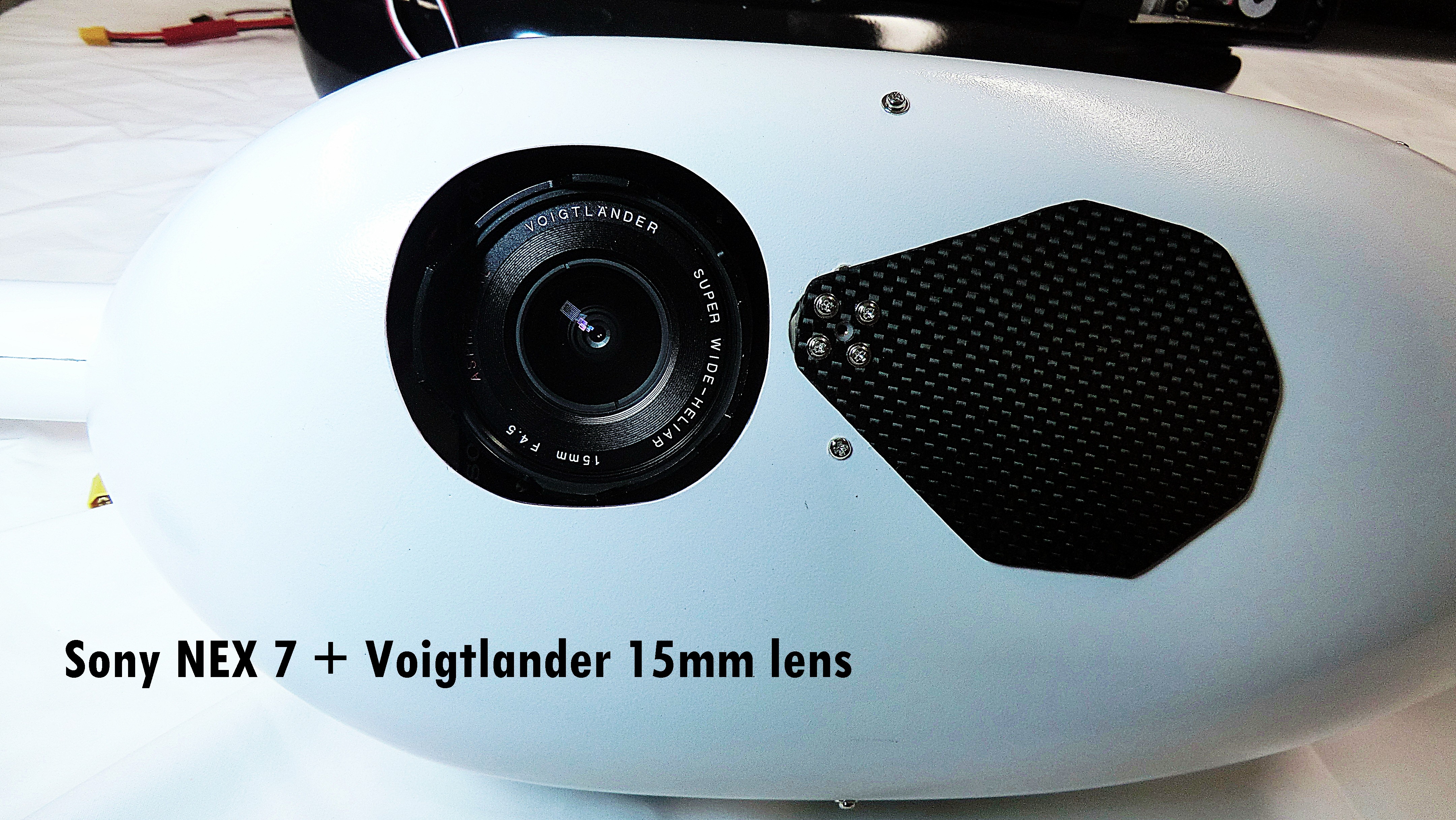 - Parachute recovery: it's been really a winning feature, because literally no RC skills are required for landing. Just flip a switch and it lands nicely & safely. The parachute release bypass the autopilot, meaning that the human pilot is always in command of it. The user don't need to wait until the mission is over the deploy the chute, it can be released at any moment during flight, which is another great failsafe feature. Normally, the chute is deployed when the plane is loitering over the home location at about 50 m or so, after the return-to-launch flight mode has been selected or the mission finished.

- Automatic trigger: many people have asked us how the triggering "sequence" works. It is pretty straightforward: flip a switch on the remote control and the camera will start shooting images every 4 seconds by default (via an infrared shutter release) but easily adjustable to 1, 2, 3, ......60 seconds, or minutes. At the same time the camera lens cover door will open automatically.  Flip the switch again and the lens door will close and the sequence will pause until new command. We also have been asked to provide only the fiberglass Payload Bay Modules (also called pods) for developers & researchers, including some universities, so that they buy only this part and integrate it to their existing airframes adding more internal volume for payload, a parachute recovery system, and the lens cover door features. For this reason we decided to offer a package with this module only, at a very reasonable price. We found it can be easily attached to a huge range of airframes. It comes with the standard 60'' diameter High Drag coefficient parachute (highest drag is achieved with a toroidal shaped chute) and kevlar lines. But for users with larger or heavier airplanes up to a 72'' diameter parachute can be installed.

This is another great & unique advantage of the modularity of The Aeromapper.

The Aeromapper option C is also another variant often ordered by universities for project development and payload testing. The combination of Ready to Fly status with ArduPilot Mega and telemetry, Parachute system, DX8 transmitter and price makes it very attractive. 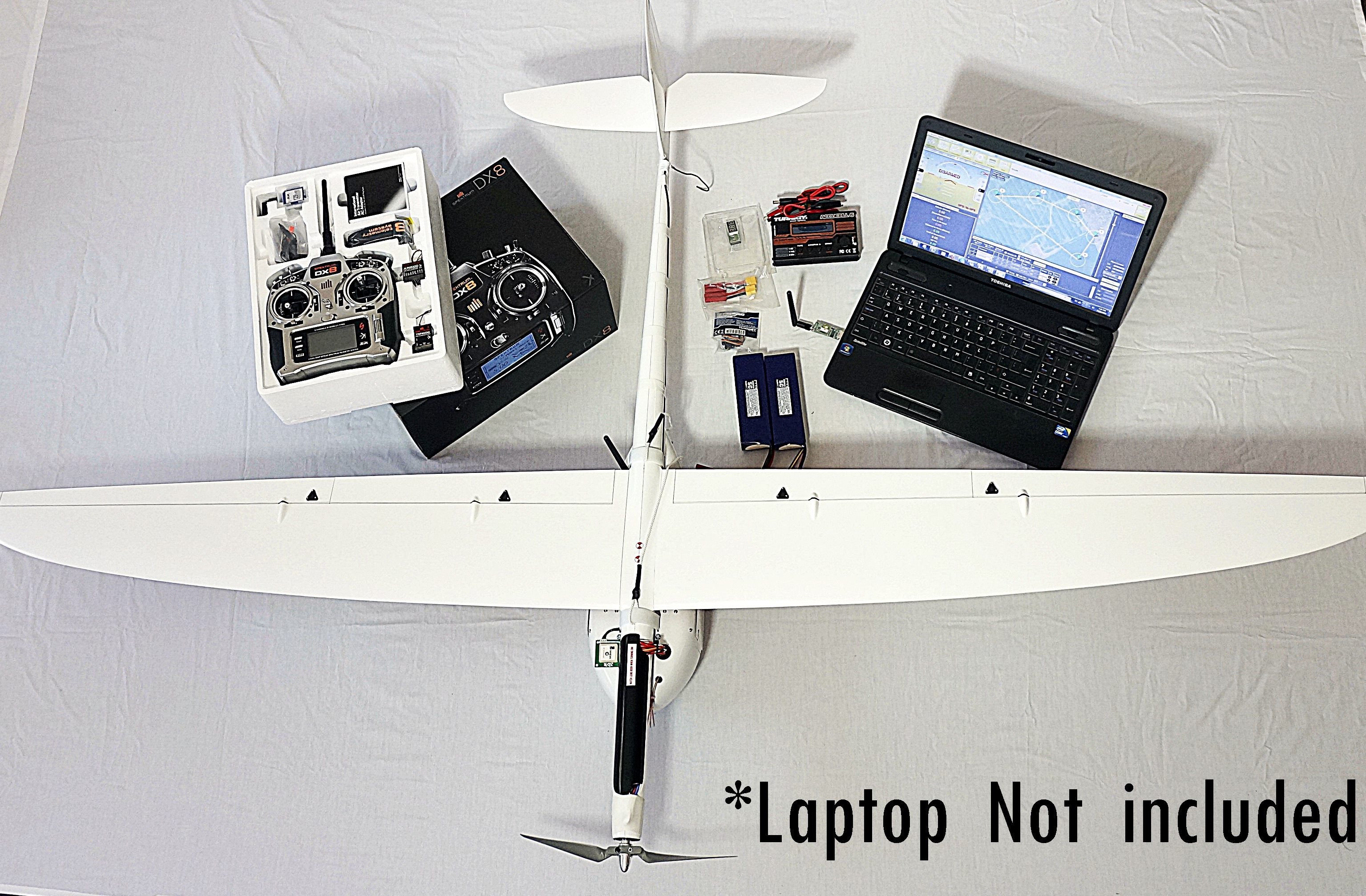