I've only recently become part of the diy drones community and already I've learned a lot about amateur UA operations.

As my first contribution here I thought I'd share a design that I put together this morning based on some old research on laminar flow shapes.

It's a bit different. The fuselage here is a low drag shape developed by Fabio Goldschmied in the 60's, originally for airships. The principle involves a cusp at 82% along the body which the air over the fuselage is drawn through. This suction allows laminar flow to be maintained over up to 77% of the fuselage, reducing drag by 37% or more. Later Goldschmied proposed the use of this shape as an aircraft fuselage, in much the same configuration as I have here. The exhaust is spat out the back as shown below: 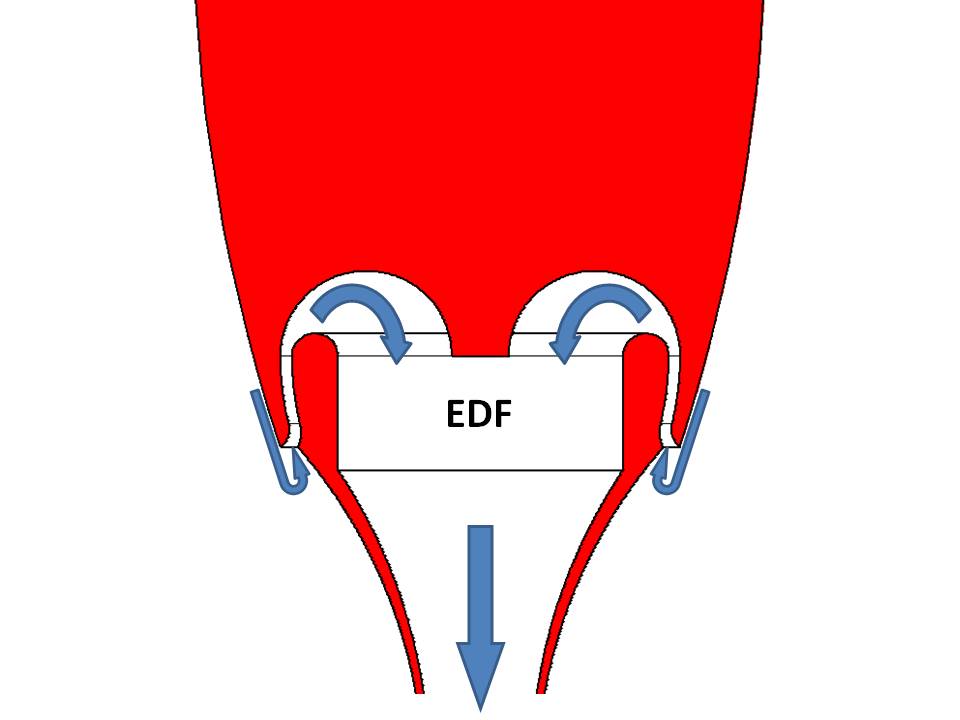 I decided to draw up a design for a hand-launched UA using this principle, with an EDF (small, around the size of the Zephy v70's) for propulsion. I have no idea how well this will work but at the very least the internal fan protect genius from the moving parts. 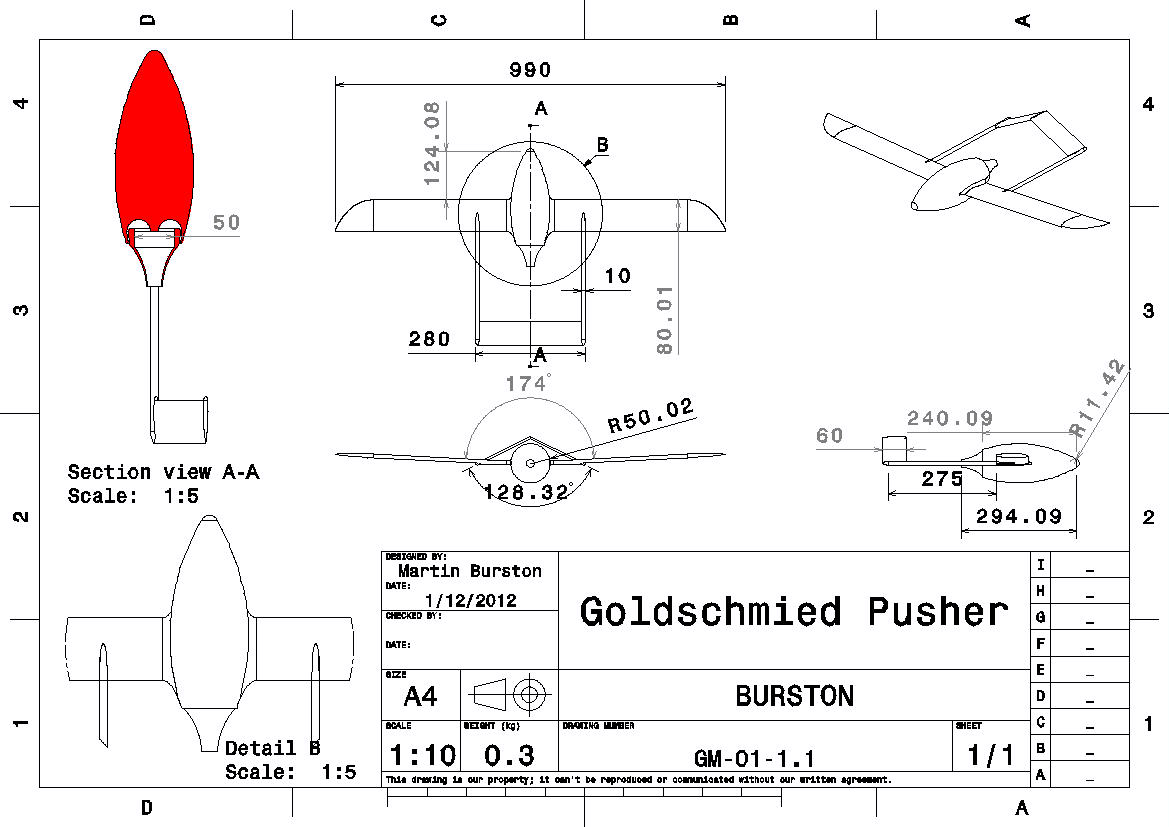 The specs for this are shown in the drawing above. I went for a mid-wing configuration to further reduce drag, but gave it some dihedral (3 deg) to maintain stability. This design should have good wing loading. The tail has been sized using volume ratios somewhere between that of gliders and homebuilts.

As an afterthought the housing for the fan is quite small, thus the fuselage may need to be scaled to accommodate an EDF with an outer diameter greater than 50mm.

Let me know what you all think!

PS. I have 8-10 weeks free over the summer and am looking for work experience, let me know if you are in the Melbourne area and have some work!