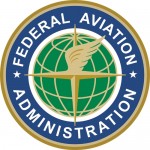 Forget about the FAA - drones controversy. Now the FAA claims the control over the Moon landings.

The U.S. Federal Aviation Administration has caused a bit of stir by hinting that it plans to expand its authority to include exploration of the moon and the use of its resources. News agency Reuters has reported that it has obtained a copy of a letter composed by officials with the agency and sent to U.S. based Bigelow Airspace—in it, the agency said it plans to leverage its launching authority by adding licensing authority of moon assets—all to encourage private companies to invest in such activities. The reason such a move has caused a stir, of course, is because it appears that the U.S. agency is attempting to expand its oversight into an area where it does not have the authority to do so.