Traditionally, drones have used low bandwidth radio communication to connect to ground devices. Last year, when we started building the FlytPOD Flight Computer (next generation autopilot), we wanted to equip it with a better communication system. Drones today need to share rich media and scale-up to support swarm applications. Keeping this in mind FlytPOD is designed to provide high bandwidth link and scalable networking layer.

Going forward we decided to integrate WiFi module with FlytPOD. But we wanted something more than a USB WiFi dongle; we had tested nearly all popular high power USB dongles including ALFA, TP-link, Netis, Netsys but were either not satisfied with performance or not happy with other constraints(weight, size, power, etc.).

Unsatisfied with dongles, we decided to break the usual practise and put a router onboard, instead. Only routers can deliver the power and flexibility for the complex networking scenarios involving multiple drones. We decided to use a router module with powerful Mediatek MT7620N SoC. The default firmware was quite dumb. So, to do justice to this great hardware we ported OpenWRT firmware to this board, including key packages, like 'relayd' for client mode connection, etc. This SoC is already being used on ASUS RT-N14U, WRTnode, many other well-known routers.

So now every FlytPOD powered drone has an on-board router!!

It runs OpenWRT barrier breaker and supports AP/Client/Router modes. The SoC can output upto 20 dBm with two 5 dBm antennas, included for better reception. FlytPOD, along with a high power router on ground (maybe, with an antenna tracker), could be the best solution for long range applications. Anyway, 4G dongles can be used for longer/unlimited range on a FlytPOD.

By the way, the on-board router on FlytPOD has its own USB port, that supports direct IP camera streaming and media sharing (without loading FlytPOD's processor). It can be put to several creative uses in the future! 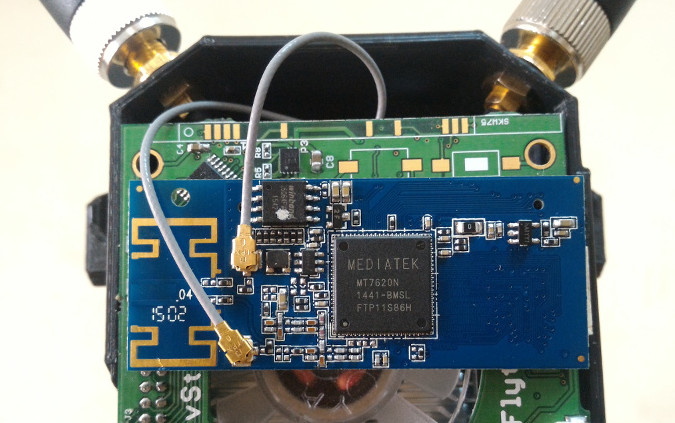 Yet something was amiss. To geeks, this combo of router and companion-computer would sound like a powerful dev kit. But for rest of the users, even switching between AP and Client modes would be a nightmare. So, we rolled out the FlytConsole widget for easy WiFi configuration via the GUI. Earlier, to put FlytPOD (OpenWRT router) in client mode (connect to your office/home wifi network) users would have followed this long guide.Now, the FlytConsole GUI makes it as easy as connecting your phone to a WiFi network. 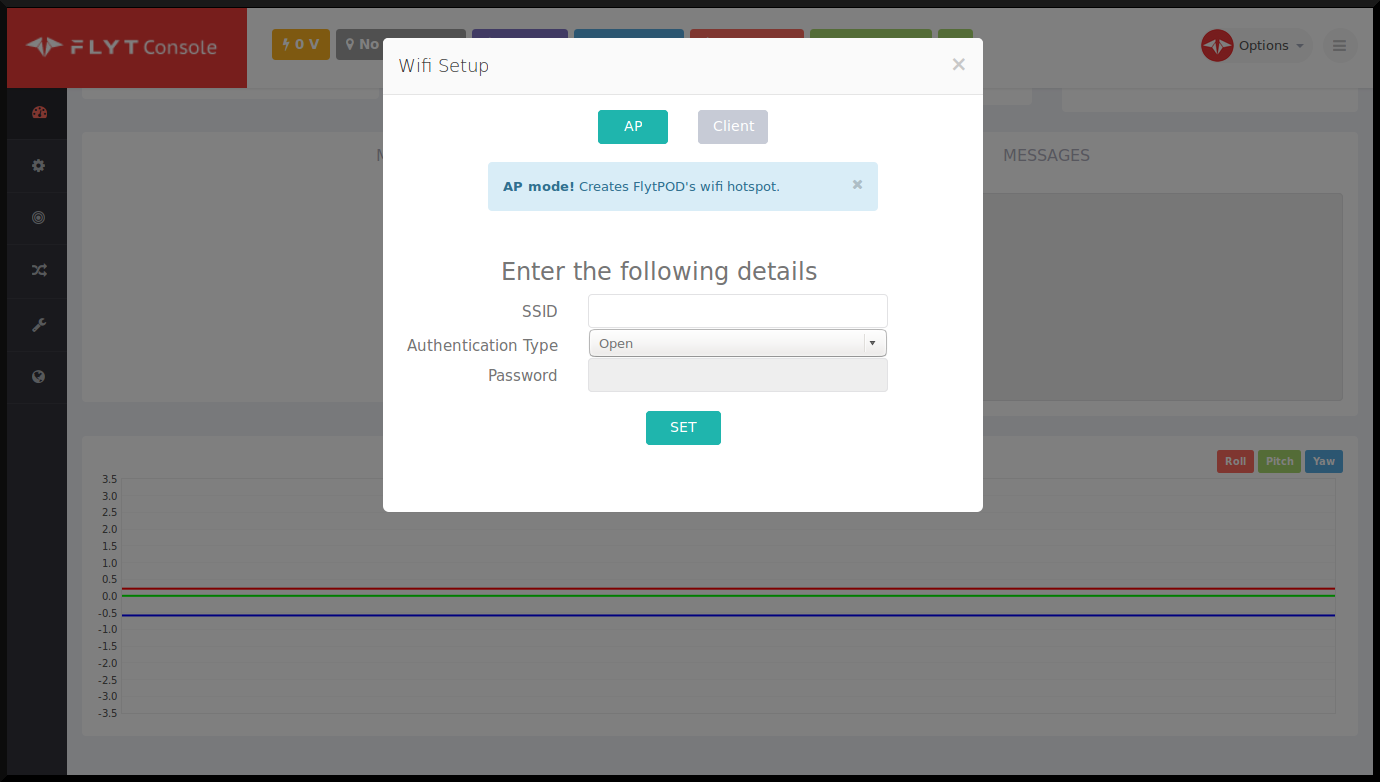 With all this in place, we are proud to introduce the world's first flight computer system with powerful on-board wifi router to our users. We look forward to your feedback to help us further improve the design.