Ardupilot developer Andrew Tridgell has presented 'Flying with Linux' at LinuxConf 2015 in Auckland, New Zealand.  During his presentation Tridge connected to the running autopilot software of a plane being flown in Canberra Australia by CanberraUAV chief pilot Jack Pittar and Grant Morphett. A Skype connection to Grant's phone was used to display the flight to the audience in New Zealand.

Running Ardupilot on Linux enables other cpu intensive processes such as image recognition software to be run on the same platform as the auto pilot. To demonstrate how capable the system was of multitasking, a new linux kernel was being compiled while ardupilot was also being run to fly the plane. Compiling software typically places a very high load on a system but ardupilot ran normally flying the plane three times around a circuit. The plane even did a successful auto landing despite high winds.

Flight telemetry streamed live to the presentation while Tridge explained how the system was configured and the work that the CanberraUAV team had done since his last presentation a year ago. This work included winning the prestigious Outback Search and Rescue Challenge held in Queensland Australia last year. 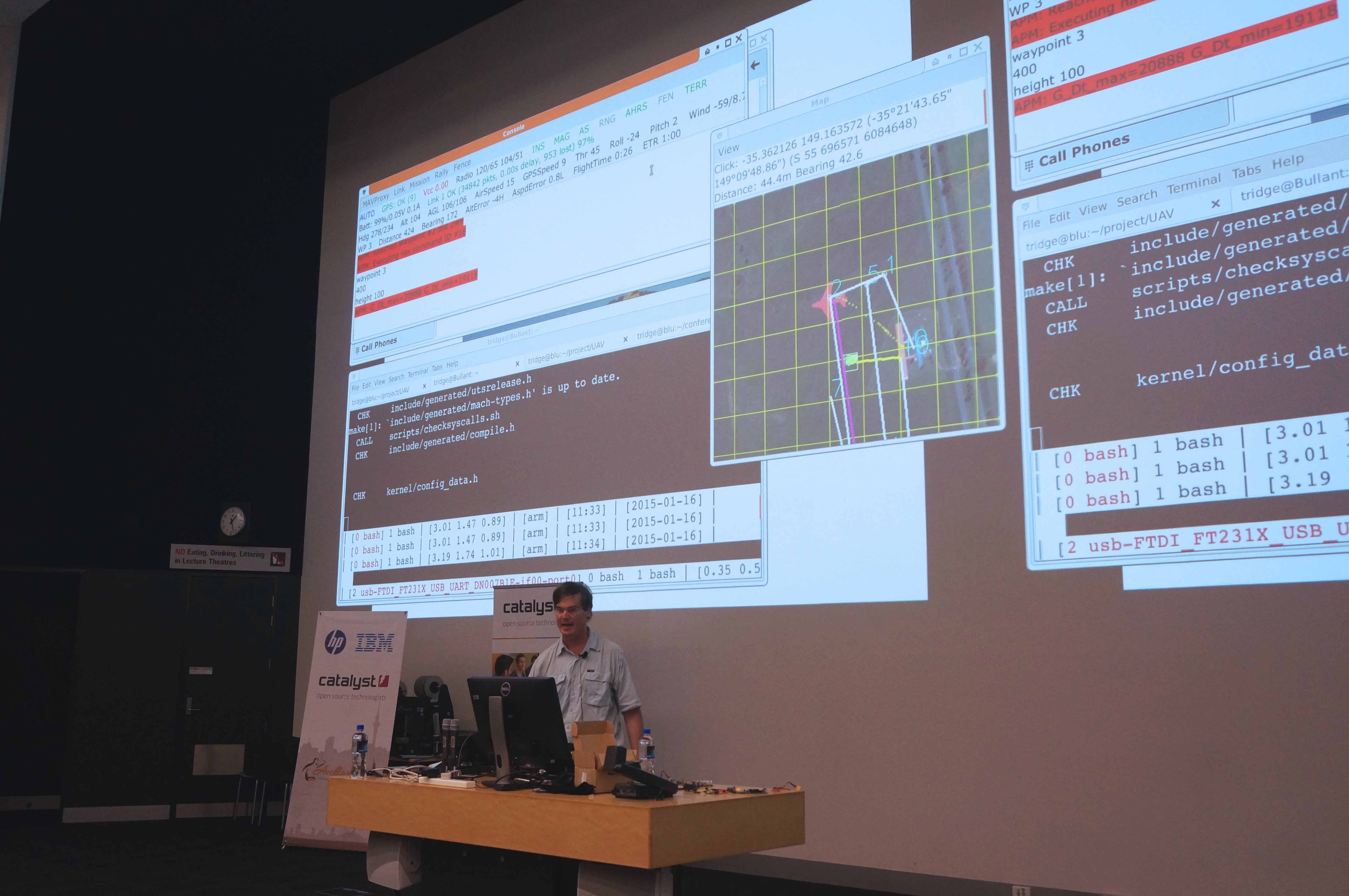