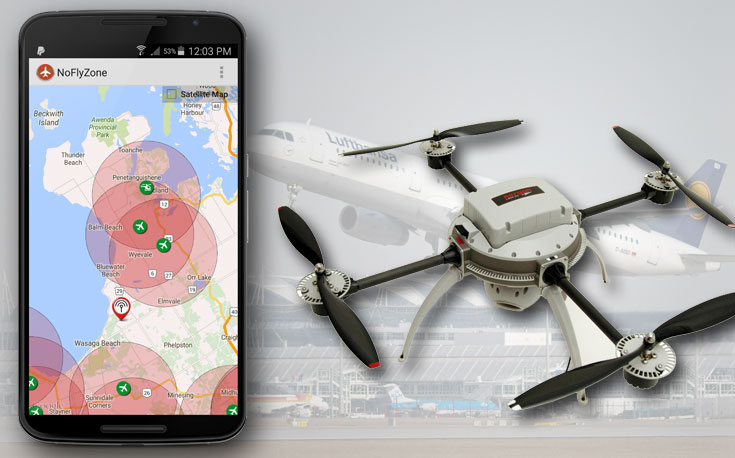 This app contains over 46,000 airports around the world which can be displayed quickly and easily when flying RC models. When flying RC/UAV's commercially, these areas are considered "No Fly Zones" based on your geographic location.
For example when flying UAV's in Canada, Transport Canada has set a 9km no fly zone around Airports without proper legal authorization.

By default this app sets a 9km radius around Airports and will display all airports within 30km of your marker.
These settings can be adjusted depending on geographic location and rules in your area.