The first trial gets pretty scary when a belt slips! More details on this ambitious Pixhawk-powered gas quadcopter below:

My primary goal when I started this project was to create a large scale quadcopters.  An electric powered design would have been the most straightforward approach.  Electric motors are more efficient than gas, but the power density of gasoline is much greater than today's batteries.  So until battery technology improves, gas power seemed the way to go.  Goliath uses a single 30HP engine and a belt system to transfer power to the four propellers.  The setup was chosen because at this scale, four smaller engines have a smaller power to weight ratio than a single larger engine. 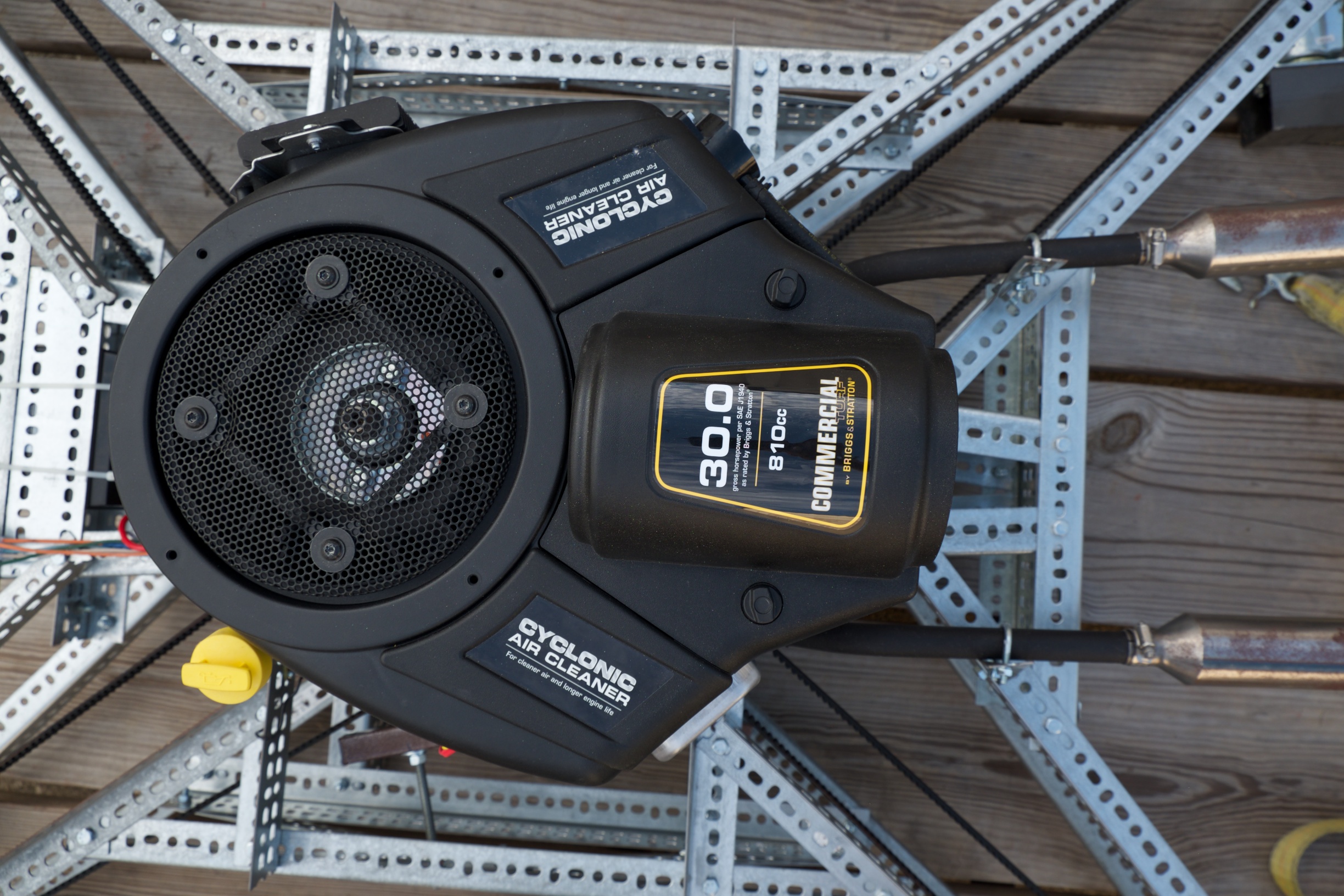 An electric quadcopter would traditionally maneuver by varying the speed of each propeller to control thrust. Since Goliath uses  fixed pitch propellers and all the propellers turn at the same speed due to the belt drive, maneuvering will be done by control vanes similar to those used to steer hovercraft.

Flight control will be performed using the Pixhawk controller running a modified version of the Ardupilot flight software.  Modifications to the Ardupilot software are needed to work with Goliath's unique control system.  Both the Pixhawk and Ardupilot are open source.  The modifications made will be open source as well.  A USB radio receiver will be attached to the flight controller and setup to receive ADS-B signals.  These signals will allow the operator to be aware of other aircraft operating in the area. 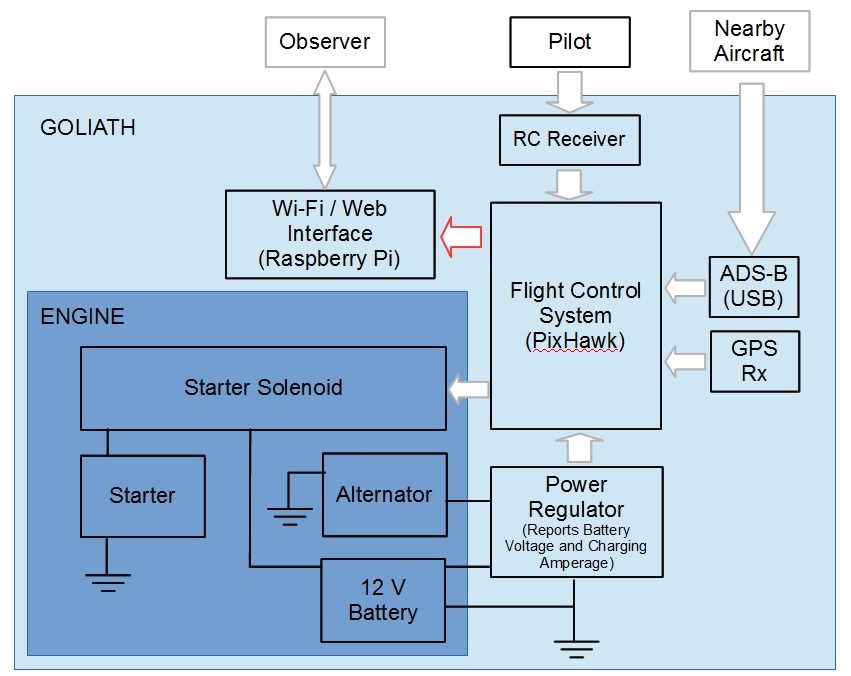 Additionally Goliath will have a WiFi interface allowing the public to interact and connect with Goliath.  Data and Video Feeds will be available and observers can notify the operator of potential issues.

Goliath itself will be open source with the creative commons license, and whenever possible open source components were used. It's currently a work in progress, and even when completed it's intended as a starting point for future vehicles.

That's a vibration study from hell!

I'd wish him luck with getting the belts to stay on, but frankly, I think it's a forlorn hope and a total redesign is on the cards...

I can see some big challenges to come with this.

My best theroy so far for something so far would be to go a single ducted main fan (with CR props to eliminate torque) that runs to 4 separate ducts to vector thrust. a  servo controlled waste gate could also be Incorporated to minimse throttle response requirements.

regardless good luck and keep us posted and stay safe it looks dangerous.

How is he going to stabilize it with vanes?

"How is he going to stabilize it with vanes?" +1

Curtis Youngblood put his Stingray "http://curtisyoungblood.com/V2/products/quadcopters/stingray-500" on gasoline. It works with adjustable pitch rotors. Hmm.... besides that an efficient gasoline multirotor seems to be more like a Helicopter? Anyway I keep my fingers crossed that you achieve your goal and get that "monster" airborne.

The only way I can figure to stabilize a multicopter with fixed pitch and fixed speed props is to use variable area nozzles.

Reminds me of previous attempts like the SkyCar... sorta. Moller

So...if I were going to go with an ICE power source that size, the Youngblood approach works. Just scale it up and perhaps go with shaft drives.

Those shafts at the rotors seem a little narrow for 7.5hp + belt tension.

Doug, yes, that approach works.  I just cannot get my mind to see what the point is.  You've now created a machine that is more complicated, and less efficient than a helicopter.