I wasn't sure what would be involved in getting a simple gimbal (in my case, just a tilt platform really) hooked up and working, but it was dead easy.

My wife recently made me a present of a GoPro Hero 2 and a tilt-mount. 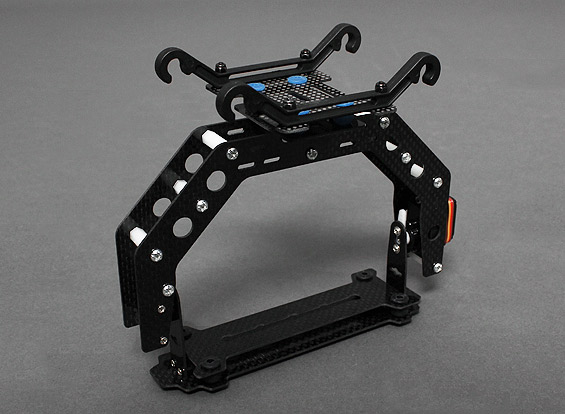 This is a cheap little thing, but it fits the frame I have and it comes with the servo, and it was a gift - so you can't complain.

Took a look at the ArduCopter docs and was a touch intimidated, but as it turns out, it is really easy to get working. Once it was on the frame (took a little sanding and force), all I did was plug the servo into output 11 on the APM2. 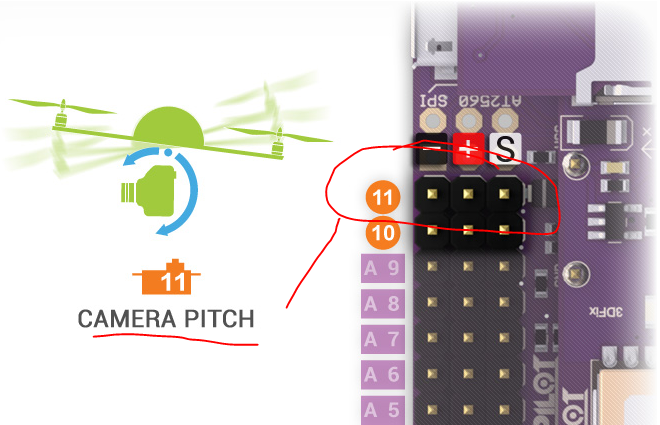 If I had something that did roll as well as pitch, I would have plugged the roll servo into output 10 as well.

Where it gets really nice is that the Mission Planer has direct setting support for the gimbal now (as opposed ot what the docs say). I went to Mission Planner->Configuration->Camera Gimbal (duh).

On this screen, you can enable Tilt, Roll, and Pan individually, and can choose which channels to use for each. In my case, I enabled only Pitch, and set it to use "RC11" - this naming convention is a little confusing since RC indicates Radio, but it really is just the output pin number. I left the defaults for the limits. I chose Input channel "RC6" - which actually is a radio input channel.

I have channel 6 on my TX set to a pot for use in tuning, so I chose to use it here. Note - to use Channel 6 for the gimbal, you will want to make sure it is set to CH6_NONE in the ArdiCopter Config screen.

So in theory, channel 6 should set the angle of the mount and then the APM will maintain that angle to counter the pitch of the quad.

As soon as I picked up the quad, the gimbal worked. I could set the angle with the pot and it compensated for pitch as I tipped the quad back and forth. If only everything was this easy.

Once it stops raining in March next year, maybe I'll get to fly it.