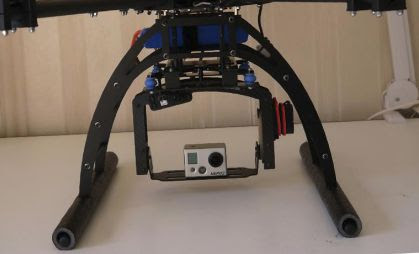 For those of us that have never seen a GoPro camera before, it's hard to imagine just how small this powerful mini really is.

What camera could be smaller while still  providing 10 MP, 1080p video at 60 fps all while packing an amazing wide angle lens? Gopro answered that themselves with there new lineup. Coming from $299 for the Gopro2, and $199 for the Gopro 1. The new GoPro lineup leaves there former lineups resale value plummeting.

There are 3 models that belong to the new lineup, each one featuring built in WiFi (a $70 backpack addition for the GoPro2) and each one 25% smaller then the GoPro 2.

Anyone have a 4k Tv?

And you still get the waterproof camera case and mounting accessories free of charge.

Even the older GoPro leaves most camera Gimbal looking overstated, to say the least.