I have been wondering about how to mount my GoPro camera to the 3DR Camera Tilt Gimbal and found a solution so simple yet so ingenious (if I may say so myself) that I thought it would be worth sharing.

This is my second GoPro camera. The first one broke as it fell off the Gimbal during rough "landing" and I did not have it in its protective housing (duh!). It fell lens-down on the concrete, cracking the glass lens causing some swearing on my part. Needless to say I wanted the new GoPro to be attached including the protective case.

Problem however is that the protective case plus attached base are together too tall to mount on the 3DR Cam Gimbal. When you have a battery fitted as well, there is not enough room for the gimbal to tilt without the Camera case getting stuck underneath the battery space.

However, after some contemplating I found a solution! The Gimbal is now mounted rock-solid without using any extra parts.

What to do: Take 2 minutes!

1. I used a simple pair of pliers, actually a wire-cutter to cut through some of the holes in the gimbal to make the opening a bit wider as you can see below. 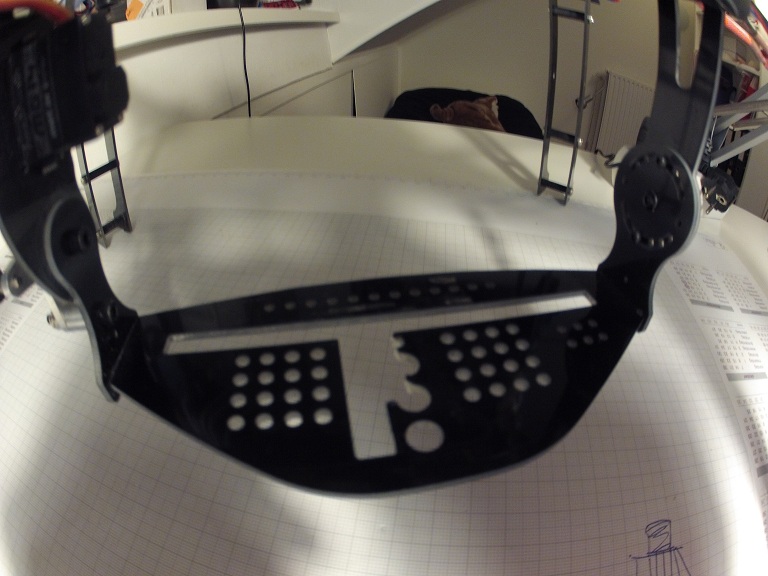 2. Then take the mount of the GoPro case and disassemble it like so:

You just need the long bolt/screw. 3. Then take the case and place it on the base of the gimbal, through the hole you had widened. 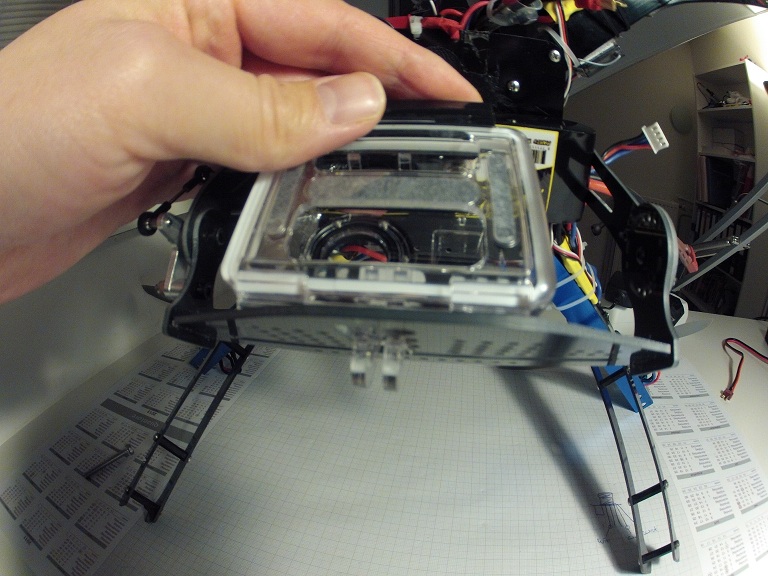 4. Now put  the screw in place and make sure you push it as far as you can, use tools if necessary.
By doing so, you are wedging the case in place. 7. Here you can see the wedge caused by one side of the screw being bigger than the other. 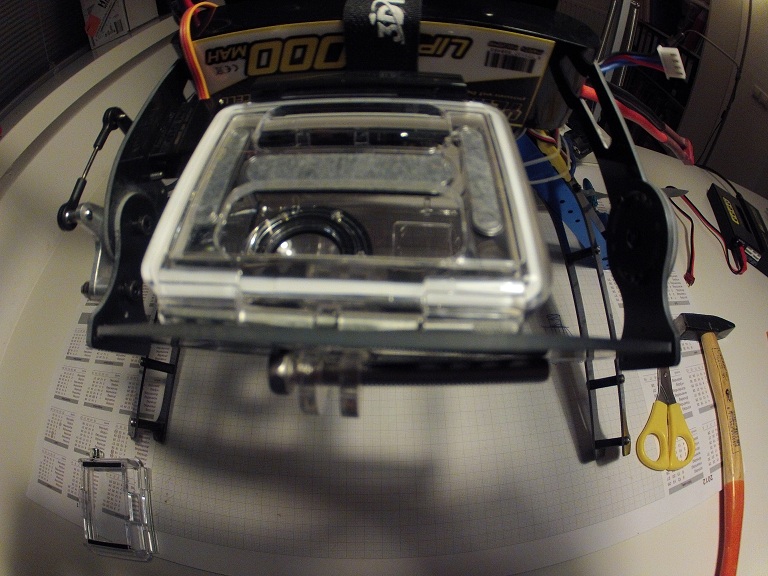 If you have wedged it properly, the result should be that the case is tightly fitted to the gimbal. I used it already for recording a video and that confirmed that it is solid as there is no jittering and after flying it for some time, the case is still firmly in place.

All without glue or tape or tie-wraps and in 2 minutes! I was pleased!

P.s. Apologies for the out-of-focus images :-)

P.p.s. It's not my habit to leave the propellors on the quad while tinkering but this was just for the photos as I was about to go outside and fly. Certainly I do not connect the battery inside while the props are on. Trust me, it went wrong once.