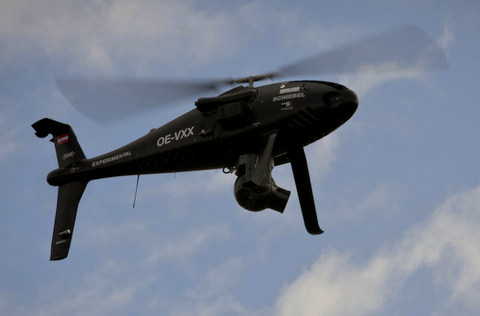 From New Scientist (via SAUSNews), a report on the fatal UAV accident in South Korea last week:

In a statement supplied to New Scientist, Schiebel says its Camcopter S-100 drone, a 150-kilogram rotorcraft capable of 220 km/h flight, should have coped in any case because GPS can be lost for many reasons, such as an inability to access the positioning satellites due to obstruction by high buildings. The Camcopter has multiple inertial measurement units that “allow safe operation and recovery in the absence of GPS signals” the firm says.

“All information recovered to date indicates that after a loss of GPS signals to the aircraft’s receivers incorrect handling and omissions over a time period of a number of minutes, resulted in an unfortunate chain of events that ultimately led to the crash,” the statement says. Emergency procedures “to ensure a safe recovery in such a situation” do not appear to have been “correctly and adequately followed” it alleges.

The Schiebel aviation engineer who died – a 50-year-old Slovakian with much experience of the technology – was assisting two remote pilots working for one of Schiebel’s South Korean partners. He was not in control of the aircraft, the firm says. It’s thought the Camcopter was being tested for new duties in border operations.

The accident aircraft had been used by the South Korean authorities since 2008 to police major events – such as the 2010 G20 summit in Seoul, says a Schiebel spokesperson.