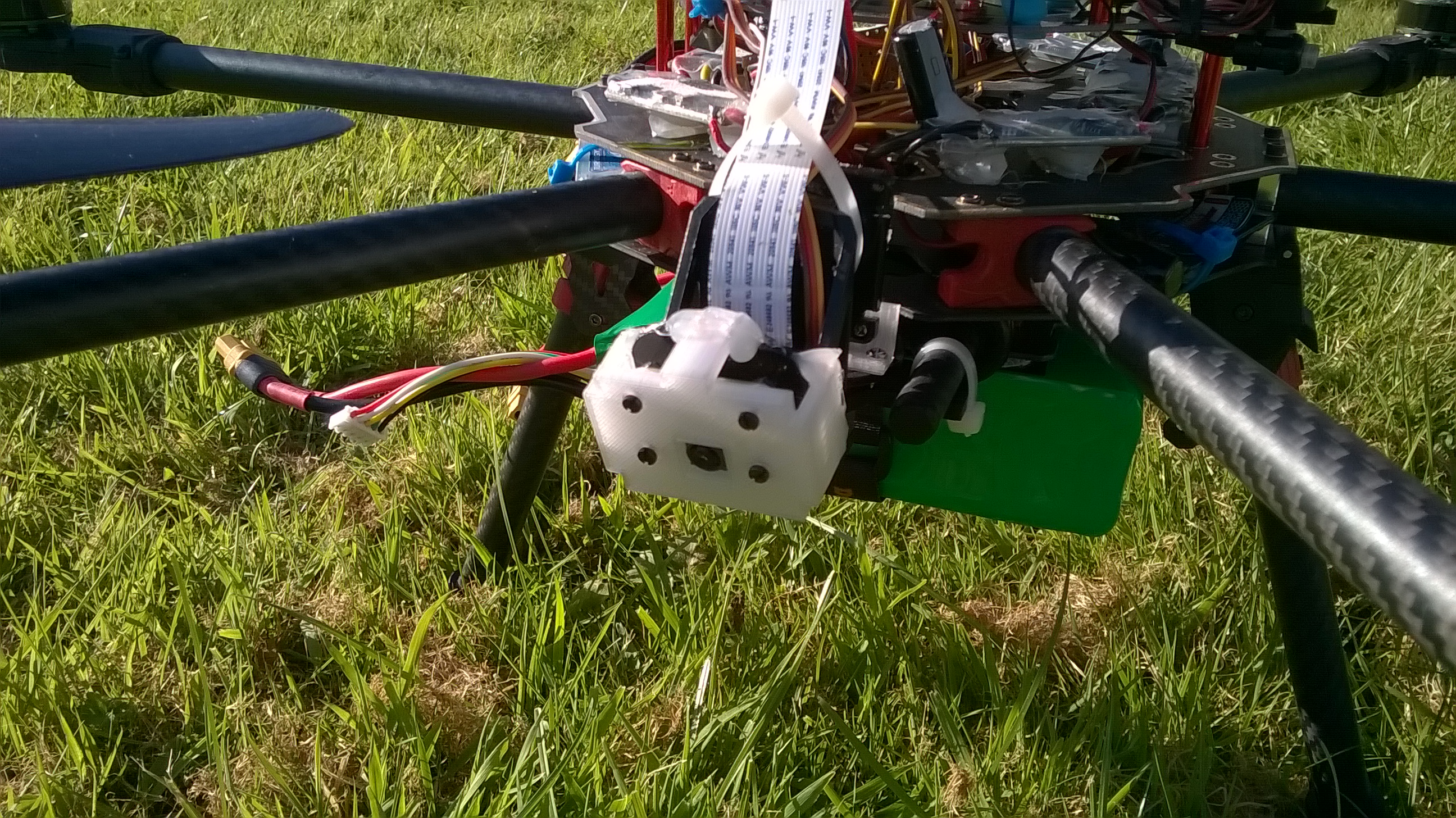 An oval of 50mm red webbing, bends of radius approx 3m and straights of approx 15m. Testing took place in early morning with glancing sunlight on dew-soaked webbing - great for walking the dog but not so good for computer-vision.

Image recognition is by OpenCV on a Raspberry Pi 3 as explained in previous blogs.

Frame rates of over 40 fps are achieved by:

The reality is that the PiCam is only delivering 30fps, so many frames get processed twice.

The position and bearing of the line is calculated in NED space from the orientation of the UAV and pitch of the camera.  A velocity vector is calculated to partly follow the line and also to 'crab' over it.  The velocity vector is sent to the Pixhawk via Dronekit, set to a fixed magnitude.  The Pixhawk is running Arducopter in Guided flight mode.  In these videos, the velocity is set at 1 m/s,  1.2 m/s, 1.4 ms and finally 1.75 m/s.

To get lower and faster, we need to find a way to keep the track in the field of view. Some possibilities are:

So back to the drawing board, but in the next field test maybe we'll target velocity of 2m/s at 1.5m altitude - so faster and lower.

More information on the Groundhog at www.mikeisted.com