After seeing the GRASP lab video sof quads literally jumping through hoops, I HAD to make one of my own.

Although everyone else seems to be going open-rotor, I want zero collateral damage to people, pets, and the living

room walls, so I decided on a ducted-fan design.

For testing, the initial fuselage is a chunk of extruded poly insulation.

5 Deans connectors and a new soldering iron later (the old 30Watt one couldn't make a decent joint for the wiring harness), this is the result:

I christen her "The Ugly Pink Quad." 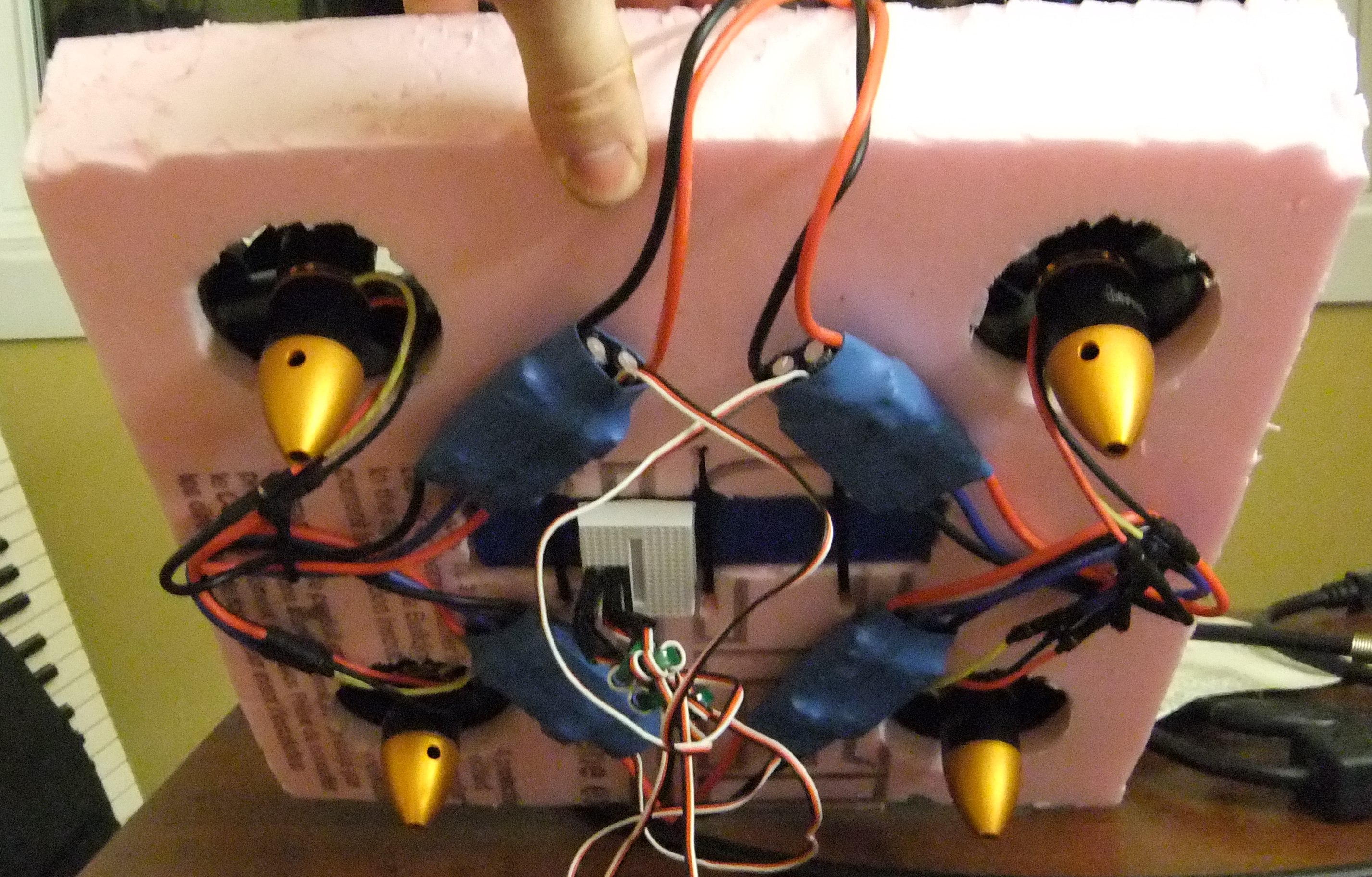 At present, she's brainless.   I just did a test with a little solderless breadboard sending the throttle signal to all EDFs simultaneously and, not surprisingly, things were learned:

1) With 4400grams of max thrust pushing 1220grams of pinkness, it only took about 1/3rd throttle position to hand-hover.

Next issues: Basic landing gear (The motors are outrunners), basic brains, and an IMU