KapetAir is a fixed wing VTOL UAV featuring patent pending rotors that is designed to become a workhorse for remote sensing operations whether they are mapping, precision agriculture or industrial inspections.

We have combined the best of multirotors and fixed-wings into a configuration that is both fully autonomous and has a long range. There is no hassle of hand launching that is associated with fixed wing UAVs and there is no need for a large open areas for landing. 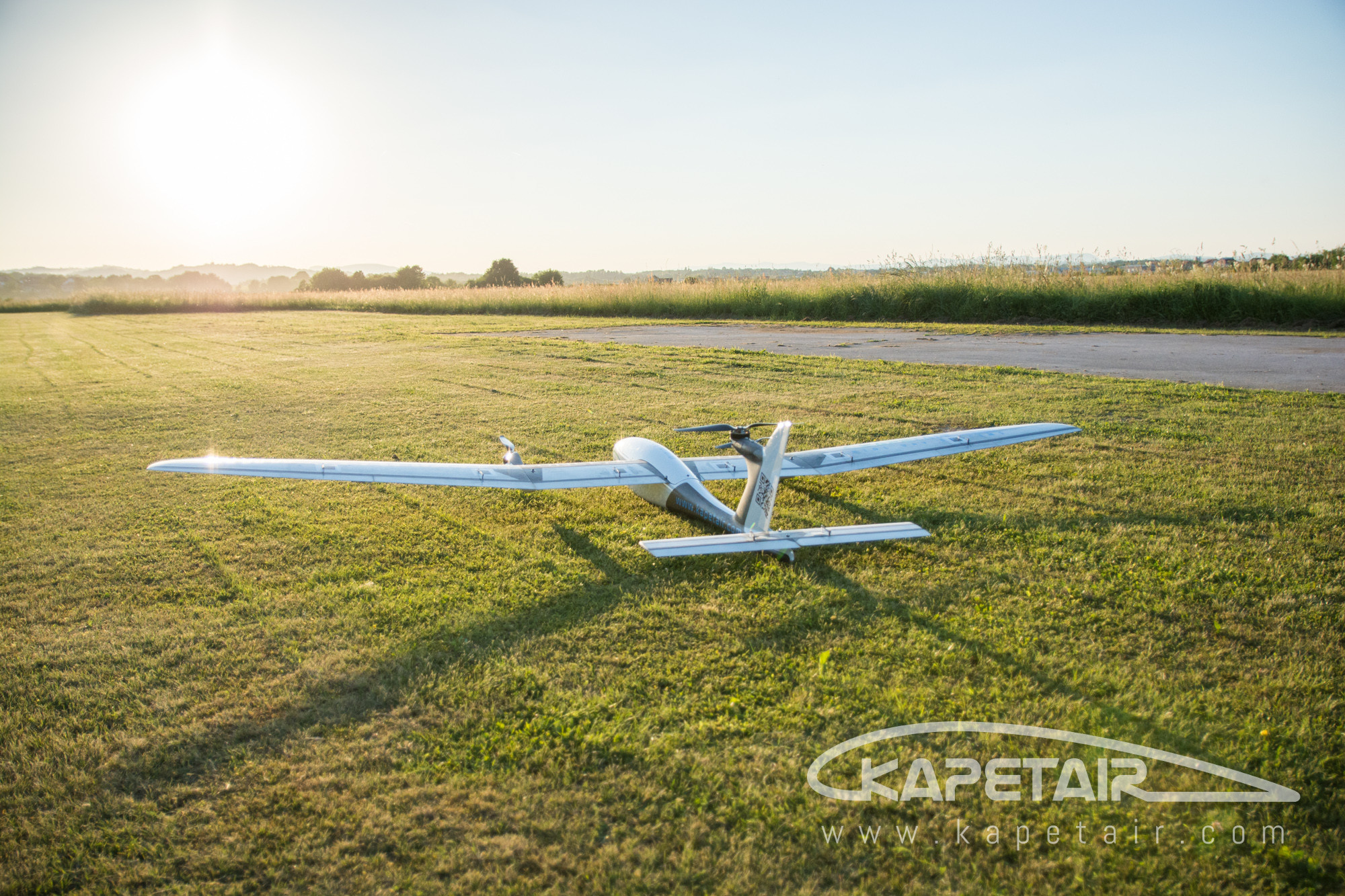 With the wingspan of a bit over 3 meters, KapetAir VTOL has the endurance of 2 hours during and can cover up to 120 km. It has a large payload bay that can carry up to 1kg of versatile payload modules.

KapetAir VTOL UAV is watertight and can take-off and land from water. 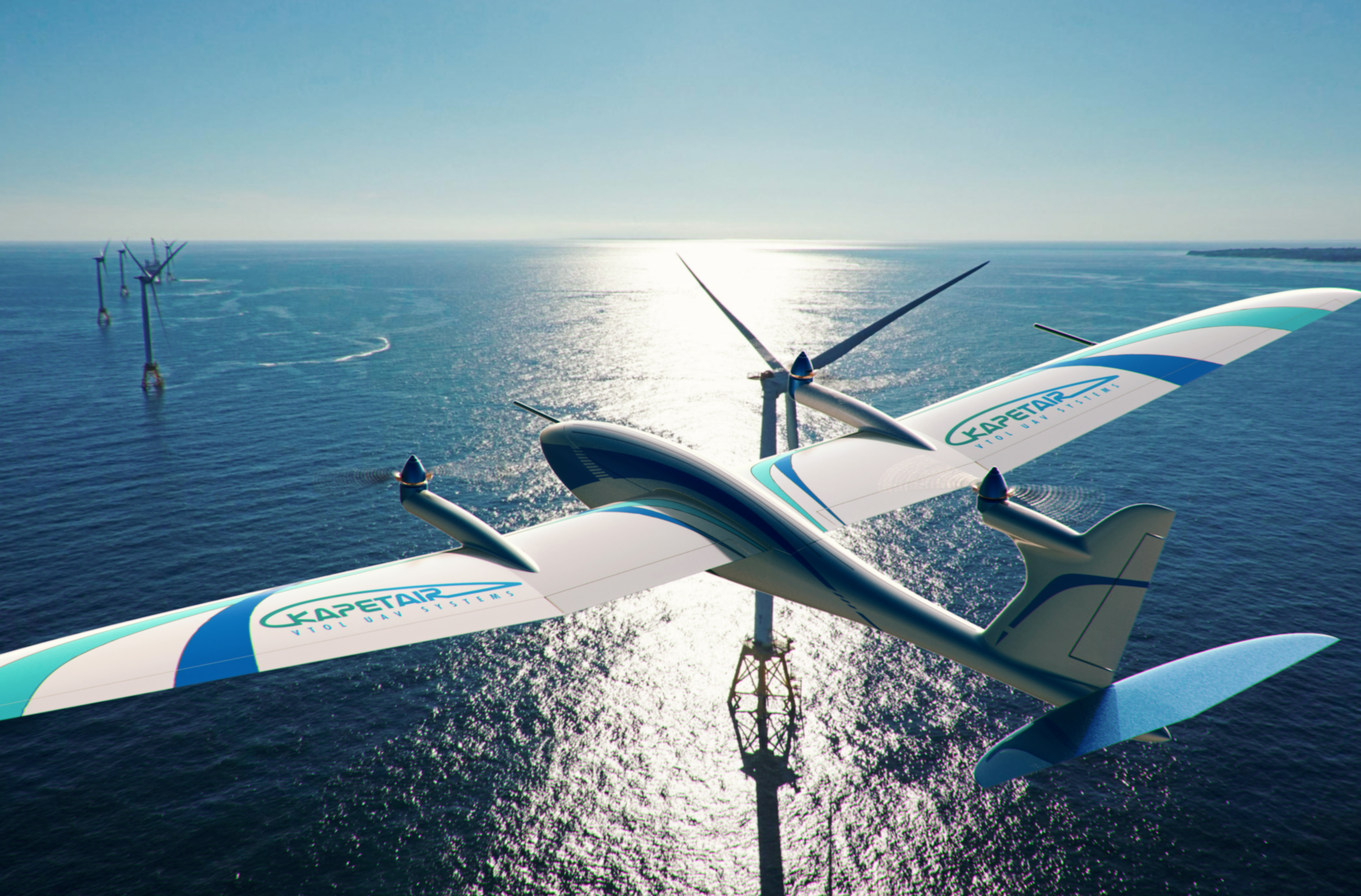 Prototyping phase and test flights are behind us and we are working on the first batch of beta-units. We are looking for both beta-users and partners. 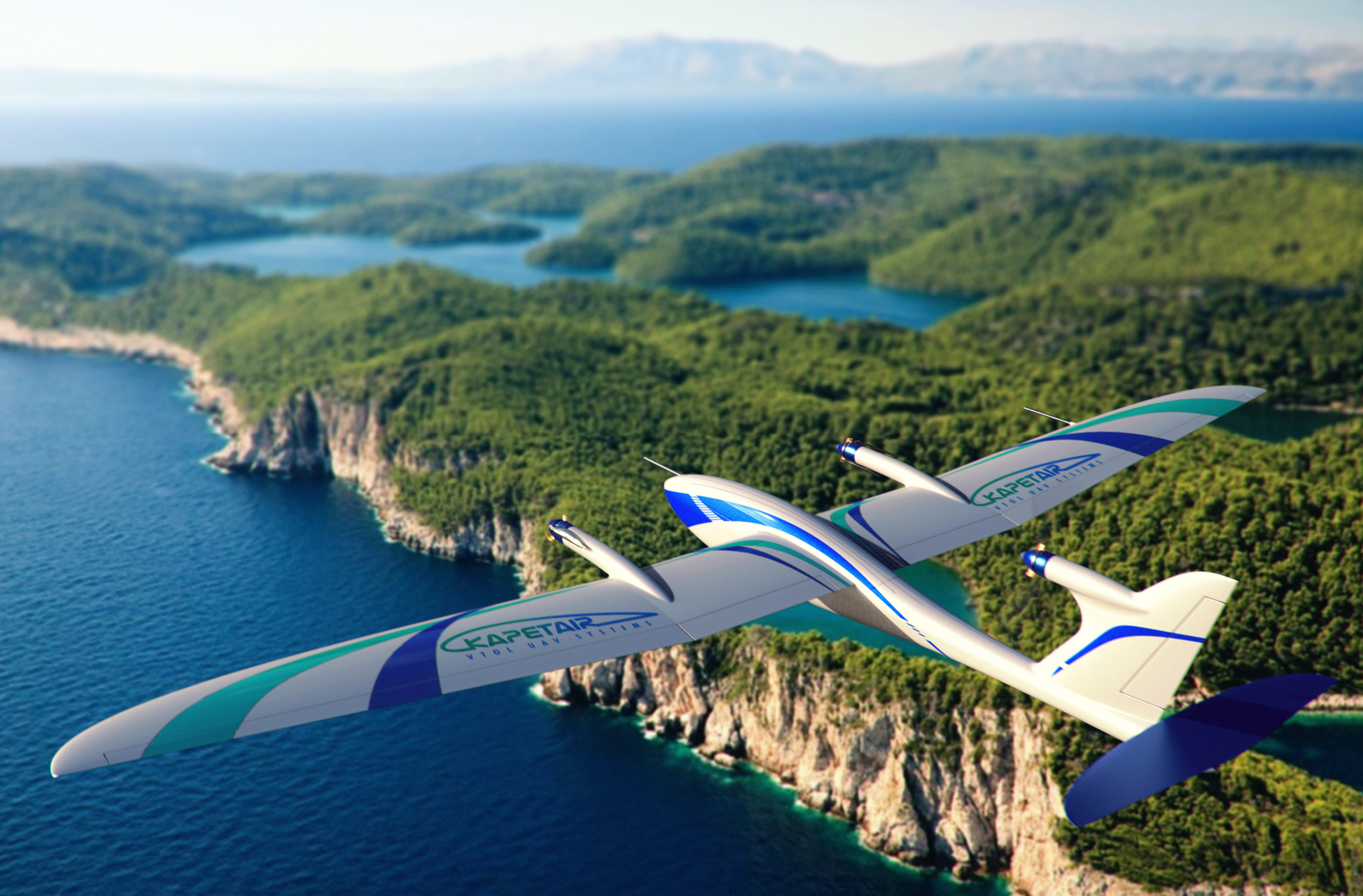