FlytNow Guest Link Sharing offers the capability to share live drone video feed and telemetry with teammates and clients.
Scroll down for the step-by-step tutorial.

Enterprises worldwide are scaling their drone operations, as cost-effective drones become available off-the-shelf, and cloud-based SaaS solutions drive intelligent automation. One of the key drivers of drone fleet adoption is the ability for a variety of stakeholders to participate in drone missions. For example, an inspection of a wind turbine may involve on-site visual observers, remote subject-matter experts, safety managers from regional offices, R&D teams from corporate offices, technology partners — and even UAV regulators who seek insights into such missions before granting waivers for unmanned flights.

Given that privacy and security remain amongst the top concerns in the global drone ecosystem, enterprises have to carefully manage access to drone telemetry, live video streams, navigation, and payloads. With multiple, remote participants in each mission, fine-grained access — based on the roles and responsibilities of each participant — becomes central to successful drone operations.

It can be argued that many drone operations would be significantly more productive if secure, mission-wise remote viewing can be made available, over the Internet, via a user-friendly interface. Whether it’s a drone service provider monitoring construction sites or whether it’s the in-house drone operations manager supporting his/her colleagues for inspection of infrastructure assets, the access to live video streams — securely & remotely — can create immediate business value by enabling subject-matter experts to make better-informed decisions.

In fact, not only can remote viewers be empowered to access live video feeds in real-time, but remote operators can be given control of the drone, camera gimbal and payloads, with the on-site team serving as safety pilots and visual observers. Automating such live, remote drone operations then becomes the logical next step in the evolution and maturing of enterprise drone programs.

Given the pervasiveness of mobile phones and tablets across businesses in all sectors, it is but natural for drone mission participants to expect these devices to be an integral part of the overall system. This is now easily possible via enterprise-grade mobile apps that can be easily customized, white-labeled and configured — making drone telemetry & videos extremely portable, especially in areas with robust 4G/LTE/5G networks.

Remote access for ‘guest’ participants in drone missions need not be limited to video — since live map views can also be seamlessly shared over the cloud, showing guest viewers the waypoints, flight paths, obstacles, etc. for each mission. Third-party maps can be integrated to overlay drone missions on satellite imagery, specific drones/payloads can provide IR/thermal camera views to remote stakeholders, and missions such as parcel delivery can be remotely monitored not only over the last-mile but all the way to the ‘doorstep’.

Aerial video streaming is thus becoming the core of drone operations for operators, service providers, system integrators and large enterprises — with secure, user-level access for remote participants the ‘killer app’ of this technology.

Step 1: Log in to your FlytNow account and connect your drone to the application. Follow the FlytNow getting started guide if you are a first time user.

Step 3: Click on “Create new link” to generate a link

Step 4: Enter your teammate’s or client’s valid email address with whom you wish to share video & map view and click “Send”
Note:

Step 5: Teammate or Client receives an email with a link and Secure PIN

Step 6: Click on the “View Operation” and enter the Secure Pin. Your teammate or client can now securely access live drone feed and telemetry.

For any questions, you may write to us on info@flytbase.com or visit http://forums.flytbase.com/c/flytnow

How do I Deploy Commercial Drones Easily & Quickly?

Start Now and fly your drone(s) via a free trial in 5 Easy Steps. 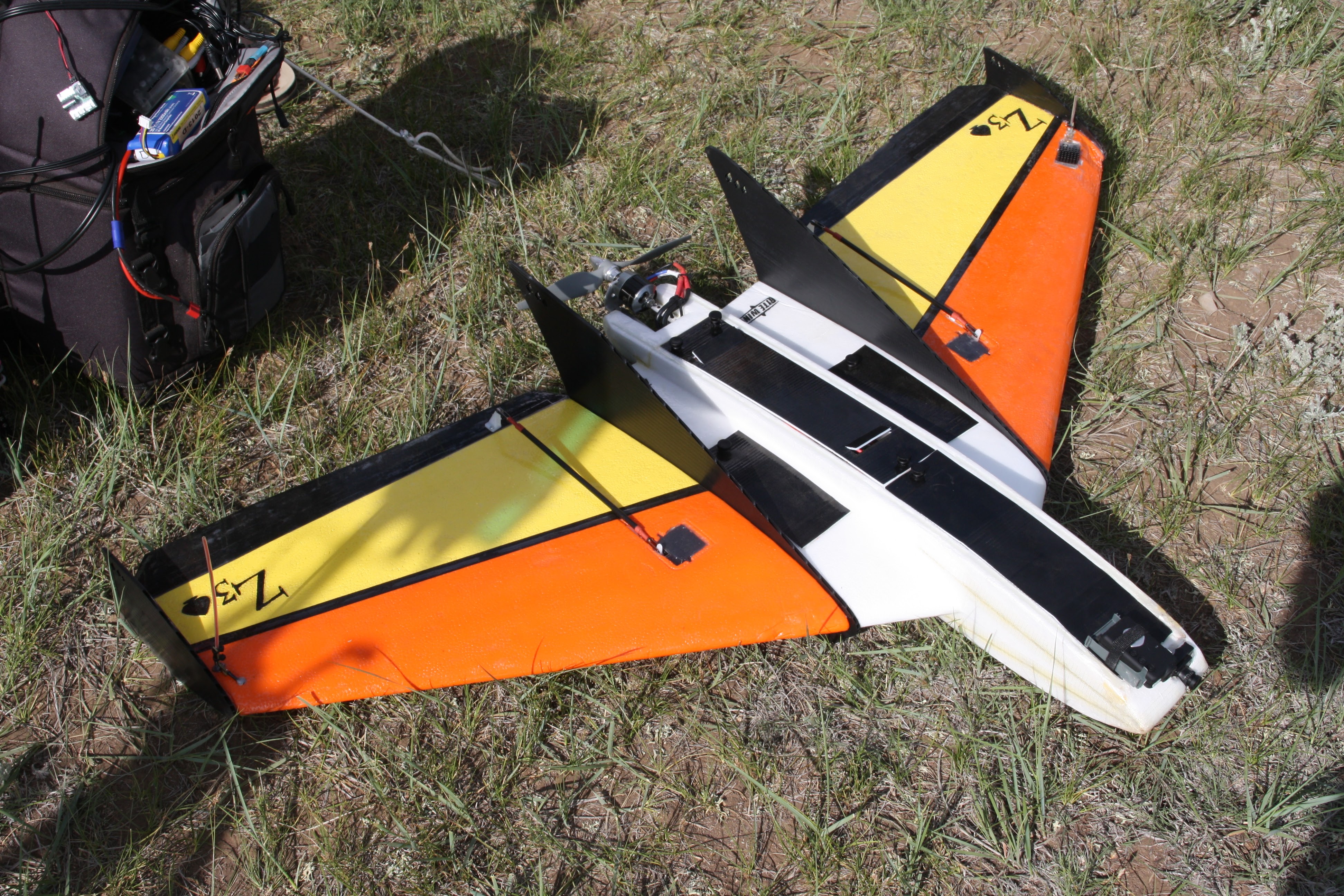 I want to clear up a myth about the FAA's proposed remote ID rules that I've been seeing floating around. People think that amateur home-built model aircraft will be largely unaffected by this, since they can just fly at AMA fields. Or people think that to build and fly model aircraft outside of AMA fields, all they would have to do is slap some kind of transponder on their model and they are good to go. This is completely wrong. This proposal will effectively outlaw home-built model aircraft as most people actually build them.

The reason for this is the production standards. The proposal contains two completely different types of rules: operational rules and production rules. The operational rules allow UAS without remote ID to be flown at a FRIA site. The production standards prohibit anyone from producing a UAS that does not comply with the remote ID rules, regardless of whether it is even flown. Just building a UAS for private use that does not comply with remote ID is a violation of the law, unless one qualifies for an exemption from the production rules.

Many people (including the AMA apparently) read that amateur-built models are exempt from the production requirements and think that means they're fine. However, the devil is in the details, which in this case is the definition of amateur-built, which "means an unmanned aircraft system the major portion of which has been fabricated and assembled by a person who undertook the construction project solely for their own education or recreation."

The FAA's proposal clarifies that this means more than 50% of the total components in the Unmanned Aircraft System (which includes the ground control station) must be fabricated and assembled by the hobbyist. Home-built models using mostly parts that are pre-fabricated and purchased separately are expressly excluded from this exemption:

UAS assembled completely from pre-fabricated parts. The FAA anticipates that some model aircraft enthusiasts may assemble UAS entirely from pre-fabricated parts and that commercial vendors may wish to sell UAS parts, including packages that contain more than 50 but less than 100 percent of the parts necessary to build a UAS. The resulting UAS would not qualify as amateur-built because the person building it would be fabricating and assembling 50 percent or less of the UAS. The UAS would not qualify as built from a kit because it did not include 100 percent of the necessary parts. Under these circumstances, the person assembling the UAS would be considered the producer and would be required to comply with the design and production requirements of proposed subpart F. (NPRM p. 152.)

We’ll leave aside the fact that the proposed regulation provides no way to quantify parts. Raw number of all components down to individual chips on circuit boards? Number of black-boxed components like receivers and flight controllers? Total mass? As currently written, the amateur-built exception to the production requirements would not apply to the vast majority of modelers.

Even assuming parts are quantified by black-boxed components, most amateur model aircraft would fall into the pre-fabricated, rather than amateur-built category, as most people assemble model aircraft from a collection of pre-fabricated parts they buy separately from various manufacturers. They might buy the airframe as a pre-cut styrofoam body (for planes) or carbon fiber sections (for quads), then glue/screw it together and mount and wire up motors, flight controllers, speed controllers, receivers, and cameras and video transmitters for FPV craft.

The most anyone ever fabricates themselves is the aircraft body. Nobody is fabricating their own receivers, speed controllers, lithium batteries, motors, or remote controllers, so virtually no model aircraft hobbyists would actually qualify for the amateur-built exception which requires more than 50% of parts (however that is quantified) to be fabricated and assembled by the builder.

The vast majority of RC hobbyists would fall under the category of using more than 50% prefabricated parts that do not come as a single kit with 100% of the parts necessary to fly. The proposed regulation would treat such modelers as UAS producers, and would require them to comply with all the production standards to produce and certify a UAS as RID compliant. This process is long and convoluted, and is clearly contemplated to only be used by large corporations developing mass produced UAS to be sold to consumers (the proposal estimates this process would only ever be used by a few hundred corporate entities).

Let’s assume a hobbyist could even comply with the technical requirements to equip a model with remote ID (doubtful given the tamper-resistant requirement which would at minimum prohibit the use of open source flight controllers and could be interpreted to require the person who built the model to somehow prevent himself from bypassing the remote ID system). The certification process requires the purchase of multiple standards that could cost hundreds of dollars to even read, and the filing of extensive forms and reports with the FAA that is estimated to exceed over 50 pages and take hundreds of man hours to produce. It would be completely impossible for any individual hobbyist to comply with these procedures for their home-built model aircraft.

Thus as written in the currently proposal, building your own home-built model aircraft the way the vast majority of hobbyists actually do that would be illegal. It doesn’t matter where you fly them, or even if you fly them at all. Merely building a UAS without equipping it with remote ID and following the process to certify it with the FAA would be an independent violation of the law. It goes without saying that this would be completely unenforceable, but that’s not the point. Legally at least, this proposal will completely outlaw home-built RC model aircraft as they are actually made by hobbyists.

The FAA attempted to disguise this by putting in the amateur-built exemption, and then defining it in such a way as it will be impossible to actually qualify for. I fully expect the AMA to fall for this trick and act like everything is fine because of the amateur-built exemption and the FRIA sites, because they have always sucked at statutory interpretation and anticipating how regulations affecting model aircraft will actually be applied (Sec. 336 anyone?). That’s even without considering that the FRIA exemption for AMA fields is only intended to be temporary and will be phased out over time, leaving hobbyists with nowhere to fly where they are not subject to the operational remote ID requirements.

No matter what the AMA says, this regulation will be the death of amateur home-built model aircraft, period. It doesn’t matter if it’s a quadcopter or traditional RC plane, flown by an AMA member or not. We’re all affected by this equally, and all RC hobbyists have a duty to oppose this regulation wholesale as bringing about the extinction of our hobby.