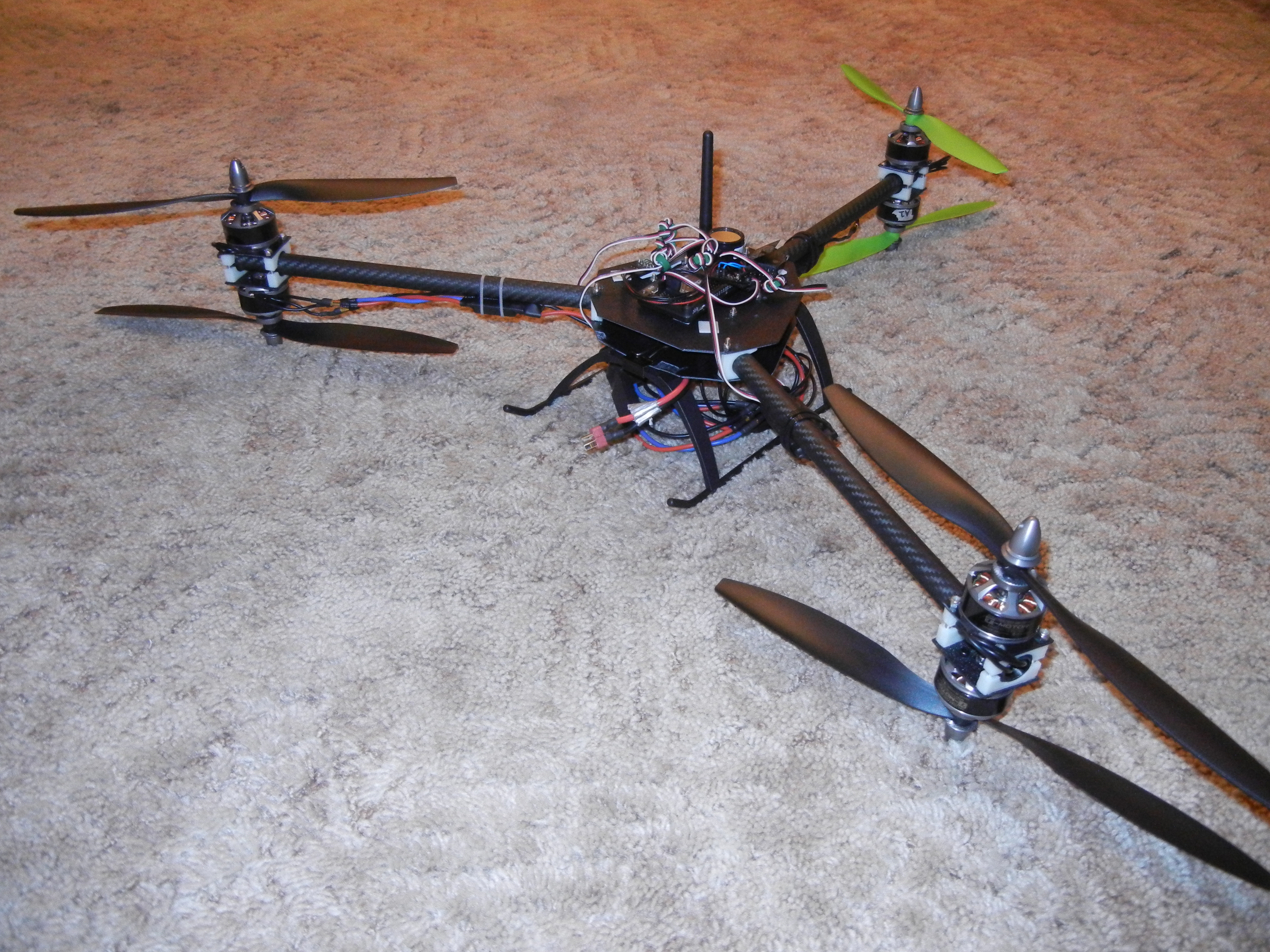 It all started with a desire for a lightweight, compact, easily-foldable Y6 airframe... but after hours of scouring the interwebs, I wasn't able to find what I was looking for. I also didn't like the idea of having to carry tools to fold/unfold my copter, or the idea of dropping loose hardware out in the field.

So, I designed and built my own. Ta-da!

The design features carbon fiber plates and tubes, 3d-printed ABS mounts, and a coaxial motor mount with built-in vibration damping. The snap-fold mechanism is very secure, allowing me to go from backpack to flight-ready in seconds -- no tools required! I'm still working on optimizing the electronics mounts and wire routing, but everything has come together quite nicely so far. (These photos were taken with surrogate ABS plates... CNC-cut CF plates should be here this week!)

The most unique feature of this design is that it can also be built as an X4 or even X8 with the same frame parts! Both X and Y variants are approximately 27" in diameter, folding down to about 17" for transport. 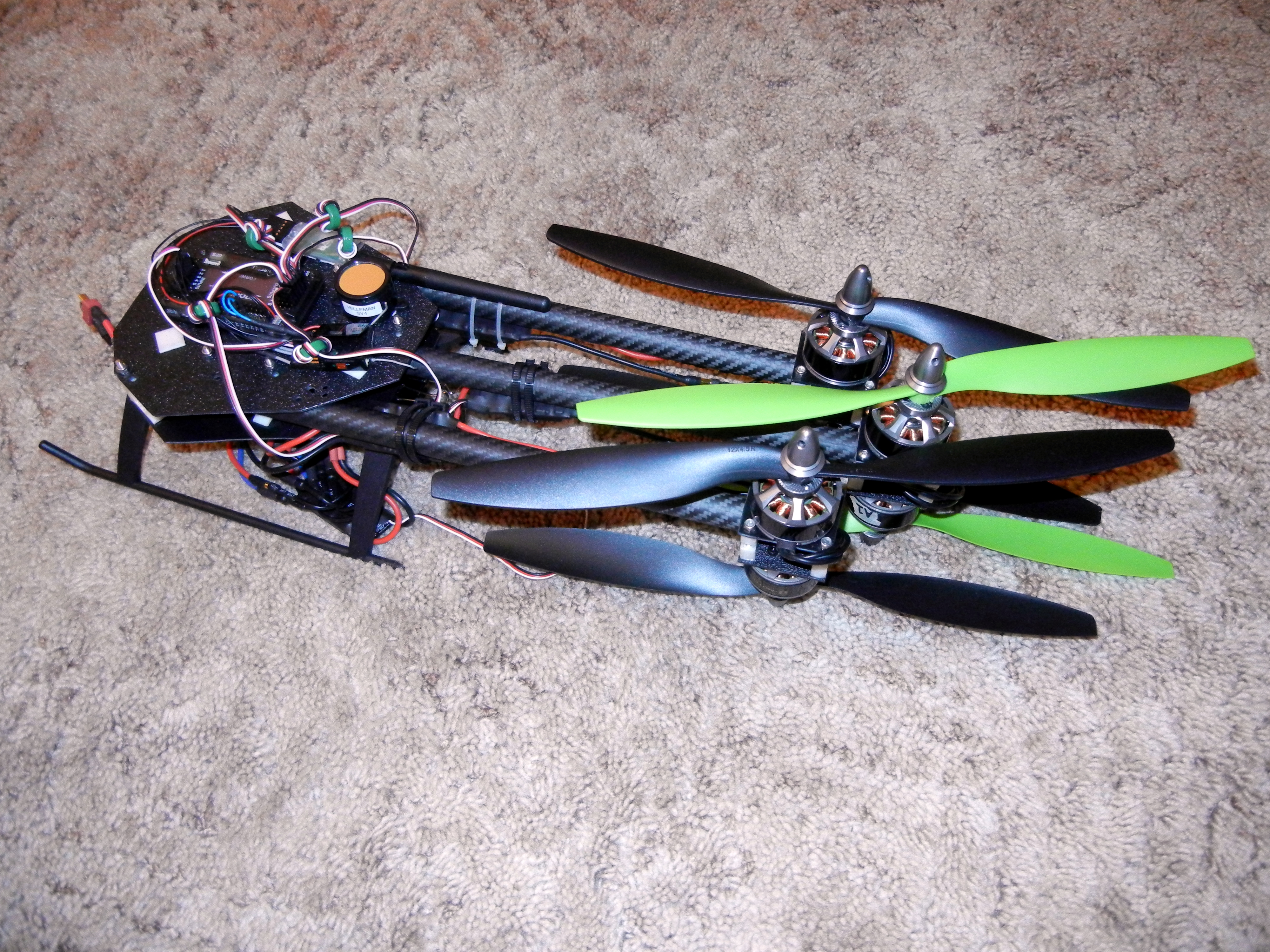 Here's a look at the folded X4 strapped to my backpack. It's super lightweight and I can hardly tell the copter is there. I can't wait to hike this thing up a mountain and fly a GoPro around! 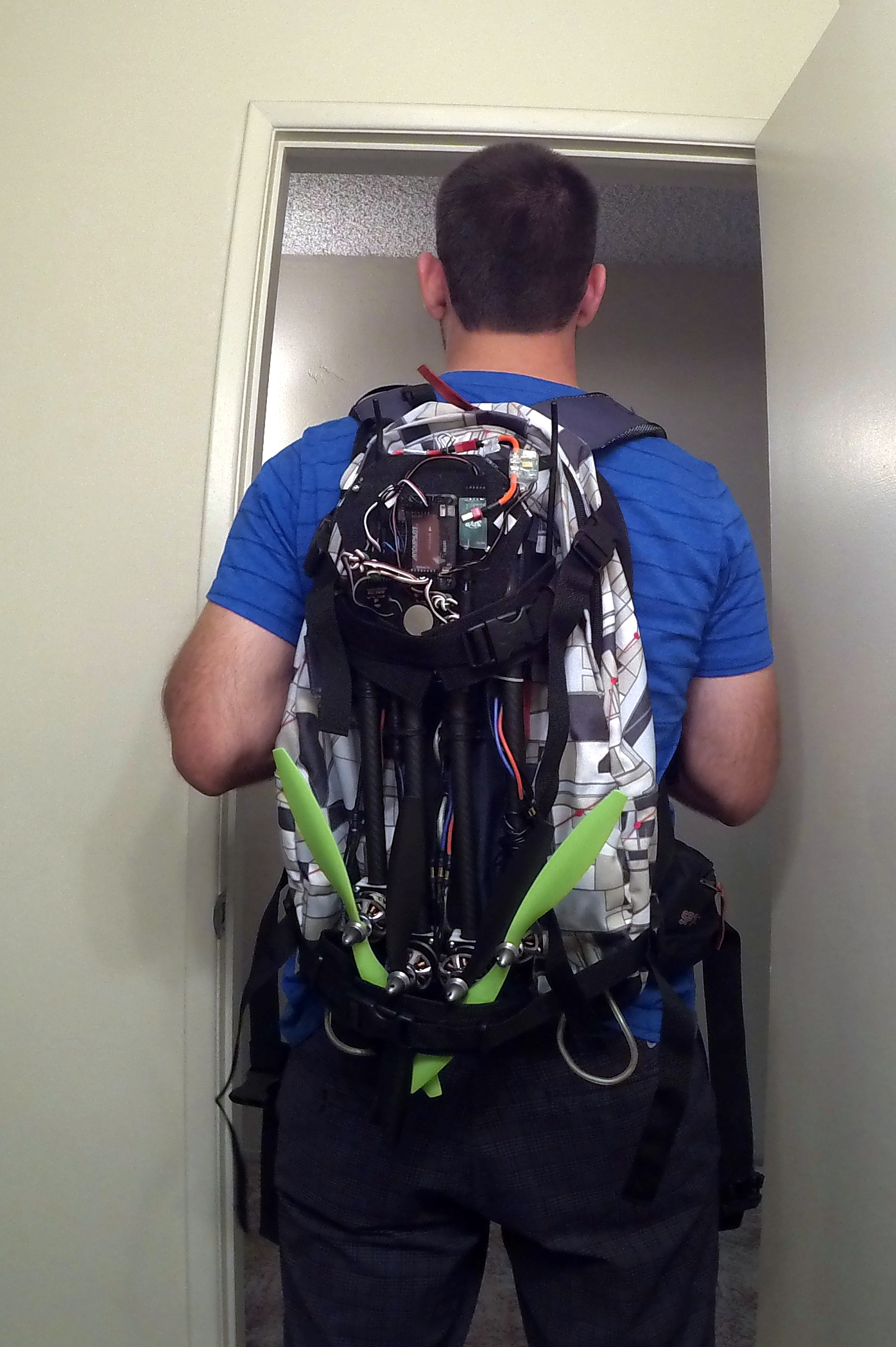 As for the light-weight objective mentioned above, the Y airframe weight is about 200g, and the X is about 30g more. With everything except a battery, my X4 weighs 994g, and the Y6 weighs just over 1200g.

I've only brought it up in a hover so far, but I'll be conducting endurance testing in the next week or two. With a 4s/5Ah battery, I'm expecting 15-20 mins of flight time, depending on payload.

Finally, I plan to release the design files as OSH, but I need to tweak a few things first. If anybody's interested in the actual hardware, I have great contacts for both 3d printing and CNC carbon fiber plates.