Sorry to see them go. They had a great idea and worked really hard to get it right, but ran out of time and money. 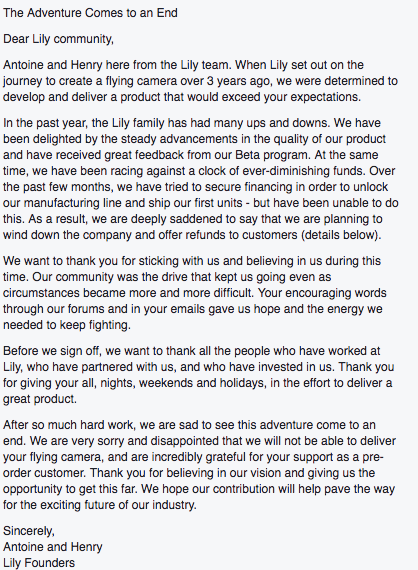